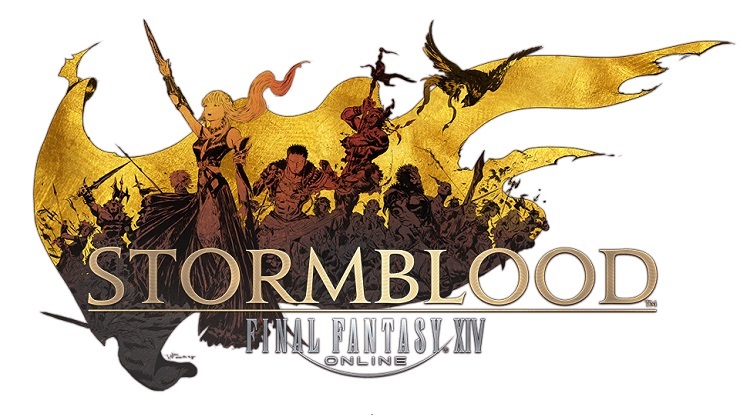 As someone who finds it difficult to stick to MMOs for longer than a month, I was incredibly excited for an excuse to return to Final Fantasy XIV with the release of its latest expansion. As much as I love the game, nothing had ever sucked me in enough to make me stay for good. I hadn’t even finished FFXIV’s first expansion Heavensward when I received my copy of Stormblood, but the promise of being able to explore new lands, raid new dungeons, and try new classes gave me the push I needed to finally finish it and boy, I’m so glad I did.

As with both A Realm Reborn and Heavensward’s questlines, Stormblood’s story is fantastic. This time, it’s all about taking back the city of Ala Mhigo from the Garlean Empire after a lengthy twenty-year reign and as you’d expect, it’s jam packed full of themes such as war, freedom-fighting and righteousness. Unlike the previous two main story scenarios, I found myself eager to power through the quests as I absolutely needed to know what happens next, like a good book you can’t put down. Side quests are a different story however and are more of the same slog as before, being mainly fetch-quests and having to kill certain types of monster which was disappointing as I was hoping for a switch-up there. Accompanying the fresh storyline are a handful of new places to explore. From the vast blue depths of The Ruby Sea, to the far-reaching grasslands of The Azim Steppe, the added areas bring something new to the game visually and if you compare them to the villages and cities from A Realm Reborn, it almost looks like a completely different game. Like with Heavensward, you are able to use flying mounts in these new areas and if you’re someone who appreciates views from above, I heartily recommend you view what Stormblood has to offer from the clouds because it truly is beautiful. If skies aren’t for you, though, diving and swimming have also been added and let me tell you this: it’s amazing. You can even use your flying mounts underwater which absolutely blew my mind. I even participated in races underwater with friends just to test out the diving and it was endless fun.

The main thing the expansion brought that I was slightly apprehensive about was changes to existing combat moves. Before, you could share moves between classes willy-nilly, but now, you’re given a preset list of cross-class ones that suit the class you’re playing as. While this change works perfectly and is actually quite useful, I can’t help but miss being able to use Cure as a tank to heal myself, especially if I was stuck with a slow healer in a dungeon. Job gauges have also been added for each class, providing a visual guide for certain moves and is a very welcomed addition in terms of resource management. There are also two new classes: Red Mage and Samurai, both DPS respectively and both very fun, although I didn’t reach for them over my main class. Something I’ve seen fans get very excited about is the level cap increase from 60 to 70. Whilst playing, there was a constant buzz about how players were going to spend their time levelling, whether it be through raids or PVP, and it even turned into a bit of a competition for some to see who could reach level 70 first. I spent a lot of my time farming the new dungeons for XP and if you’re worried they won’t match up to previous dungeons. Don’t fret – they’re even better as they add even more mechanics and gimmicks. For example, one of my favourite Stormblood boss fights saw the return of a summon from Final Fantasy VI who literally tries to kill you with kindness and it’s nostalgic yet funny moments like that which made my grinding experience so much more enjoyable.

I can safely say that Stormblood has reignited my love for Final Fantasy XIV for what seems like the long run. It made me remember why I liked it so much in the first place and has left me pining for it like a lost puppy every time I log off. Despite the fact I wasn’t too happy with the lack of side quest variety and the changes to the combat moves, the storyline and the sheer beauty of the new areas more than made up for it. I can easily say that Stormblood is one of the best games I’ve played this year and if you’ve yet to buy the expansion, I highly recommend that you do.

Side quests have no variety
Controversial changes to combat system

Stormblood is the perfect expansion for Final Fantasy XIV players who want something new and refreshing. With gorgeous visuals, new areas to explore and an immersive questline, it’s something players won’t want to miss.