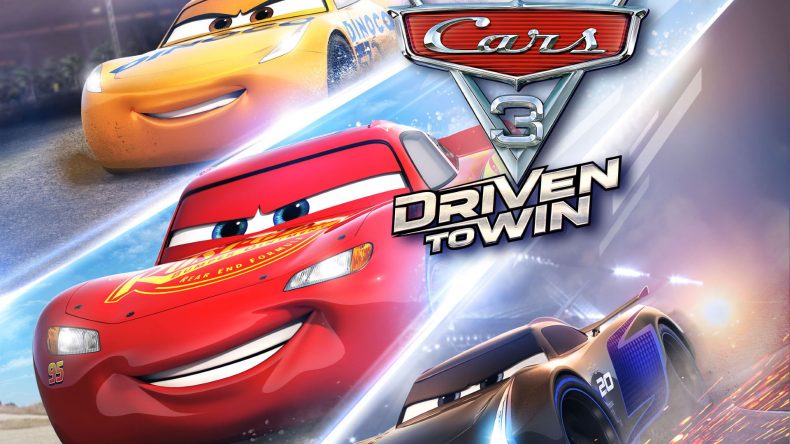 Cars is a strange franchise. The first film was excellent; a wonderful family film that extolled the virtues of friendship and humility, introducing us to the loveable Mater and, of course, Lightning McQueen. The sequel was greeted with much less enthusiasm, moving away from the race track and the sleepy town of Radiator Springs, into the world of espionage… for some reason. It was a decent watch and kids lapped it up, and I applaud Pixar for trying something different, but it was too far removed from the race car origins of the original and it seemed to be the end of the series.

But here we are in 2017 and Cars 3 has hit cinemas across the world. Returning to the world of motor racing and seeing Lightning McQueen still trying to compete against newer and more advanced machines, it seems as though Pixar listened to feedback and made the film that we arguably should have got in 2011.

Now, the Cars videogames have traveled a different road to the films, but have largely been overlooked by the masses. The original game was a great blend of open-world and various race events, really capturing the essence of Radiator Springs and its inhabitants. It also spawned a sequel of sorts in Cars: Mater-National, that was equally fun but underrated, and was ideal for kids. The Cars 2 game came along later and moved away from the open-world style, instead focusing on Mario Kart-style arcade racing, including battle racing, and I spent many an hour playing it at work during a particularly slow period. I suspect that its underwhelming sales had something to do with being related to a film that many people simply didn’t connect with, because I refuse to believe that people didn’t enjoy it. After looking to be doomed with Disney Infinity’s shock closure, Avalanche Software came back from the brink and has developed the new Cars 3 tie-in: Driven to Win. Set after the events of the new film but careful not to spoil much, this new title once again goes for the arcade racing style but injects a bit of character and storytelling into it. The whole premise is that Lightning McQueen is due for a rematch against Jackson Storm, but in true Rocky style, there is much training to be done in order to win that race.

This training basically involves completing enough challenges and races to unlock the final showdown. There are basic races, Battle Races, Stunt Showcases, Takedown challenges and more, all with their own unique traits. Races need no explanation, and Battle Races merely add weapon pick-ups to the mix, creating a little extra carnage; Stunt Showcase asks you to score the most points by performing tricks (more on that in a moment); and Takedown throws waves of generic vehicles, painted like crash test dummies, at you and you have to do your best to eliminate them all with weapons or by side-bashing them with a left or right flick of the right stick. There is even a sandbox area in Playground, allowing you to practice at your own pace and even find hidden Mac caps that are dotted around the area, or play Disney Infinity-inspired minigames.

Speaking of Disney Infinity, it should come as no surprise that Avalanche has built upon the driving mechanics used in its Toys-to-Life game and that Cars 3: Driven to Win plays almost identically to it. This isn’t really a bad thing though, as it means it’s simple enough for anyone to play and the handling feels solid. Triggers accelerate and brake, while holding circle will start drifts and pressing X will jump. Triangle fires weapons and square initiates boosting, which is accrued through performing tricks and stunts. There are several different ways to perform these tricks, and some of them are boosted by on-track arrows. You can drift over some, whereas others require a quick upwards push of the right stick in order to drive on two wheels, and then there are diamonds that denote the need to pull back on the right stick in order to drive backwards. Hitting big jumps allows you to perform more tricks using the right stick, such as flips and barrel rolls, all of which increase your boost meter.

Boosting is essential to winning races, especially on higher difficulties. Despite being aimed at a younger audience, this game is surprisingly challenging even on the medium setting. The AI has a whiff of rubberbanding about it, which can lead to many “how the hell did they get ahead of me?” moments, especially during the showdown events against special characters. It’s a shame really, as there’s a great racing game at the heart of Driven to Win but it’s spoiled by difficulty levels that are simply too punishing. If it were more to do with skill rather than dumb luck or the rubberband AI then I could get on board with that, but it’s just unfairly hard to beat your rivals a lot of the time. There’s quite a gulf between Easy and Medium too, which just makes it worse.

There’s some of that disappointment in the voice cast as well, unfortunately. The special characters, like the rest of the cast, just don’t sound right. Most are voiced by the film’s cast, but they genuinely sound like soundalikes instead due to some awkward voice acting, to the point where it’s not even clear if Owen Wilson voices McQueen or not. It’s especially noticeable when they’re repeating lines over and over, during races. That said, the commentator’s introductions and outros are great, and sometimes there’s some genuinely fun banter between characters mid-race. On a visual level, the Cars aesthetic is near perfect. Radiator Springs looks amazing, as do all the other locales, not so much down to raw technical displays but the art style and animation is pure Pixar. Every car is expressive and moves how they do in the films, and each environment is filled with little details that bring the locations to life. There are plenty of locations and tracks too, each well designed with tonnes of shortcuts and secrets to discover in your quest to win races.

Cars 3: Driven to Win is a game that nails the look of its source material and has so much potential, but it’s held back by some phoned-in voice acting and a difficulty level that goes against the young audience at which this game is aimed. It’s a massive shame as there is a really fun, easy-to-handle racing game at the heart of it all, with plenty of varied content to sink your teeth into.

The Switch version runs pretty well, for the most part, though there are definitely moments where frames are dropped. Generally speaking it’s a good version of the game.
Liked it? Take a second to support GodisaGeek.com on Patreon!

Despite nailing the Pixar look and offering loads of content, Cars 3: Driven to Win heads off-track because of its unforgiving difficulty.

You may also like
avalanche softwareCars 3: Driven to Win