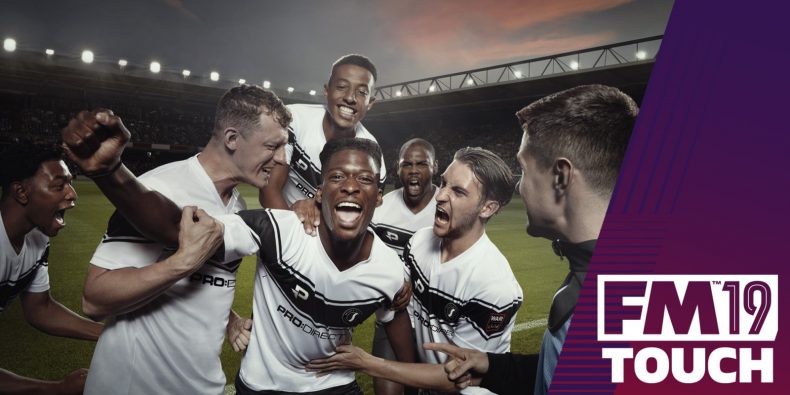 Earlier this year I had the pleasure of reviewing Football Manager Touch 2018 on the Nintendo Switch, a game that, while not as fully featured as its big brother, could still deliver those classic Football Manager moments that frustrate just as much as they delight. Now, less than a year later, FM19 Touch pushes its forebear out of contention – but just how much has changed in this new entry?

For the most part this is the same game many fans will have played back in April; there’ve been a few interface changes, but nothing groundbreaking. Selectable elements are still too small to actually make use of the ‘touch’ functionality (more on that later), and because of the considerable amount of options available to you, many of the menus are once again hidden and accessed by using the shoulder buttons on the Joy-cons. You are now allowed to take inductions to help new players get to grips with some of the finer complexities of managerial life, but much of the real micromanagement is still missing and, while Football Manager 2019 introduces VAR into the match engine, it’s noticeably absent here in the Touch version. Touch is still sadly lacking the ability to give team talks, so you can’t try to rouse your players with a monumental half-time speech, and when making substitutions during games you cannot see which roles suit a particular player best, leaving you with only your ability to remember details to figure out who is suitable to replace who (a big problem with someone as scatterbrained as me), and not only that but the substitutes screen is separated from the tactics screen, so you can’t adjust player positions when making substitutes, but oddly you can arrange substitutes from the tactics screen. It’s a really odd design choice, and would have been more effective had they ditched the ‘Make sub’ button and just amalgamated everything into the tactics screen.

Another irritation when making substitutions through the sub screen is the ‘hit windows’ for certain screen elements. You make personnel changes by dragging the player you want to sub onto the replacement – or at least, that’s the idea, but the actual window to get it to work is difficult to pin down, as there’s no highlight to indicate when you’re over the marker. I wound up making the wrong substitute several times and on many occasions didn’t realise that my substitute goalkeeper was now playing at right midfield. What’s worse is that it happened over and over again. This is 100% not down to my scatterbrain, as it’s often difficult to move players to positions on the tactics screen because you cannot see when you’re able to select the location you want, because the player marker is bigger than the position marker and thus obscures your view. The Football Manager games have always been known to be pretty processor heavy and FM19 Touch is no different. Many loading times are long, and most screen transitions take a while to occur after selecting something, so you’ll need to be patient with it after choosing something otherwise you’ll find yourself involuntarily jumping between screens. I know the Switch isn’t exactly a powerhouse when it comes to processing oodles of lines of code, but there again the match engine isn’t the most graphically demanding out there either. And yet it’s grainy and moves at a consistently low frame rate. After a couple of matches you’ll be heading into the options to switch the action back to the good old 2D Classic match display (trust me, it’s for the best).

Do I sound harsh here? I probably do, but there’s a good reason for that. Football Manager is a great series, Football Manager 19 is an excellent game, and Football Manager Touch 2018 was a great handheld version, but if you’ve got Touch 2018 and you buy FM19 Touch you’ll be wondering just why you’ve got the newer version when not a lot has really changed. Hell, if you haven’t got 18 then you really should get 19 because of the updated rosters, but otherwise it’s not worth the outlay if you joined the party back in April.

FM19 Touch is still a good game. If you’re a fan of the series and you own a Switch then this is the premier portable version of the franchise. Keeping an eye on the news tickers, plucking youngsters from nothing clubs and turning them into the new Ronaldo is still a thrill. I took Notts County on a great run of results, seeing six straight wins before we went off the boil and had to settle for mid-table mediocrity. It’s those moments, the brilliant highs and the crashing lows, that make the magic of Football Manager, and the experience is no worse with the smaller screen and slightly fiddly UI issues. If anything, I’d actually say that I’m not disappointed that FM19 Touch exists, but that 2018 probably shouldn’t have seen the light of day and Sports Interactive should have held off and just released FM19. That short gap feels ever so smaller when you consider it was the same year, and most of FM19 Touch’s issues have carried over from its predecessor, showcasing that overall not much has been improved or changed. Add an extra point to the score if you don’t already own 2018 Touch. This is no better than the previous game, but it’s not really worse; if anything it’s just a really bad fixture pile up.

Come on, it’s Football Manager
Inductions do a great job of explaining things

If you don’t own Football Manager Touch 2018 then this is the game you want. However, if you do own the previous game then this isn’t really worth the upgrade.