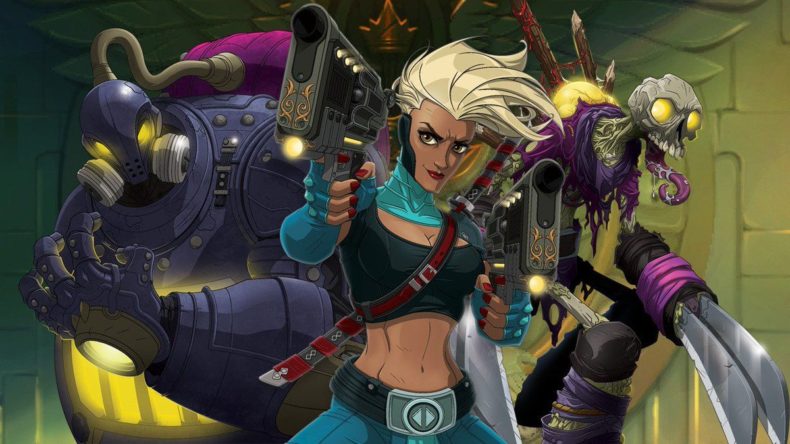 Pixel art games tend to feel fairly similar nowadays. They generally feel a little like a Metroidvania and have some form of an upgrade system. Although a little too linear for a Metroidvania, Foregone does follow most of the genre tropes. Despite this, it feels good to play and looks even better. It might not shock you, but it will entertain you.

Taking place years after a great war, you play a super-soldier who must attempt to fight back against an all-consuming evil known as the Harrow. You start near a broken down part of the city of Calagan with just the ability to jump and move. From the start of Foregone, it makes one thing clear: this is a game about upgrading. Every part of you will get better and stronger throughout your time with Foregone. This is something enunciated with its upgrade systems. Weapons can be changed out and upgraded with gold looted from enemies and abilities/ stats can be upgraded through blue shards. These are constantly changing and increasing as you make it through each area. There is a constant sense of progression that lasts till the end moments, and even further. 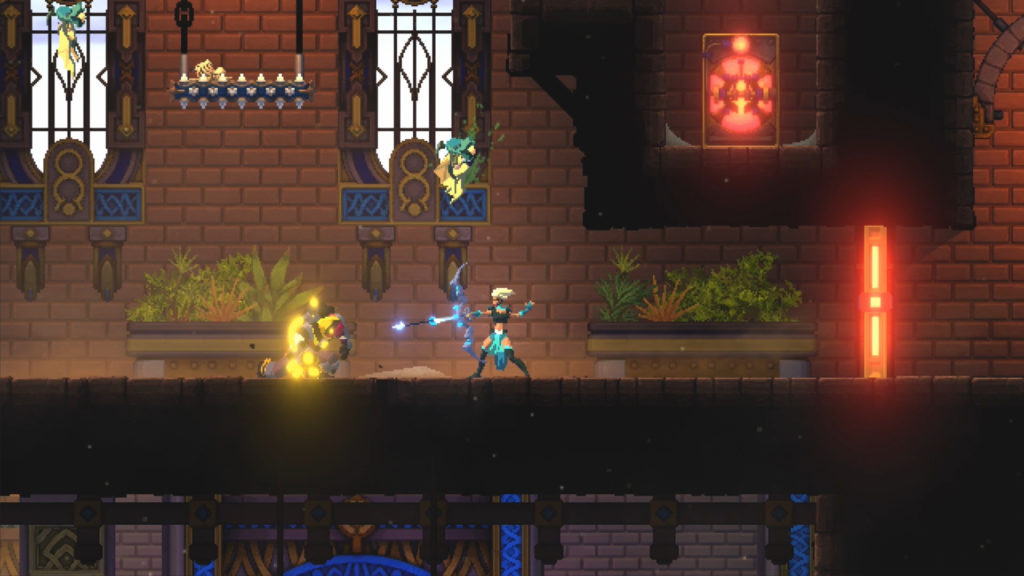 It helps that the gameplay is very solid. This game will likely be compared to Dead Cells a lot and that’s for a good reason. Using your melee attack is brutal and visceral often feeling quite heavy. Enemies usually go down very quickly but so will your health. The best way of avoiding there attacks is by swinging and then immediately dodging to safety. As well as your melee attack, your character also has a gun for ranged attacks that are powerful but get restocked with melee damage. Every hit restores one bullet resulting in a certain combative synergy. The combat feels really good in Foregone. Knowing these elements gets you halfway to beating the game but combining them and utilising them is how you win.

The general gameplay involves a surprising amount of platforming. Like Dead Cells (sorry, this will the last time it’s mentioned) there’s a double jump and ledge climb mechanic that can be combined with attacks. Sometimes, you can use your verticality in your favour or use a quick ledge mantle to dismantle an enemy. Progression, in both the story and upgrades is fairly linear. Whilst ability upgrades give you a choice, they only affect combat in minor ways. Whilst you can choose your weapon type, the way in which stats increase usually dictates your loadout for you. Why would you choose a gun style you like if the one you tolerate is much stronger? There is a multitude of melee and ranged types throughout Foregone that give a nice spin on the day to day combat. Sometimes, you might have a huge sword with a wide swing, sometimes it’s a pair of nunchucks with a gun at the end cleverly called “gunchucks”. Sometime you might have a pistol with lots of rounds or a machine gun with only a few. Due to its structured upgrade path, you sort of always feel like you have a choice over the minute to minute gameplay but most of that is, somewhat, an illusion. 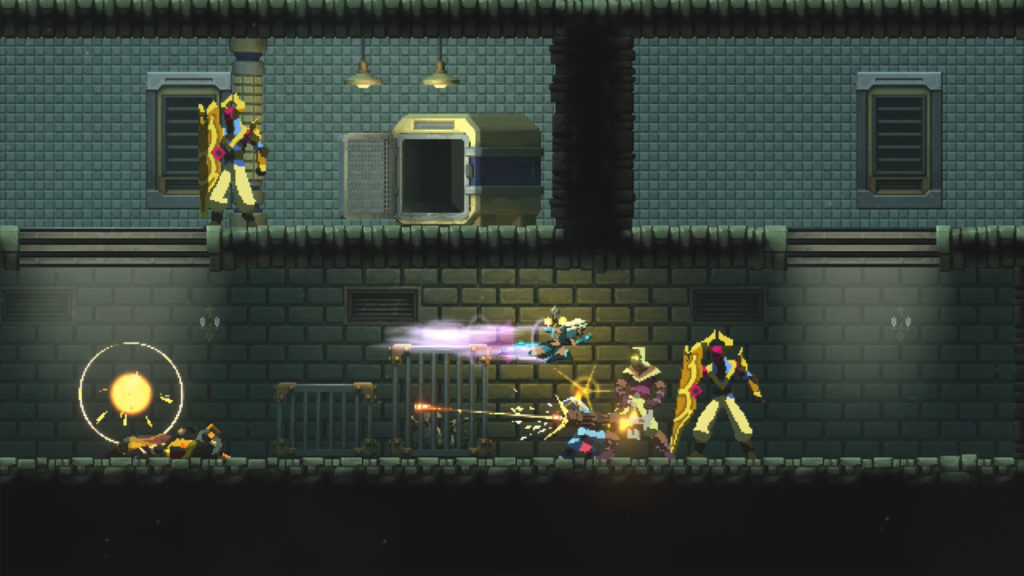 The exploration in Foregone is also a rather linear affair. Most of your time will be spent pushing in certain directions and taking out any enemies on the way. It drops that Metroidvania style for a much more streamlined approach. This doesn’t mean there isn’t backtracking; upgrading requires going back to a central hub and puzzles will often send you in circles before getting to their conclusion.

All of its puzzles feel satisfying but not infuriating. They’re never very hard but often not insultingly easy. Your time in Foregone probably won’t be a difficult one. Its upgrade systems help to alleviate damage, its puzzles can be worked out quite quickly, and enemies stay relatively similar most of the game. It seems, from the very first moments of Foregone, you will have most of what it can offer you. It shows its hand and then lets you take that in as you explore around. Apart from a few new mechanics and new weapons, everything tends to feel the same. This similarity is both Foregones biggest strength and the harshest critique that can be levied against it. On the Switch, I basically never had so much as a dropped frame – its general performance was perfect. The gameplay is smooth throughout the entire experience and that constant progression should keep you entertained, more or less, throughout the whole game.

This being said, that’s all there is to it. It doesn’t solidify itself as a new experience and could easily feel like a DLC to other 2D action RPGs. Its sense of identity is more or less lost throughout the game and it doesn’t offer too many corrective steps. Foregone offers a consistent and enjoyable experience but doesn’t do anything you can’t find elsewhere. From the first few minutes, the rest of the game was a foregone conclusion.

Foregone offers a consistent and enjoyable experience but doesn’t do anything you can’t find elsewhere.