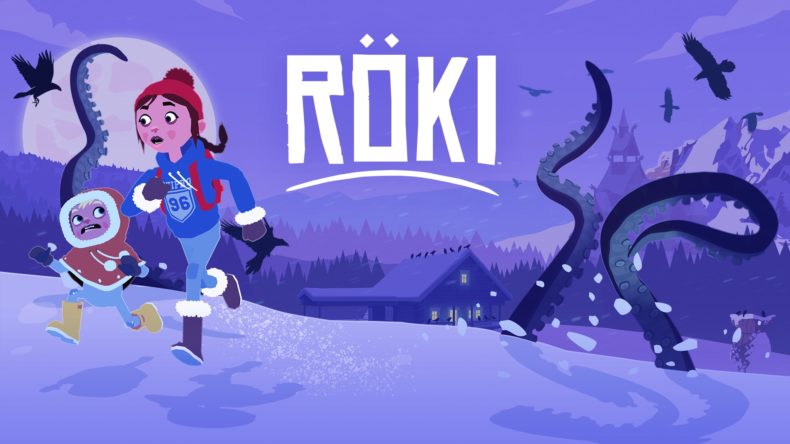 I missed out on Röki when it was first released on PC back in the summer. However, this lovely, warm game filled with adventure and danger is perhaps best suited for the autumnal release of the Switch version. Curled up in a blanket playing through this delicate story of loss while it rains outside conjures strong feelings of nostalgia. There is something familiar about Röki and its world of magical creatures that calls to mind old 80s kid’s movies such as A Neverending Story and Labyrinth. I may not be familiar with all the details of Scandinavian folklore, but there is a feeling of kinship in the stories that cuts right across cultures.

The story of Röki is delicately told and features two young siblings Tove and Lars. They have suffered an unspeakable loss in their short lives, that neither of them seem capable of speaking about in any great detail. This loss is ever present and surrounds both of them, fundamentally changing their relationship. Tove in particular has had to grow up very quickly and is the primary carer for her younger brother Lars. She has been keeping him safe, warm and fed and when something happens that means Lars is captured by dark forces and taken deep into the forest that surrounds their home, Tove feels it keenly. She is the sole person tasked with saving her brother and must confront her fears and face the perils of the forest to rescue him. 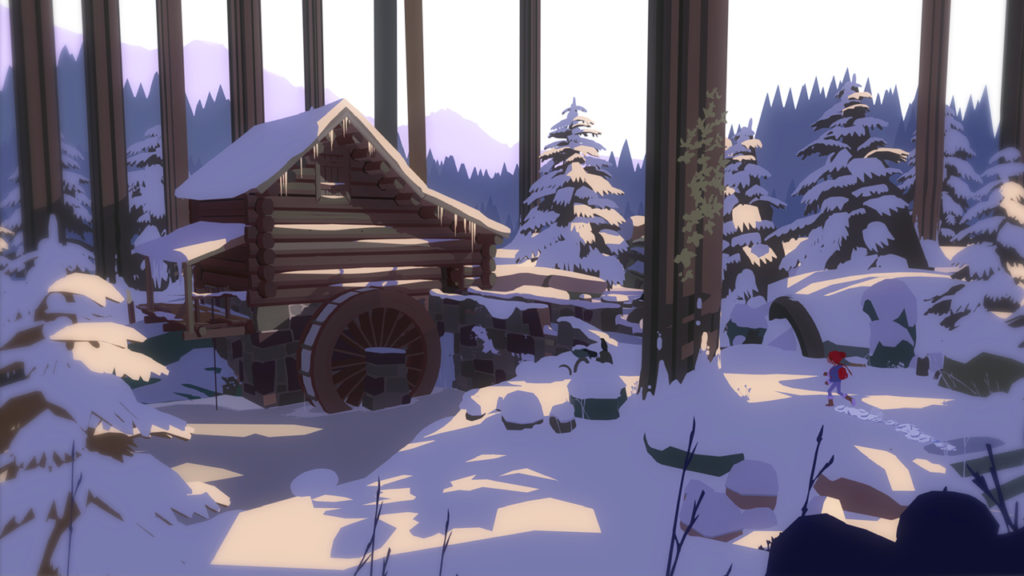 Röki is fundamentally a point and click adventure game. The puzzles and their execution are beautiful in their simplicity. Tove works her way through a variety of environments with hidden secrets. Caves and long abandoned structures as well as creepy dank forests hide a multitude of creatures and clues. Various obstacles will hinder her progress and she must scour these environments for items that can be used. Once located, these items are placed into Tove’s backpack until they are required. Once the right items have been found it is a simple process of dragging them from her backpack and dropping them onto the obstacle in question. It is a shame then that some of the Switch’s specific features haven’t been utilised in this version. It feels like missed opportunity to have not taken advantage of the unique touch-pad features that the Switch offers in hand held mode.

It is a small observation in the grand scheme of things though as Röki is delightful from start to finish. The visuals have a stylised simplicity to them that look great in both docked and hand held. And for the most part the game runs smoothly on the console. There were a few issues where the pathfinding for Tove when she interacts with an item or character seems a bit messed up, and in these instances the game would pause momentarily before catching up and positioning her in the correct spot. This only happened a handful of times and seemed most prevalent during the lengthy second section of the game where you are working on multiple threads of story at once. It had the effect of slowing down the pace a fraction, but little else impacted negatively.

Röki is wonderful. It’s a fairytale deeply rooted in nature and manages to capture the feeling of a child lost in the woods who views the strange happenings with a childlike innocence. It’s puzzles are are simple and logical with the effect of keeping the pacing of the narrative moving at a consistent pace. The narrative itself is delicately told and is a moving study of grief and loss, as well as forgiveness, and it has an earthy, warm, nostalgic feel to it that I adored.

Röki is a wonderful fairy tale adventure with an affecting story, delicately told. It's a shame that this Switch version doesn't take advantage of the unique console features, but it does nothing to diminish this lovely, warm point and click adventure.

Bear With Me Coming to Consoles in Q2