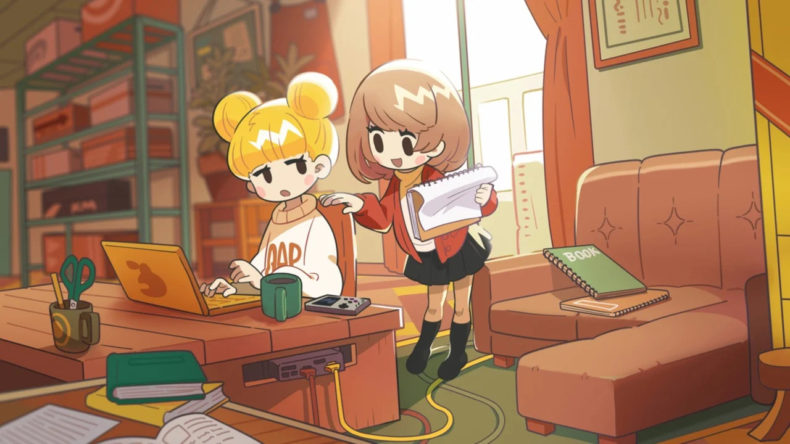 It’s easy when you play a lot of video games to forget about the amount of effort that goes into making them. I can’t even imagine the amount of time it takes to make even the simplest of games, especially when you take into account aspects like the visuals and audio. Goodbye World is a game about the struggles of game development, and about when it’s time to give up on your dreams.

While in college together a talented young artist called Kumade met a programmer called Kanii, and decided if they worked together they might just be able to make the next hit indie game. After winning a local game design contest, they decide to move in together and try to make a career out of video games. Unfortunately life isn’t always that simple.

Kanii really doesn’t want to fail in this endeavour, so starts to chase what’s popular and in doing so loses sight of the game she always wanted to make. Kumade on the other hand is feeling the stress of paying the bills, and since she’s the only one who can reliably hold down a part-time job has to take on more responsibilities than she should. The story Goodbye World is telling isn’t a particular cheery one, but it will definitely resonate with anyone who has had to face the stresses that life throws at us. 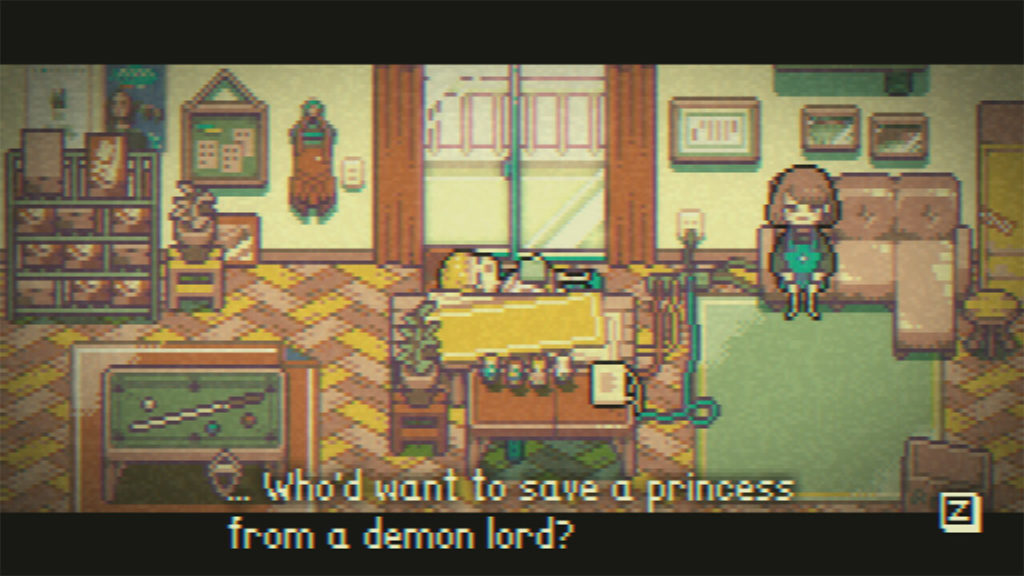 Ultimately Goodbye World is a video game, so you’re probably wondering what part of it you’re in control of. Well each scene of Goodbye World features a level of a fictional Game Boy game to play, which is an important part of the narrative. Once you’ve beaten (or failed) at the level of “Blocks” you’ll be rewarded with some story, and the cycle continues.

Blocks is a fairly simple game, as most Game Boy games were. You control a little creature who can jump around, and destroy and place blocks. Using these powers you need to solve simple platforming puzzles to find the key in each stage and take it to the goal. This game within a game is fairly enjoyable, but the novelty is how authentically it feels like a Game Boy game. From the loading screen to the green background, this game could have easily released in 1993.

There’s an issue that comes with this authenticity though, and that’s in the control scheme. Because you need buttons to both place and break the titular blocks (and the Game Boy only had two buttons and a D Pad) jumping is assigned to the up button and it just feels awful. Especially in later stages where spikes and enemies become more plentiful, jumping over them with any level of precision is a nightmare. Using one of the many other buttons available on modern consoles instead would have solved this, and it’s a real shame. 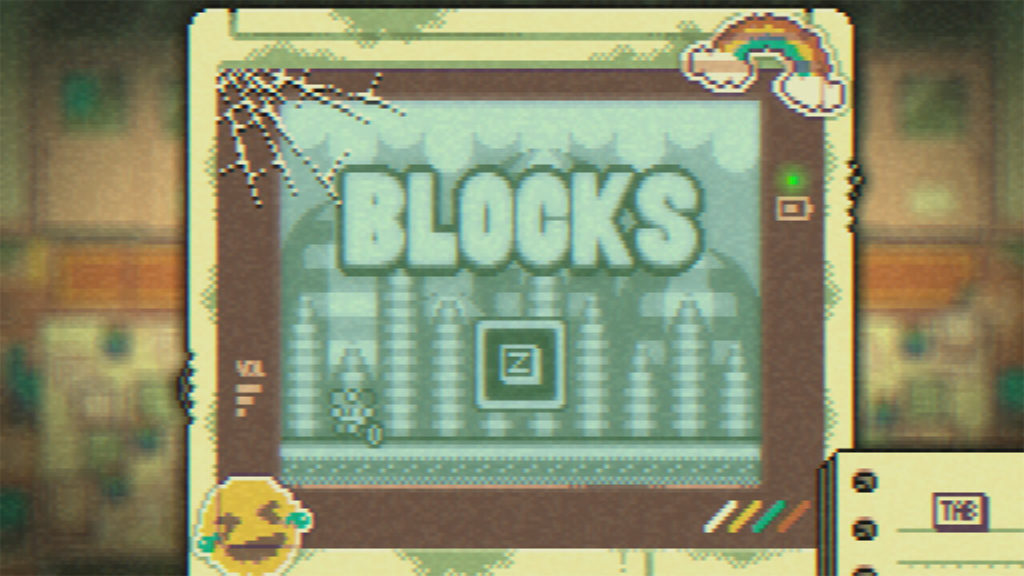 Outside of the retro platforming, the story sections have their issues too. The pacing of the dialogue is just so sluggish, with huge pauses as the conversation changes from one character to another and numerous flashbacks to scenes you’ve already played despite the game only lasting around ninety minutes in total. I love the idea of the story being centred around the process of game development, but ultimately Goodbye World just doesn’t pull it off.

There’s one other issue I had with the game and it’s the visuals, or should I say with a specific visual effect. You see there’s a strange blurry film grain effect that’s plastered over every scene of the game, and it just looks dreadful. The text especially is so blurry that I had to check I wasn’t having issues with my eyesight, which is frankly just ridiculous.

Goodbye World is an interesting concept for a video game, but ultimately it just doesn’t stick the landing. The narrative pacing is far too slow, the retro game sections are underwhelming and even the visuals are off-putting. I really wanted to love this game because the story obviously came from the heart, but in the end I couldn’t say goodbye to this world soon enough.

Platforming doesn't feel good.
The pacing of the story is far too slow
Blurry visuals are incredibly off-putting

Goodbye World tells an interesting story about game development, but the slow pacing and gameplay issues really let it down.

Flyhigh Works is bringing OPUS: Rocket of Whispers to Nintendo Switch next week