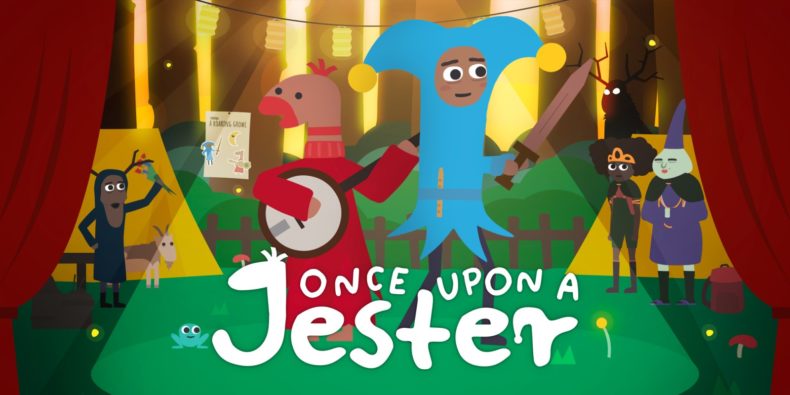 I’m not somebody who cares very much about music, but that doesn’t mean I don’t love a musical. Whether it’s Joseph swirling around with his technicolour dreamcoat or Danny and Sandy’s whirlwind romance, I’m always (unsurprisingly) in the mood for a big camp singalong. We don’t really have many musicals in video games, but fortunately Once upon a Jester is here to rectify that travesty.

Our protagonist Jester doesn’t have the most glamorous life, living in the small settlement of Dorp Town and stealing to get by with his friend Sok. When the duo hear word that the winners of a Royal Theatre contest will get to perform at the castle, they hatch a plan to steal the king’s massive diamond and live the rest of their life in luxury. This means traveling across the land and performing in various towns, so get ready for some theatrical hijinks.

To win the theatre contest teams must travel to the three major cities and collect fifteen bouquets by performing shows that entertain the citizens, which is easier said than done. You see the people of Once upon a Jester have very discerning taste which changes daily, and it’s up to you to keep up with the trends and put on a show they’ll love. 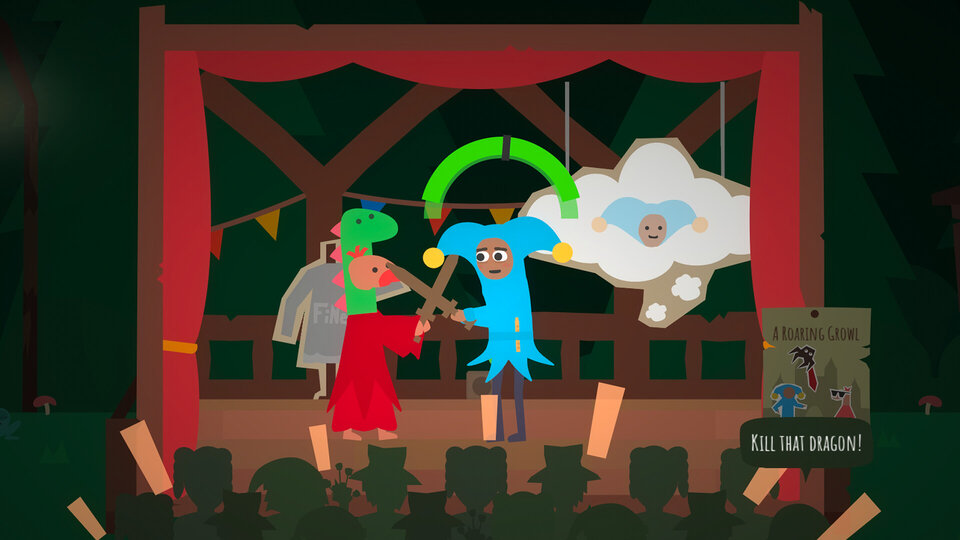 By exploring the town each day you’ll find citizens talking about what they like and dislike, and you’ll need to take that into account in your performance. One day the mood in town might be that they want to see some action and no romance, whereas the next day a drama free musical might be what’s hot. Once you’ve got an idea what the people want it’s time to make a poster out of stickers you’ve collected throughout the game, grab Sok and get on the stage.

You have a limited number of plays you can perform, but each of them can play out very differently based on your choices. For example your first play involves Jester meeting a dragon, and depending on what the crowd want you can either slay, befriend or even fall in love with the scaled beast. The improv plays are always very entertaining, and based on your choices and how well you do at the mini games throughout you’ll be awarded up to five bouquets.

The world of Once upon a Jester is a weird and wonderful place full of even weirder and more wonderful characters. There are talking ice creams that argue about how best to sell ice cream, magical wizards obsessed with music and even Sok is a walking, talking sock puppet. There’s not a single character who isn’t as charming as they are silly, and they really bring the game to life.

No more so when they burst into one of the game’s many fantastic songs. From songs declaring love to characters you haven’t met yet to performances designed to repel an evil witch, the daft tunes never ceased to make me smile. They’re also often genuinely funny, which as we all know is pretty rare for a video game to pull off. 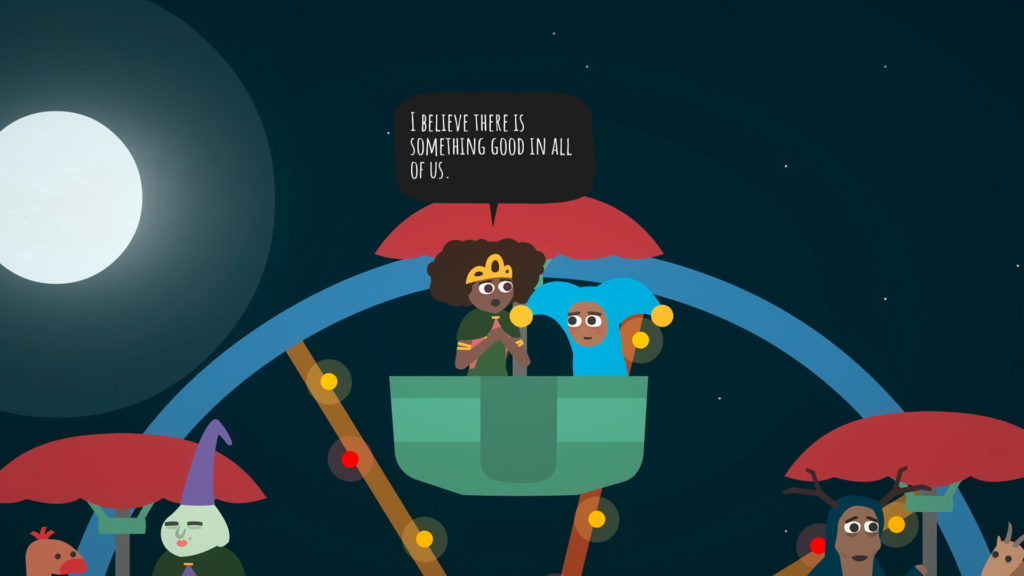 The voice acting really lends itself to the humour too. The cast are really talented, with some well known voices lending their skills to the game. Perhaps the best aspect of the voice acting though is the inclusion of a few botched lines. Occasionally a character will just completely mess up what they were going to say, to the point of being completely different to the subtitles. It just adds an offbeat flair to the game, and really suits the silly vibe.

If there’s one issue that Once upon a Jester has it’s that sometimes the shows are a little bit samey. When the trends of the day mean your shows end up being similar and you have to play the same slow paced game of Simon Says again and again it just gets a bit old. It’s not a huge issue that comes up often, but it’s just a shame there’s not quite enough variety.

Once upon a Jester might just be the most charming game I’ve played this year, filled with delightfully silly characters, fantastic musical numbers and engaging performance gameplay. If a whimsical adventure that will make you smile from start to finish sounds like something you need right now, then Once upon a Jester is the easiest recommendation I could ever give you.

Once upon a Jester is absolutely delightful from start to finish, packed with utterly charming characters and fabulous musical numbers.