previous
In Between Review
random
next
The Witcher 3: Blood and Wine Review
1 like 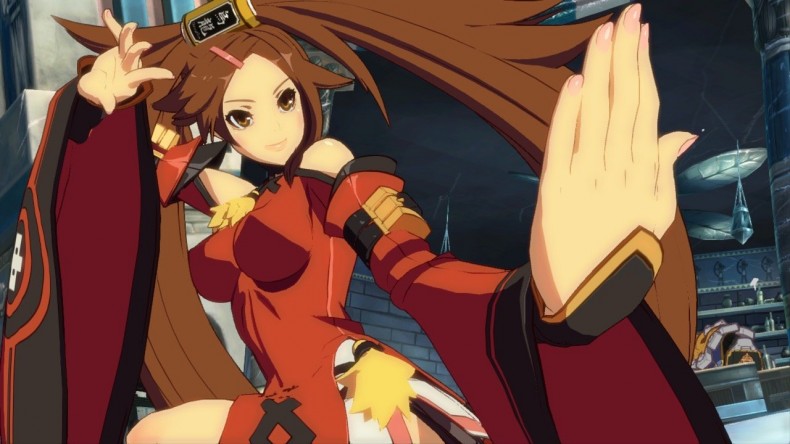 I have a confession to make: I’m terrible at fighting games. Things have moved on from the simplicity of Street Fighter 2, and now they’re covered in layer after layer of systems, bars and terminology, I don’t know my cross-ups from my poking, but it at least that doesn’t stop me from enjoying them with friends. Guilty Gear Xrd Revelator understands that not everyone can be an expert and, despite its ludicrous characters and premise it wants everyone to understand it, from tournament pros to button bashers, and it comes with a suite of modes to ease practically anyone into it.

From the start you’re put into a tutorial that teaches you basic movement and attacks, before the game throws you into assault courses that need to be navigated with your newfound mobility, against enemies to be taken out with basic combos. From then you’re given a whole new set of lessons to teach you more advanced techniques, and from there you can go onto missions that allow you to try a stricter learning regimen to see how you well you can execute moves under duress. It’s exquisitely done. Before long you’ll have the basics down, be performing Roman cancels to lengthen your combos and able to judge your zoning to a better degree. Additionally to this, if you find that you’re still struggling to get to grips with what the game is asking, Revelator borrows ‘Stylish’ mode from its stable mate Blazblue. This will string together the combos and special moves for you based on your proximity to your opponent and also automatically block if you’re standing still (except crouching hits). There are downsides to this though: you’ll take more damage, and traditional inputs don’t work, which means that as flashy as Stylish mode makes you look, technical players won’t be at a disadvantage against that play style.

Once you’re out of the dojo and confident in your abilities you’ll find the game has a range of modes to choose from in which you can hone your skills against differing odds. You’ve got your usual versus mode to challenge your buddies in local combat, and then online in fantastic 3D lobbies (if you’re brave enough to test your abilities). Single player has M.O.M mode within which you choose opponents that come with certain buffs and resistances; beating them earns medals and currency which can be used to unlock perks to buff your performance in M.O.M. and also unlock art, music, sound effects and character colours for use in the other modes.

After that you have ‘Episodes’ (not to be confused with Story mode), which take you through a series of fights with interspersing vignettes that tell you what your chosen character went through between the story of GG Xrd SIGN and the story contained in Revelator. You see, you don’t actually play Revelator’s Story mode, it’s actually a feature length anime for you to sit and watch as a bit of a chill away from the meat of the actual play. The story is completely rendered in the game’s engine giving you a chance to see just how good Ark System Works’ cel-shaded aesthetic is. It tells a story of warring factions, sneaky assassins and traitors in one big excuse for a bunch of weirdos and muscleheads to beat each other up. The characters are an odd bunch, with glorious hair, bulging biceps, pulsing pectorals, strangely tiny waists and odd names. You have Sol Badguy (actually a good guy), Bedman (a kid nailed to a bed and capable of astral projection), Faust (mad doctor with a bag on his head), May (diminuitive pirate who fights carrying an anchor); they’re really an odd bunch and all bring completely different fighting styles to the genre. I’m being serious here: Sin is a character who can perform dazzling combos, but unless he eats (done via special move) he will end up vulnerable to an attack, and there’s also Jack-O Valentine who can create minions that attack her opponent for her; there’s a real abundance of imagination behind not only the designs of the characters, but how they play as well.

All in all there isn’t much more in Revelator than there was in Guilty Gear Xrd SIGN, so unless you REALLY have to see how the story pans out there’s not much reason to pick it up if you’ve got its predecessor. The inclusion of Stylish mode and the extensive training available for newcomers makes this an incredibly welcoming entry into the fighting game genre if the stylings are to your taste.

Looks great
Wants newbies and pros to enjoy it

If you’re looking to get into beat-em-ups and can stomach anime and J-rock then this is a good place to start your education.

Guilty Gear Xrd -REVELATOR- is getting a European release this summer