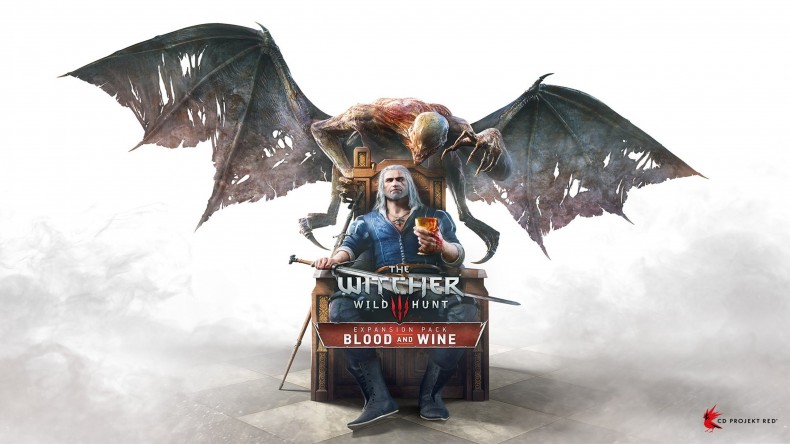 Blood and Wine is the final piece of story DLC for the sublime Witcher 3: Wild Hunt, and it really couldn’t have been more of a fitting end for the legendary monster slayer, Geralt of Rivea.

The final adventure takes Geralt to a land with which he has history, the parody of medieval France known as Toussaint. Just like it did in the books, Toussaint immediately feels like you’ve reached a safe point — it’s as if Geralt’s gone on holiday. Finally, out of the mud and the bogs and the shit that smears the Northern Realms, Toussaint is a pleasant, sun kissed valley with beautiful rolling hills and expansive meadows. The inhabitants are chirpy, full and content, as they live in a peaceful paradise untouched by the total destruction, famine, disease and poverty caused by the umpteen amount of wars that have plagued the Northern Realms. Toussaint, which is bloody massive and is brimming with stuff to do, is simply a pleasant place to be. Even though giants and vampires are flying your way within an hour of arriving, the sun is out, the views are stunning and it isn’t a completely depressing pit of misery and suffering.

Correlating with the tonal shift in the setting, the writers have dived head first into making the side quests, and parts of the main story line, absolutely hilarious. From rhythm battles, to parodies of one of life’s most mundane places; from a statue’s stolen balls, to one of the most hilarious examples of fourth wall breaks I have ever witnessed in games. It’s all solid gold. You can tell the writers are having an absolute ball with the free reign they’ve been given and it’s resulted in some genuinely proper funny, memorable moments. Along with a new Gwent faction (fuck yes), Geralt getting his own gaff and a deluge of side quests and contracts means there’s hours of content in Blood and Wine, with the vast, vast majority of it being thoroughly entertaining.

The main story line remains a little po-faced, as Geralt goes CSI to try and figure out what’s behind a recent flurry of brutal murders. What it lacks in outright humour it gains in thoughtfulness and kick-ass new characters, the best of which return from the book series and CD Projekt Red absolutely nail ‘em.

Anna Henrietta is the fierce yet astute duchess of Toussaint, she speaks eloquently and loves the fancy pleasures of life, but isn’t afraid to get rid of the niceties if she needs to. Regis is an ancient, deep thinking, higher vampire who’s prone to tedious monologues. He’s one of my favourite characters from the book series and I never thought I’d see him realised in the virtual world, so seeing him in his well-meaning yet accidentally condescending self was a joy. One of my favourite scenes in Blood and Wine is where Regis and Geralt are talking over a bottle of hooch in a graveyard, they ask each other deep questions and reminisce over their past adventures. This hit for me on geeking out on all the book history level, but even more so as it was a peaceful chance for Geralt to reflect and look back on his time. This kind of mirrored myself as I looked back on the countless amount of hours I’ve spent with The Witcher 3, and how I now have to come to terms with this brilliant piece of DLC signifying the end.

The main story does have some great moments and is better than 95% of all video game tales, but it feels just a little disconnected for Geralt, who seems like more of a bystander, an interferer, than a real cog in the conflict. It couldn’t quite live up to the personal emotions of the main game, and couldn’t match the high stakes of the concise, tightly written and fantastic Hearts of Stone. But it doesn’t matter all that much when you consider that along with the story there’s also a massive new world to explore and hours worth of content to delve into. CDPR have released a piece of DLC that would satisfy the requirements of a full game for most other companies.

A theme of the Witcher’s DLC is to make the boss battles seem grander and more difficult. It started with Hearts of Stone which had some fights that even began to impersonate Dark Souls, and that has continued in Blood and Wine as the big bads come thick and fast and are quite challenging, even on the easiest difficulty. They actually require you to use the Beastiary to find a creature’s weakness and then exploit it. It’s witchering at its finest.

Blood and Wine actually runs much better than the main game as well. I did a quick hop back to Novigrad to compare and the difference is clear to see. It runs a lot smoother with a lot less weird clipping and the camera is far less erratic in Toussaint. Just another wrinkle on why it’s a nice place to be.

However, that doesn’t mean a technical frailty didn’t strike down once again, as one mission was completely bugged. In the quest: The Warble of a Smitten Knight, there is a point in which you have to get on Roach to do a practise race, and at that point you can’t move Roach at all. I wasn’t able to complete the quest, which seemed interesting, and later when I went past a certain point in the story I ended up failing it. As someone who wants to experience as much content as humanly possible, that was quite annoying. I also found on a few occasions that I would start a mission that was my level, but would then be hopelessly battered by enemies that were far stronger than I, which also led to some brief moments of frustration.

But, those minor blemishes failed to deter my well documented love for The Witcher 3, and Blood and Wine is yet another wonderful edition to a world that I wish would never stop growing. It’s with weary eyes and a glistening tear that I wave goodbye to Geralt of Rivea and The Witcher 3, but what a fitting send off.

Blood and Wine, The Witcher 3’s final piece of DLC, could not have given such a remarkable game a more fitting send off. With a beautiful new world to explore, Toussaint is brimming with hours of content, stories, monsters to slay, great characters and a whole new bloody Gwent faction. The best of all is how the writers have been allowed to write some genuinely hilarious little stories -- you can tell that their having a ball and it had me in hysterics on several occasions.