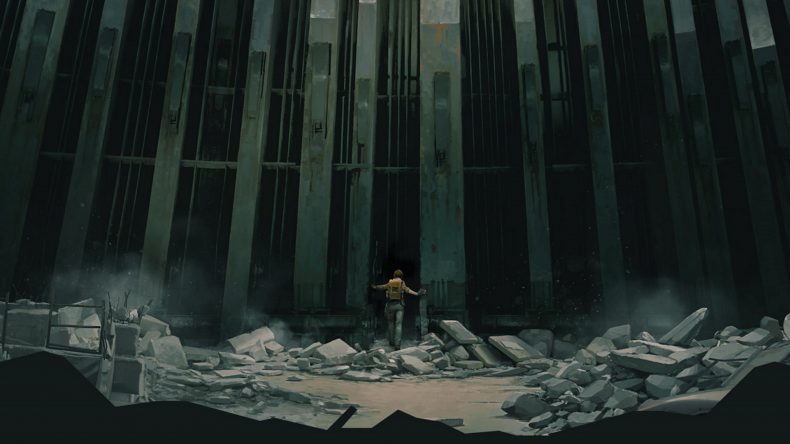 God damn it’s been a long time since I played anything Half-Life. In fact, it might even be The Orange Box or Portal 2 when I last visited the Half-Life universe, so it’s with a fair amount of excitement I tell you that Half-Life: Alyx is incredible, but also (potentially) expensive. I want to tell you it’s a system seller and that, yes, you should buy a high-end PC and a Valve Index to play this game alone on, but the truth is that like any game on new technology, it takes someone pushing boundaries before others follow, and then the tech enters “must have” territory – and boy is this a great game that pushes VR in the right direction.

Now I’ve played a fair few shooters in Virtual Reality. From Vive to Rift, with an enormous smattering of PSVR and even some Switch Labo VR thrown in. I list my credentials because it means I understand the problems with cookie-cutter VR design. It’s rare that VR games are actually bad, because the immersive nature means that even the average ones are pretty great even in short bursts. But the truly emotive experiences for me have been the humbling ones like Google Earth VR. Valve understands the marketplace problem with VR shooting galleries. Cleverly designing a new Half-Life experience for virtual reality is, sure, a marketing thing: it wants you invested in a platform it’s completely in on, and is hoping Half-Life will sell you. It’s not enough to give someone a gun and hope that it makes you feel special and immersed because even Home Spaces for VR have a guns you can pick up and shoot targets with. No, it has to be special.

Set between the events of the first two games, you are a fully voiced Alyx Vance: this itself is a VR no-no, usually. Giving your own character a voice often takes you out of the immersion, but not here. After a start that gives you some idea of the scale of this VR universe, Alyx and her dad Eli are kidnapped almost immediately, putting Alyx on a mission to save her dad (at least, that’s the story to begin with), meeting other friendlies along the way. There’s no question that Rhys Darby’s Russell steals the show, and I really do struggle to not hear him as either Flight of the Concords’ useless manager, Murray, or Anton the Werewolf from What We Do in the Shadows. His chirpy voice chiming in over the radio is an (almost) ever present element that keeps you sane but also cuts through the tension repeatedly. And make no mistake, this is a tense game.

Half-Life always skirts around horror, if nothing else the headcrabs would put the willies up you, but here, with them able to actually jump at your very real face, it’s horrifying. A truly wonderful moment came early for me as I put two shots into one before it threw itself at my face. Sidestepping its advances I turned and put the final bullet right into its… well, its head, I guess. The zombies, too, are awful. The moans are enough, but the shuffling movement gives way to a sudden lunging attack, or they’ll smash through a window to try to grab you – it’s enough to make you want a break. The Combine take a lot to put down, but that satisfying flatline sound that hasn’t changed since the first game is your reward for being the better aim. Oh, and the headcrabs with armour are terrifying, because one missed shot and you’ve got crab on your face, and panicking and shooting one off forgetting it’s on your face sure is a thing in 2020, apparently. There’s also a new enemy I won’t spoil here that takes a familiar foe and makes it far more deadly, but brilliant. It’s a testament to how much of a living world it is that, even hours in, I’d switch to a Shotgun to just get rid of a few headcrabs that were moving too much and causing distress: they need putting down before they did real damage. Ammo is fairly constant, but not overly plentiful in the early hours, so you won’t want to miss shots. Every time I ran out, I seemed to coincidentally find some more. Resin (used for upgrades) is also hidden in the environment everywhere (and I mean everywhere), but it’s the fact it all works so well that makes you want to explore to find it. First of all, it’s a given, perhaps, that the gunplay is supremely satisfying. But it’s the gravity gloves that make Half-Life: Alyx. People have (perhaps rightly) asked why this is a VR game, and been told “it wouldn’t work as a FPS” and, well, they’re wrong. It would work, but it’d be a bog-standard FPS set in Valve’s Half-Life universe. That could be enough for some, but the gravity gloves justify the choice to go virtual on their own.

Using either hand you can point at an object and flick your wrist towards you. This will cause the item to come hurtling at you. The early tutorial had me stumped as to what I was doing wrong, but I confess it’s been a while since I played a full-on VR game, so I wasn’t thinking laterally enough; I was tied to “game logic”. Boy, it is satisfying pulling items towards you, especially when it’s some ammo and you have just run dry. Throwing that clip in and pulling the gun to eye-height, well, that’s moment-of-the-year contender stuff, no matter how frequently you’re doing it.

That said, even Valve falls into some of the usual trappings of VR that every so slightly take you out of the immersion. Pulling a glass beer bottle towards you allows you to throw it and smash it, but some objects just feel more real than others. Don’t get me wrong, the interactivity of this world is like none I’ve played before, so perhaps I’m asking too much for everything to feel lifelike. Elsewhere, doors will not quite open as you’d like them to, resulting in them being sort-of half open while you’re standing too close to them. This is absolutely a VR-problem, and one mitigated by playing around with the different control methods: it’s worth nothing Alyx is a wonderfully accessible VR game that allwos you to play exactly as you want. You’ll find Half-Life: Alyx more amazing if you’re inexperienced in VR, but will have a great time if this isn’t your first rodeo. Lastly, while I’m nitpicking, this isn’t really a problem anyone can solve, but the guns don’t always feel weighty. I’d argue Half-Life’s guns have never felt as meaty as, say, something like the Gears of War Gnasher shotgun, and there are only three weapons (all one-handed guns, too) so it feels as though the world and the physics are, as usual, the thing you come for. The opening part of the game feels very much setup for the back end, which is to say that aside the great feeling of being “in Half-Life’s world” and some cool physics tricks courtesy of the Russells (Gravity Gloves), it’s fairly standard Half-Life until a good few hours in, whereby it really switches gears and shows its chops. But hey, standard Half-Life after over a decade is still as good as any FPS out there, right? There are some truly special moments late on, too.

It looks superb, of course, and the audio overall is next-level and shows how important it is to not only a normal game, but a virtual reality one, too. The true great shame here is that instead of millions of people playing it, it’ll be the subset of VR-ready gamers on PCs across the world enjoying it. It truly is a step forward in making a proper game that uses VR to its fullest potential, but it’s also an example of a high budget and oodles of time and care going into a game in the genre. I want to tell you it’s worth the investment to play it, but no matter how good it is, I can’t tell you to drop a grand on any single game. If Valve is to commit to exploring more of Half-Life in VR, it’d be easier to say go for it, but as it is, this is a best-in-class incredible achievement that could only be done in VR, with excellent voice acting, sublime visuals and audio and, yes, a truly Half-Life story.

An incredible, best-in-class achievement that could only be done in VR, with excellent voice acting, sublime visuals and audio and, yes, a truly Half-Life story.