I Am Setsuna (Nintendo Switch) Review 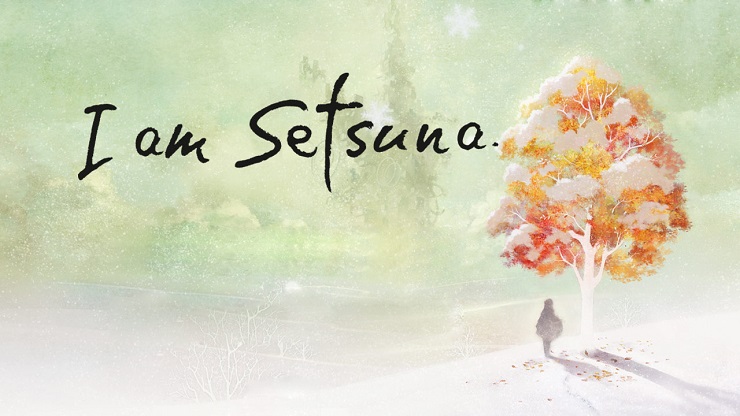 It’s been eight months since I reviewed Square-Enix’s 90s JRPG throwback I am Setsuna, and at a time when JRPGs were becoming more action orientated, it was a breath of fresh air to have the turn based ATB system back. Considering the game’s heritage, it comes as no surprise that Square Enix decided to bring the game to Nintendo’s new Switch console.

The engine that I am Setsuna is built on is scaleable, so it would be able to run across PC, PS4 and Sony’s forgotten PS Vita, so there’s not a huge amount of work to be done to ensure it could run on Nintendo’s home console/handheld hybrid. Texture work is as sharp as it was on PC, and so are the environmental effects like carving trenches in the snow and the way the trees move as the shed heavy loads of snow are present and correct; basically, you’re getting the same game here that was released all those months ago, which is no bad thing. If you’ve not heard of the game before, here’s a brief run down; you control Endir, a man from a group of people raised to be mercenaries, tasked with killing a young girl – the titular Setsuna. Setsuna’s a sacrifice, and as a result you decide to accompany her on her journey as her death is an inevitability anyway; it’s not going to win any prizes for story-telling really. On the journey the group picks up new members, solves the problems of the people they come across and does lots of fighting – it’s JRPG 101.

To aid you in your quest you’ll choose from a variety of attacks from basic sword swings to abilities (here called Techs), which can range from dashing attacks to screen filling explosions. Knowing how to use these is key as using the correct person on a basic attack with the right timing can see multiple enemies being hit; not only that, but if two characters have ‘Techs’ that complement each other and have a full ATB bar then they are able to combo together with a stronger attack. These Techs are powered by Spritnite stones, which are inserted into notches in the gear you equip your characters with; the more notches your accessories have the more Spritnite your characters will be able to use. These stones aren’t bought though, you need to sell monster parts that are dropped in battle to the Magic Consortium group who will then give you access to new Spritnite when you have fulfilled the material requirements. This selling of materials is the only way you can get money too; it doesn’t drop from creatures and you cannot sell weapons or accessories, so there will be times that you’ll need to spend time grinding for monster parts to ensure you have the Spritnite you need, or the money to afford that new weapon you’ve got your eye on.

In that this is a faithful port of the game, warts and all. The save points are still spaced far apart, but sit before bosses so you’ve always got fair warning for those tough battles, but located in the areas are harder monsters which look identical to all the other ones. Going into one of these battles unprepared can result in an impromptu Game Over screen if you’re not careful, and as mentioned in the previous review, the consumable requirement for the ‘Flee’ command is still not explained properly meaning that you could very easily wind up in many situations where you are in over your head. I am Setsuna is the same game as it was eight months ago; no more, no less. It’s lovely to look at, the music is great and it’s a welcome slice of 90s JRPG action. Being the same game means that the flaws it had then are the same flaws it has now, they’re not deal-breakers but many will find them irritating. If you’re after an adventure away from Breath of the Wild then I am Setsuna is at least worthy of a cursory glance.

Beautiful
A welcome return to turn based combat

To many this would seem like filler to bolster a meagre launch lineup, but I am Setsuna is a game that is worthy of your time and a heritage that deserves your respect.

I am Setsuna coming to Nintendo Switch on March 3rd

Competition: Win some I Am Setsuna goodies!