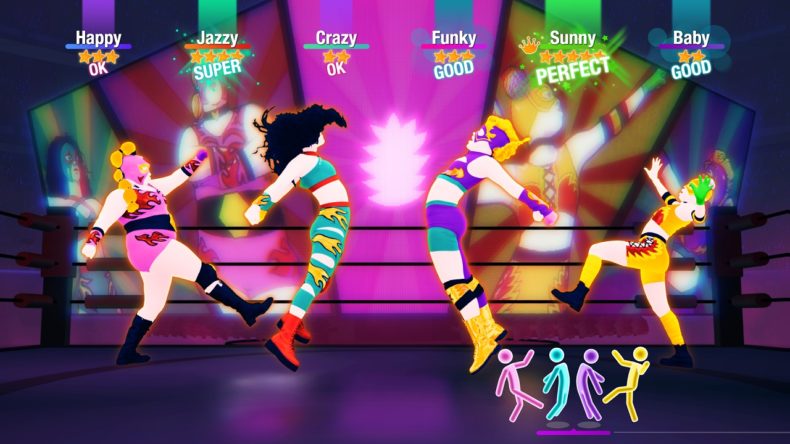 Just Dance is a bit of a funny franchise for Ubisoft. It’s sort of tucked away in the background for most of the year, shown out in an awkward display at E3 and – like clockwork – released in the last few months of the year. Just Dance 2021’s only main difference is not appearing at E3. This is, more or less, exactly what you would expect it to be.

Just Dance has a pretty addictive formula in place. Let’s start with its visuals first. Each song has a concept behind it with unique ideas and choreographed dances. The likes of Lady Gaga and Ariana Grande’s “Rain On Me” has an almost retro-futuristic style with tons of dancers in the background, all clad in sci-fi gear, whereas the likes of Dua Lipa’s “Don’t Start Now” has a fairly simplistic disco theming. All of these have a distinct style that ties songs together. There’s a certain brightness to every inch of Just Dance with the heavy use of pinks, whites, and blues. In each of these songs, there are a few dancers at the forefront with realistic body proportions and movements, presumably recorded with a green screen. So as not to make them feel out of place, they are cartoonified with only specific face features like glasses or hair shown to the viewer. They aren’t a person so much as a tutorial on how to perform certain dances. 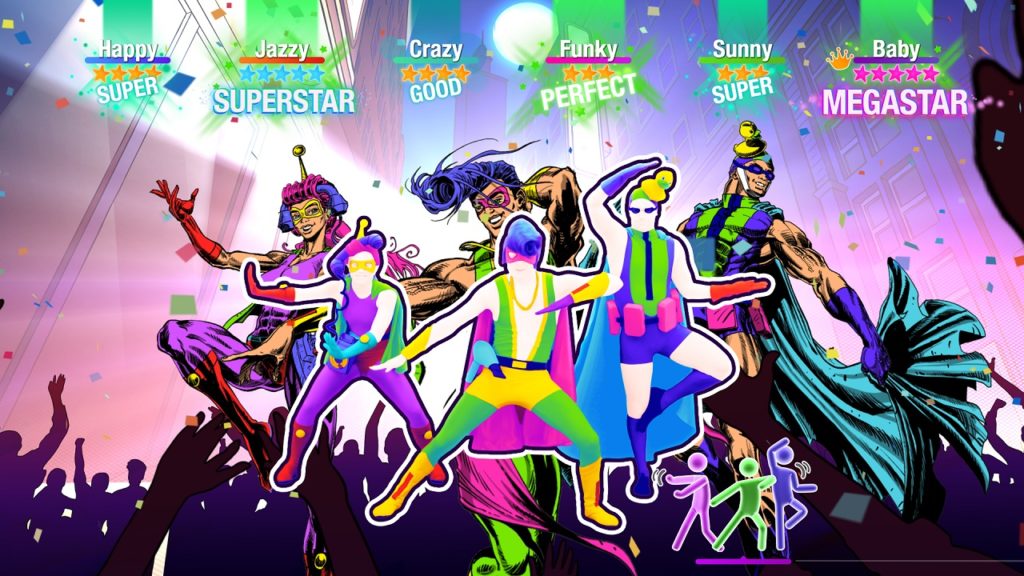 Performing dances has you grab a JoyCon with one hand and mimic away. Dancers have a clearly defined left hand that you are supposed to copy. It is painted with bright colours and distinct from the rest of the dancer, so as to guide you. Choreography is as strong as it always has been with the easier tracks providing just enough fun so as to not feel too boring. It draws a good balance by making easy tracks fun and hard tracks difficult enough to provide their own challenge. It provides just enough weirdness through the likes of Toño Rosario’s “Kulikitaka” to draw a rather broad appeal to keep most members of a family rather happy.

Like all Just Dance titles, dancing like the characters in front of you isn’t required to actually do well. Potentially, if you’re a coward or cheater, you could just mimic one arm and leave the rest but Just Dance is hardly a serious game. It seems fairly clear from a single glance at Just Dance it attempts to prioritise a sense of fun rather than any serious attempt at dancing. This has always worked in its favour with a nice mix of actual dance moves and enough bears, pandas, walking smoothies, and whatever else to keep you somewhat entertained.

This moves us onto perhaps the most important thing about a new Just Dance title: its song list. Just Dance 2021 certainly has a decent selection of tracks with the TikTok popular “Say So” by Doja Cat, Lizzo’s huge hit “Juice” to the more jovial songs like the aforementioned “Kulikitaka” or the classic “You’ve Got a Friend in Me” from Randy Newman. Over the 41 tracks, it features a few very big hits, some lesser-known, and a few selected for a broader appeal. The comments on the tracklist reveal sums it up far better than I can. About ten of the songs most people knew, a few were known (and loved) by a few excited Kpop fans, there’s a pretty big Latin pop fanbase and the rest weren’t really talked about. So far, so Just Dance. This is part of the charm of each year’s tracklist. 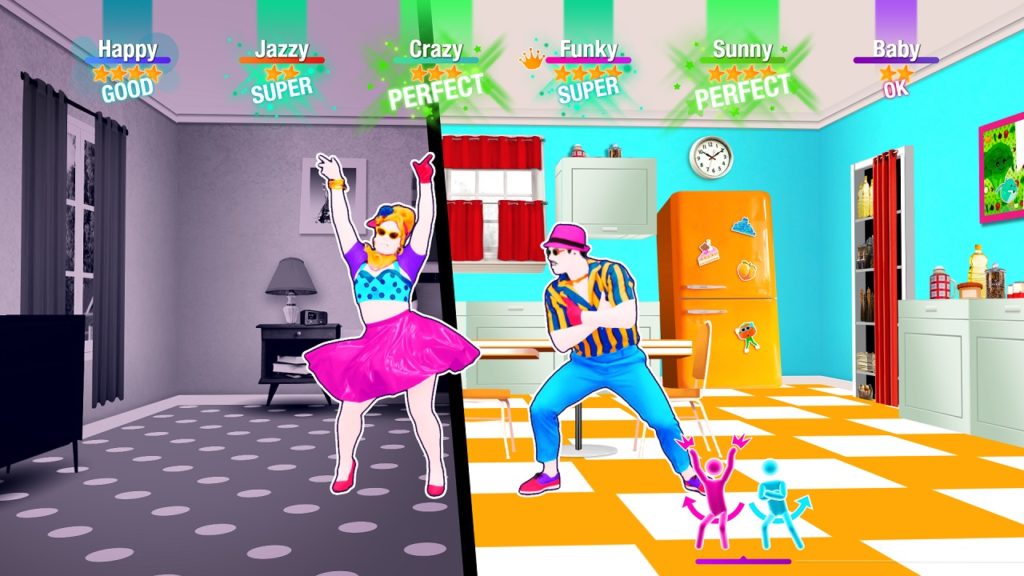 Unfortunately, this brings us to one of the biggest issues of a yearly release like this. Just Dance has a subscription service entitled “Just Dance Unlimited”. For about half the price of the base game, you can get every game in Just Dance history for the year. This is over 600 songs and a great way of never needing to open up your old games again. Unfortunately, with this amount of songs on offer, it feels hard to justify yet another year with so many songs. For the same price as a copy of Just Dance 2021, you can pick up last year’s version and a year of Just Dance Unlimited. Now you have to compare 40 news song to over 600 older ones. The new songs just aren’t good enough for that trade. It doesn’t help that each year is just so formulaic. If you put on 2020 by accident, I wouldn’t be able to tell the difference. The art style stays the same, choreography similar and even the moments in between songs feel the same. Your profile has a level system where you can use a gacha machine (don’t worry, it uses in-game currency only) to unlock new profile icons, slogans, and others. This stayed the same from 2020 to 2021 except the progress I had already made was not kept.

Just Dance 2021 is exactly what you expect from it. It works fine and the visuals and choreography are as good as ever. This being said, there are very few changes in the base game and Just Dance Unlimited is a much better option for most, would be, dancers. It seems its very invention makes the subscription of a yearly Just Dance game feel obsolete. If you really want to play the 41 tracks that Just Dance 2021 has to offer and are willing to pay that premium, this won’t disappoint. But, if you are looking for a start into Just Dance, this probably isn’t the best place.

Just Dance 2021 works fine with solid choreography, but with very few base game changes, Just Dance Unlimited feels like a much better option.