previous
The Sojourn review
random
next
Pride Run review
1 like 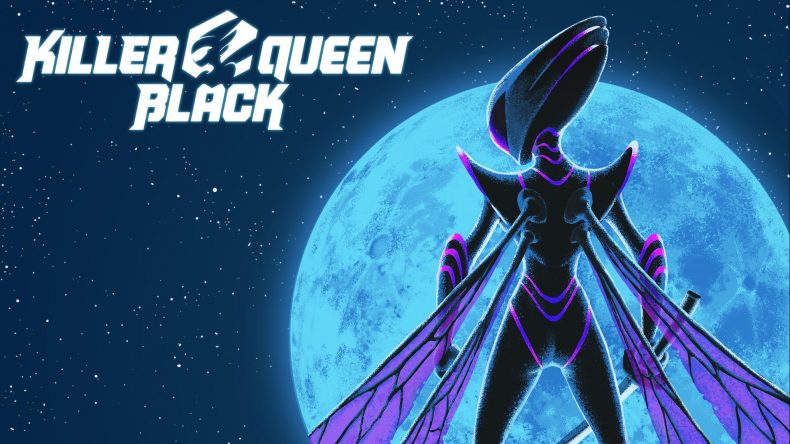 Sometimes the simplest of ideas can make for memorable gaming experiences, especially when it comes to playing with others. Take Nidhogg for example: a game that pits two players against each other. It has simple visuals and limited controls, but it’s an addictive multiplayer game that spawned a sequel which is equally as enthralling. Killer Queen started out as a ten-player competitive team platformer on arcades, where two teams of five battled it out for domination. For the first time ever, it’s coming to home consoles under a new name, with improved visuals, new weapons and movesets, and an online multiplayer featuring four on four battles. This is Killer Queen Black.

It takes all the fun of Killer Queen and packs it all into one game, and whilst it’s fairly limited in what you can do, it’s great fun when playing with others. Each game can consist of three win victories (economic, military, and, err… snail), and you work together with your teammates to complete your objectives. You can collect berries that are located around the screen, and once you’re in possession of them you need to deposit them into a grid filled with holes. You can also ride a snail from one end of the screen to another to claim victory, or become the Queen to use a multitude of attacks to take on opposing drones and warriors: the ones doing all the hard work. Working together is vital to success, as the opposition will be able to kill you and stop you in your tracks. If you’re a Drone and pass through one of the gates and become a warrior, you can harness the ability to fly and use a weapon to take out other drones and warriors, or even the Queen. The Queen is your team’s star player. They can pass through gates and turn them to your team’s colour, meaning only your team can use these gates. To achieve a military victory, you must take out the Queen three times. Whilst the queen can attack much like the warriors, they can also use a dash attack that can be used from above, allowing you to fly down and hit an aerial strike on an unsuspecting opponent.

Killer Queen Black is such a fast-paced game that always keeps you busy. Whether your rushing around trying to collect berries for your team, or hunting down the Queen to get a kill, the action never stops. This is where the game shines, using a simple approach to make sure each game provides a variety of outcomes. The tutorial gives you a brief overview of all aspects of the game, showing you the basics to prepare you for the intensity of the online mode, and lasts long enough to arm you with enough knowledge to face the best of the best.

You can play in casual matches online that don’t affect your ranking, but if you’re feeling like the bee’s knees, you can participate in ranked matches to build an impressive win record. If you’d rather play against your friends, there’s also a local wireless mode. Not only that, you can use this mode to assign bots to both teams, replicating the feel of Killer Queen Black’s online modes. The pixelated environments are structured wonderfully, allowing plenty of wide spaces or tight areas to challenge your ability to control both drone and Queen. Each level, whether it’s the Black Queen’s Keep, The Tally Fields, or The Spire, has lots of platforms and gaps to provide plenty of opportunities to attack. The backgrounds to the levels are also pretty cool. The Spire has a dilapidated skyscraper in the background, and the Black Queen’s Keep has statues that stand tall looking menacing to say the least.

There’s plenty of action in Killer Queen Black, featuring intense gameplay that’s a joy to be a part of. Each match can go either way, and the three winning victories provide lots of different ways to win. Being the Queen is the best way to play, but the drones are also fun to control, especially when you pass through one of the gates and equip some special abilities. The snail is the least exciting win victory, and the speed at which it all happens can lead to some frustrating losses, but that’s all part of the fun.

Simple yet addictive
Great with others
Nice visuals

Killer Queen Black doesn't feature an abundance of features, but the simplistic gameplay and cool win conditions make it a nice little multiplayer that's in the same vein as Nidhogg.