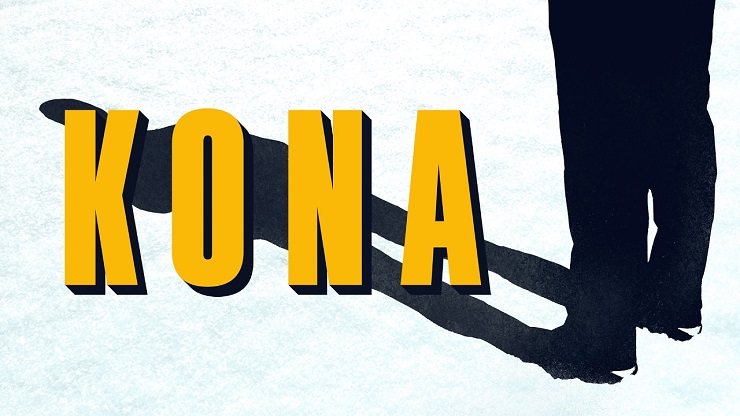 Narrative adventures can sometimes get too wrapped up in themselves, with stories losing their threads and exploration feeling far too arbitrary for what the game’s trying to do, sacrificing what was originally a good idea to the shackles of limitation – ambition beyond the boundaries of capability. Kona almost wanders into this territory, with the ending feeling somewhat convoluted and ultimately disappointing; however, it manages to provide an interesting journey and some smart mechanics, despite a few pitfalls along the way.

In Northern Canada, 1970, you play as Private Detective Carl Faubert, originally hired to investigate a string of reported vandalism cases on rich industrialist W. Hamilton’s property. After a crippling blizzard ascends on the small rural town of Atamipek Lake, you’re left uncovering the eerie secrets of an abandoned community, along with trying to survive in the biting cold. The story is pretty interesting, but it sometimes trips over itself and even with your trusty journal, it’s never completely clear what’s happening until a recap of sorts towards the end. The survival elements of Kona give your investigation a sense of dread, and whilst it isn’t a horror game, there are many unnerving factors to the story which you uncover through journal entries, or the memories that play out through silhouetted characters. Surviving Kona isn’t particularly troubling (until the last 30 minutes at least), but you’ll have to play carefully. Sustaining your health, heat, and stress levels are vital, and you can do this by lighting fires in various cabins, using medi kits, or taking painkillers to keep you calm. Lighting fires also saves the game, and this is pretty regular.

You have a relatively large inventory, so keeping a supply of logs, matches, and other items to aid survival isn’t too much of a struggle. Check every cupboard and drawer, every car boot and fridge – check everywhere. You’ll also gain access to a few different weapons, and these will be needed in case you ever encounter one of the wolves lurking about the woods. One of Kona’s worst problems is the aiming; I prayed I never encountered another wolf after the first time, down to the fact that using a gun is so painfully difficult thanks to no stability in its aiming. Whilst Atamipek Lake isn’t a huge open world, there’re plenty of buildings and caves to explore, and making sure you leave no stone unturned is the difference between solving the mysteries of the town and getting nowhere. I can’t stress this enough: read everything, look at every picture, and go over every little detail with a fine tooth comb because being the role of detective is as literal as it gets. If you don’t make sure you do, there comes a point where you can’t progress, and you’ll have to go back. Whilst not massively difficult, there’s a definite lack of coherency between your discoveries and how they are portrayed in the journal. Certain clues aren’t always easy to find, and puzzles may be seldom found, and can be ambiguous and tough to solve.

There are a couple of problems that really affect the flow of the game. At certain points in the map, the game has to load, which is fairly normal in videogames, but the way it does so is disjointing and frustrating. The game freezes and shows a loading circle in the centre of the screen (like when a video buffers), and you’ll more than likely feel the same kind of rage that buffering imbues. Another issue is the running, and although you get to drive around in your Chevrolet for most of the game, getting away from wolves is difficult, unreliable, and weirdly unresponsive. Kona does a fantastic job of including your red Chevy as a third arm. Your car acts as a storage unit, safe haven, and mode of transport, and getting through Kona without it is damn near impossible. You do gain access to another mode of transport (which is faster), but you can’t look at your map whilst driving; this may seem like a small gripe, but when you’re travelling through the blizzard with limited visibility, checking your map can really help.

Whilst there may be a few problems in Kona, I still enjoyed it. The survival aspect isn’t massively challenging, but it forces you to think carefully, and the investigative side of gameplay will get your brain working harder than other first-person narratives; it’s not Nathan Carter levels of difficulty, but it’s not easy by any means. It’s the setting that really shines, and the great narration throughout your journey by a husky-voiced male makes it feel authentic, kind of like a grizzled war veteran regaling you with tales from his past.

Difficult at times
Running is a pain
Loading is jarring

It may not be the best in the genre, and it certainly has its problems, but you’re given an intriguing mystery to solve in an interesting and unique setting.