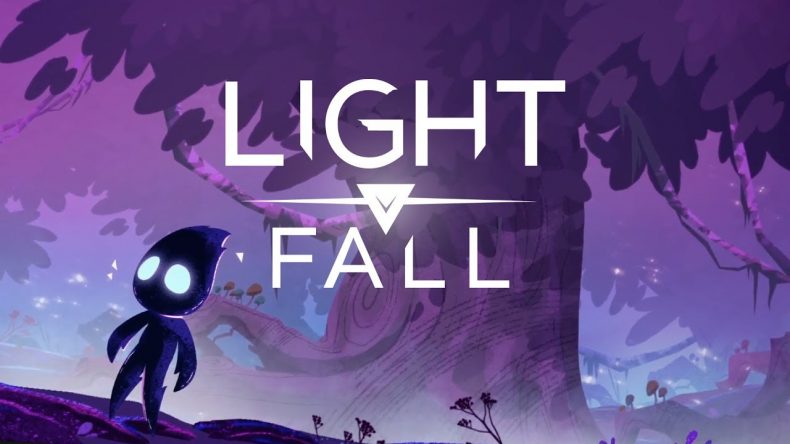 I love a good platformer, especially one with a nice aesthetic and a decent story behind it. This new indie title has both of those things, complete with wonderful platforming physics and some impressive mechanics that all combine to create something with real potential.

Light Fall puts you in the shoes of a little shadowy-looking fella, a silhouette with glowing white eyes, against a backdrop of gorgeous blues, pinks and more besides. He has no idea who he is though, and only a nosey old owl to help guide him on his journey to recover his lost identity. It immediately put me in mind of Ori and the Blind Forest and Limbo, only a little more friendly-looking. There is even a hint of Knytt Underground, now that I think about it. In order to find out who he is, our little friend must navigate a world of fiendish traps and pixel-perfect jumps, but he has more than just sprinting and leaping at his disposal. Very early on, you discover a magical box that seems almost drawn to our plucky little hero; this box gives him the ability to summon platforms at will, with a quick press of the jump button in mid-air. Up to four of these can be used, before you’ll need to land on solid ground, recharging the ability in much the same way Celeste’s dash ability worked. Throughout the game, more uses for this box will be unveiled, such as the ability to float one in front of an otherwise fatal laser in order to pass by; or even power certain machinery, turning cogs and even operating a boat at one point.

The level design supports these mechanics, by forcing you to use each ability in order to progress. Sometimes though, it’s entirely possible to find multiple solutions through on-the-fly experimentation. Much like Breath of the Wild, the game might expect you to approach a puzzle room in a certain way by placing platforms or traps in very specific places, but you might still find a different way to reach the prize. In one case, I almost bypassed an entire section of one level, as I bounded across my own platforms high above the normal game world. I only came back down because I was worried I’d go too far. It’s also worth coming back down to appreciate those wonderful visuals, with their minimalist approach to detail. Everything in each area looks gorgeous, using mainly black outlines for the platforms and foreground objects, contrasting with the pinks, purples, greens and reds of the various dangers that will attempt to block your progress. There is the occasional use of yellow and blue too, to emphasise collectibles within each level.

Yellow crystals house a glowing light, that you must then transport back to the nearest checkpoint in order to open up a text log that will expand upon the story and its background events. Much like Celeste’s strawberries, death will reset the position of the glowing orb of light. Blue crystals contain imprisoned people, and smashing those crystals will free them. In the case of both these distractions, they don’t seem to affect your progress or the story itself, instead serving as completionist material for those wanting a little extra for their money. For everyone else, the story is great to follow, but your progress may not always go smoothly. The level design is intelligent and fiendish, but it’s often fun too; you might die many times but you’ll want to try again anyway. The main issue here however, is that sometimes there are strangely long stretches between checkpoints, leaving you with just that bit too much to do. This becomes an especially big problem in the final world, where there are entire areas that you’ll need to complete without a checkpoint. The worst thing about this, is that the difficulty level ramps up so much at this point, the game starts to lose all its sense of fun and it quickly becomes a chore. I think my face became an expressionless mask after a while, I was so numb to the experience. This was before the very last part of the game, which honestly felt like it was part of a different game entirely and I lost all interest. It’s almost as bad as Yooka-Laylee’s travesty of a finale.

For three quarters of Light Fall, I was utterly engrossed in its harsh-but-fair mixture of platforming and puzzles. The story was engaging and I began to wonder where it would go next, and the way everything was presented in that wonderful 2D style with the silhouettes against beautiful, simple backdrops? Exceptional. It’s just a shame that the last quarter of the game is so poorly executed, because it really does leave a sour taste in the mouth.

Checkpoint placements can be harsh
Totally falls apart at the end

Light Fall has some fantastic ideas and a great mixture of satisfying platforming and level design, but the fun comes to an abrupt end in the final world. So much so, it sours the whole experience.