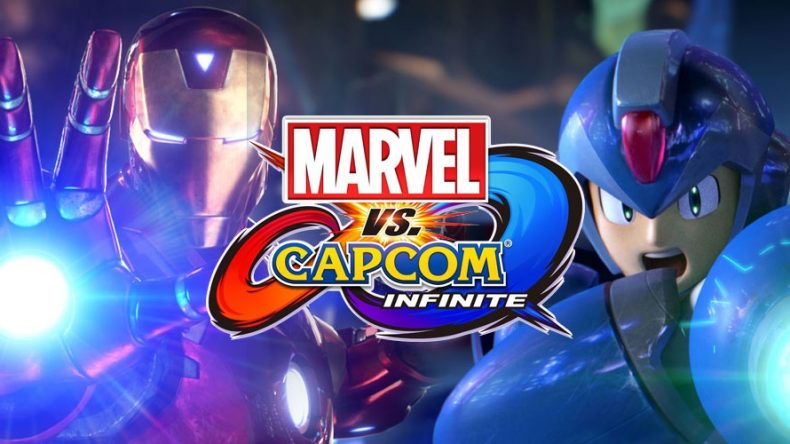 It seems like everyone is fighting each other lately, doesn’t it? Whether it’s in the increasingly depressing real-world news or in the numerous comics and comic-related movies out there, it always feels like people are at each other’s throats. Batman fought Superman, Captain America fought Iron Man, Betty is still fighting Veronica and, hell, Iron Man even had another scrap, this time with Captain Marvel, in the recent(ish) Civil War 2 comic series.

Capcom and Marvel are no strangers to a good brawl though. From the humble beginnings of X-Men vs Street Fighter, to the Marvel vs Capcom series we know and love; some of the finest characters from the comic world and video game world have collided on several occasions over the last twenty years. Probably to generate extra hype for one of the biggest movies in history, next year’s Avengers: Infinity War, it should come as no surprise that Capcom’s latest gaming disagreement is based entirely around the Infinity Stones. In this latest story, the Convergence has seen the Marvel and Capcom worlds literally collide, fusing together and forcing the inhabitants to live with one another. Problem is, that isn’t made easy when Ultron decides to take a couple of those Infinity Stones for himself. He also uses a virus to enslave humanoid and mechanical beings alike, which is why you’ll spend a lot of your time battling generic goons in story mode, not just the big names of the two studios.

Let’s take a moment to acknowledge that Capcom knows it made an astronomical balls-up of Street Fighter V’s launch, and it’s clear that it wanted to right that wrong with Marvel vs Capcom: Infinite. That’s why you’ll find a much greater breadth of content on offer here, especially for solo players. There is the story mode, that will last you a good four or five hours by itself, alongside the traditional arcade mode and training mode. Mission mode even offers a proper tutorial and then goes a step further, challenging you to perform specified (and increasingly complex) combos with each fighter. If you get stuck in story mode, this is a great way to learn how to play as that character with whom you’re currently struggling. Capcom hasn’t forgotten about online players, don’t worry. There is the Beginners League for new players, specifically designed to help ease you into the world of online fighting. Once you rank up, you are then free to head into ranked matches or perhaps you want to keep things casual and spar in unranked bouts. You can group together in a lobby beforehand too, if you like to keep things social.

The fighting itself is accessible. New players can come in and have fun, either via the ‘easy combo’ feature that sees repeated presses of the light punch button chain together a nifty little combo, or by simply experimenting the with tried-and-tested ‘quarter circle’ method. Beyond that, you can chain together dozens of special moves and character-specific combos to devastating effect, and I look forward to the insane displays when this hits the tournament circuit. Especially when you factor in the new Infinity Stones. To add to the usual displays of flashing lights and massive beatdowns, you can now choose an Infinity Stone to take into battle with you, each with their own unique attributes. You can steal health or zip across the screen in the blink of an eye with Infinity Surge, generating energy that can be used to unleash an Infinity Storm. This storm affects the battle differently based on your current stone, but it also allows you access to high level Hyper Combos that can annihilate opponents if used correctly. Annoyingly, it’s a little too easy for those to be blocked. It takes away some of the sheen, when the game’s most powerful moves can be batted aside so easily, but when they do connect it’s pretty dazzling.

All this colour is welcome in Marvel vs Capcom Infinite, and it makes for a striking game. The Convergence brings worlds together, resulting in unique stages that see Monster Hunter merged with Black Panther’s hidden nation of Wakanda; or Megaman’s Abel City fused with the Norse world of Asgard. These stages are populated by the incredibly stylised characters, with a visual style that sits somewhere between Street Fighter V and the Marvel Cinematic Universe. This makes for a bit of a mixed look; one that doesn’t always succeed. Iron Man looks much like the one Robert Downey Jr has famously portrayed for many films, but Captain America looks like an advert for steroid abuse; the art style seems to favour the more cartoony characters like Megaman and Arthur (of Ghouls ‘n’ Ghosts fame), but that’s not to say Captain Marvel and Darkstalkers’ Morrigan don’t look fantastic. Or even that the game itself doesn’t look astonishing in motion. Because, damn, it sure does look amazing when fights are at their most intense.

That said, it’s a shame the story mode doesn’t flow as smoothly as the fights themselves. You can’t help but grow tired of the constant loading between cut-scenes and actual battles. It really shows how well NetherRealm’s games handle their story content, especially with Injustice 2’s seamless blending of cinematics and gameplay. It’s a little jarring when a pre-rendered scene ends, leading to a loading screen, and then a pre-fight speech continues the previous scene. It would be like watching a movie and a black screen appears for thirty seconds, before the scene continues. It also has a few harsh difficulty spikes, even early on, that bring progress crashing to a halt. Often you can battle through them, but there are a couple that take a few more attempts than they really should, thanks to them dishing out way too much damage on normal difficulty.

In a year that has seen Street Fighter V finally fulfilling its potential, Injustice 2 redefining the progression system of fighting games, and Tekken making a comeback; it’s definitely been a big year for fighting games. Marvel vs Capcom Infinite might not be the best of that bunch, but it allows you to fight as some of the biggest names in comic history, against some classic Capcom characters that you may or may not recognise. Depends on how old you are, really. One or two may be out of place (I’m looking at you, Frank West) but most of them are fun, and all of them have deep and involving combos to master. If you can persevere through some of the batterings you’ll receive in story mode, there’s fun to be had here.

In a big year for fighting games, Marvel vs Capcom Infinite squares up to its rivals confidently. With a healthy amount of content, it makes up for the lacklustre launch of Street Fighter V, despite not being quite as good.

Watch a new story trailer for Marvel Vs. Capcom: Infinite

Marvel Vs. Capcom: Infinite will release this September