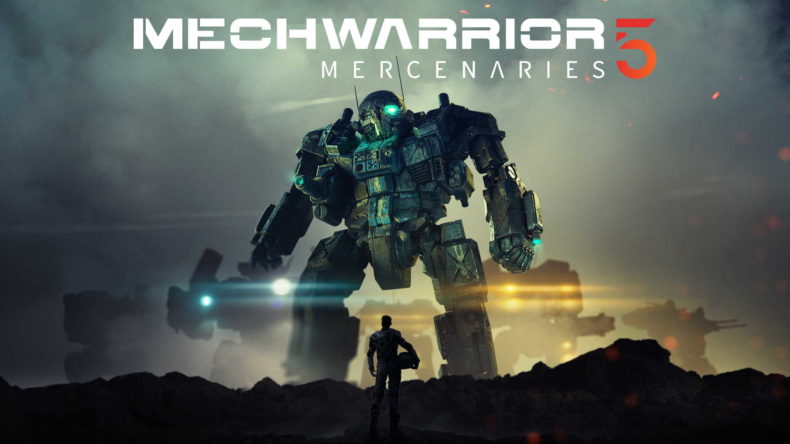 I am not averse to playing around with giant mechanical robots, being a fan of the excellent Armored Core games, and still secretly lamenting the turd in the pool that was Steel Battalion: Heavy Armor. The MechWarrior franchise, set within the Battletech universe, as been around for nearly as long as I have been playing games.

My first taste of its metal-on-metal violence was the fine Mode 7 stylings of the SNES version. After a long old hiatus, MechWarrior 5 was the first main entry for 17 years when it was released to the Epic store in 2019. Much like Phoenix Point which I looked at recently, it has now been ported to the consoles. MechWarrior hasn’t been on a Sony console for many moons, so this is a big deal. I took a look at the main game, as well as the extra Heroes of the Inner Sphere and Legend of the Kestrel Lancers DLC packs. 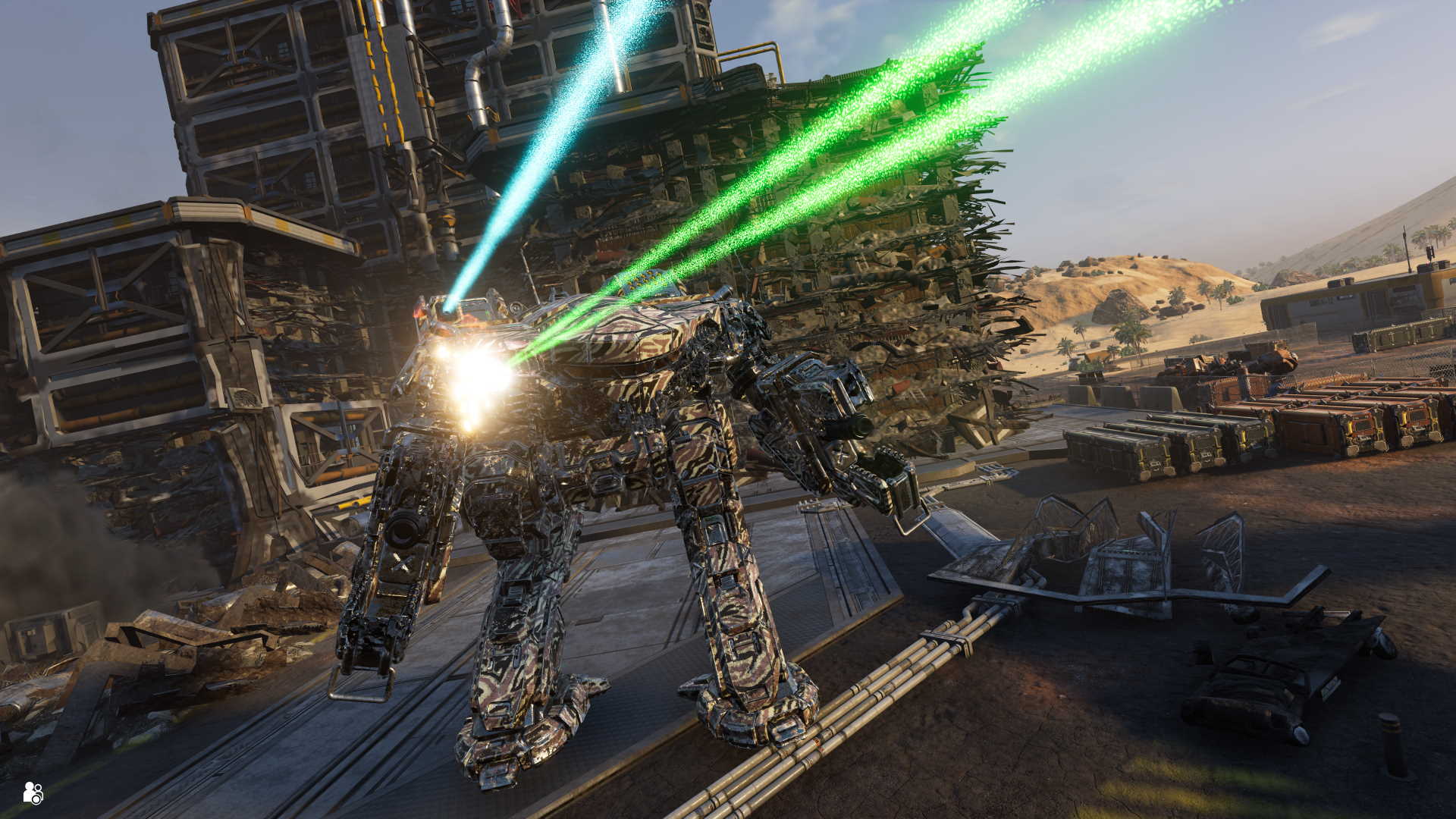 First up it is worth pointing out that this isn’t going to entice too many casual players. You have to be a mecha nut to gain the most enjoyment out of what is a methodical, deliberate and at times confounding experience. A tutorial at the start doesn’t help matters much. You start to learn the basics of movement, getting a feel for your giant upright death dealing exoskeleton, only to get stuck at the bit where it asked me to alight my torso with the legs of the mech. Try as I might, I couldn’t get past this bit, and a cursory look online tells me I am not the only one. Better skip the rest of that then…

Story wise you play the son of a legendary mech pilot who has recently perished in – you guessed it – a mech-related explosion. MechWarrior has a long and storied lore, which I won’t get into here, but its safe to say that the two DLC packs expand on this even more than the main game. If you like warring factions, future worlds, mercenaries and all that interstellar stuff, you will be right at home here. It is space marines AF, and even has some pretty good voice acting. 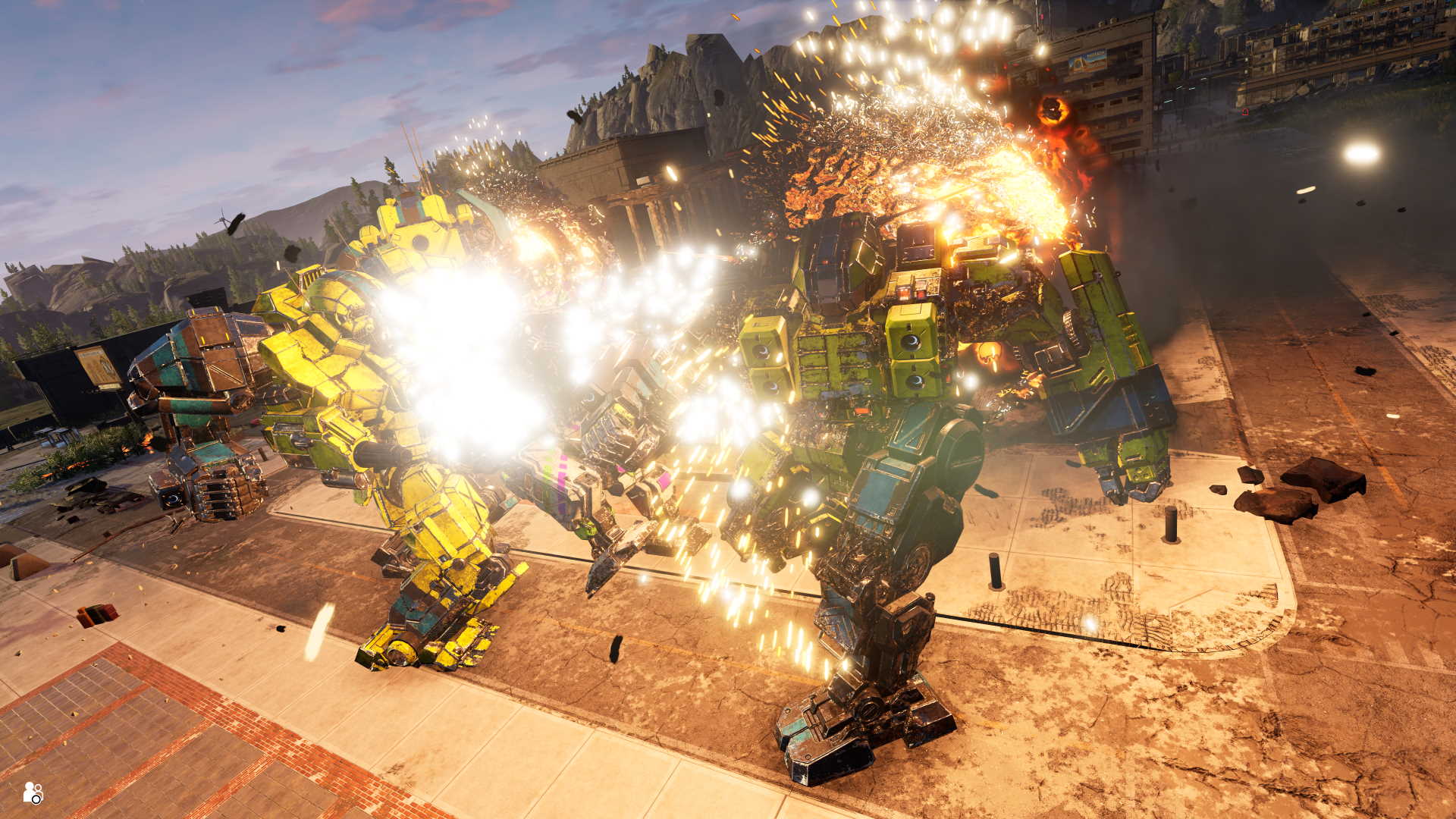 Once you actually get out there and start shooting at things, you see a crisply presented series of battlefields, and some terrific explosions and destructible environments. Some of the “biomes” you get to play around in become a playground in which you can live out your inner Robot Jox/kaiju fantasies of decimating entire civilisations. It isn’t the prettiest game you will ever play, and despite the PS5 ensuring swift loading times and typically excellent controller settings, it still gets a bit fraught, framerate-wise at times.

Some of the exploding effect are ace, though. If deforestation is your kink, then I strongly suggest torching a tree in MechWarrior 5. Spectacular. To begin with it can also be tricky to work out who you are meant to be actually shooting at, but you eventually get to grips with it, particularly once you build up your mercenary squad and start going in mob handed. 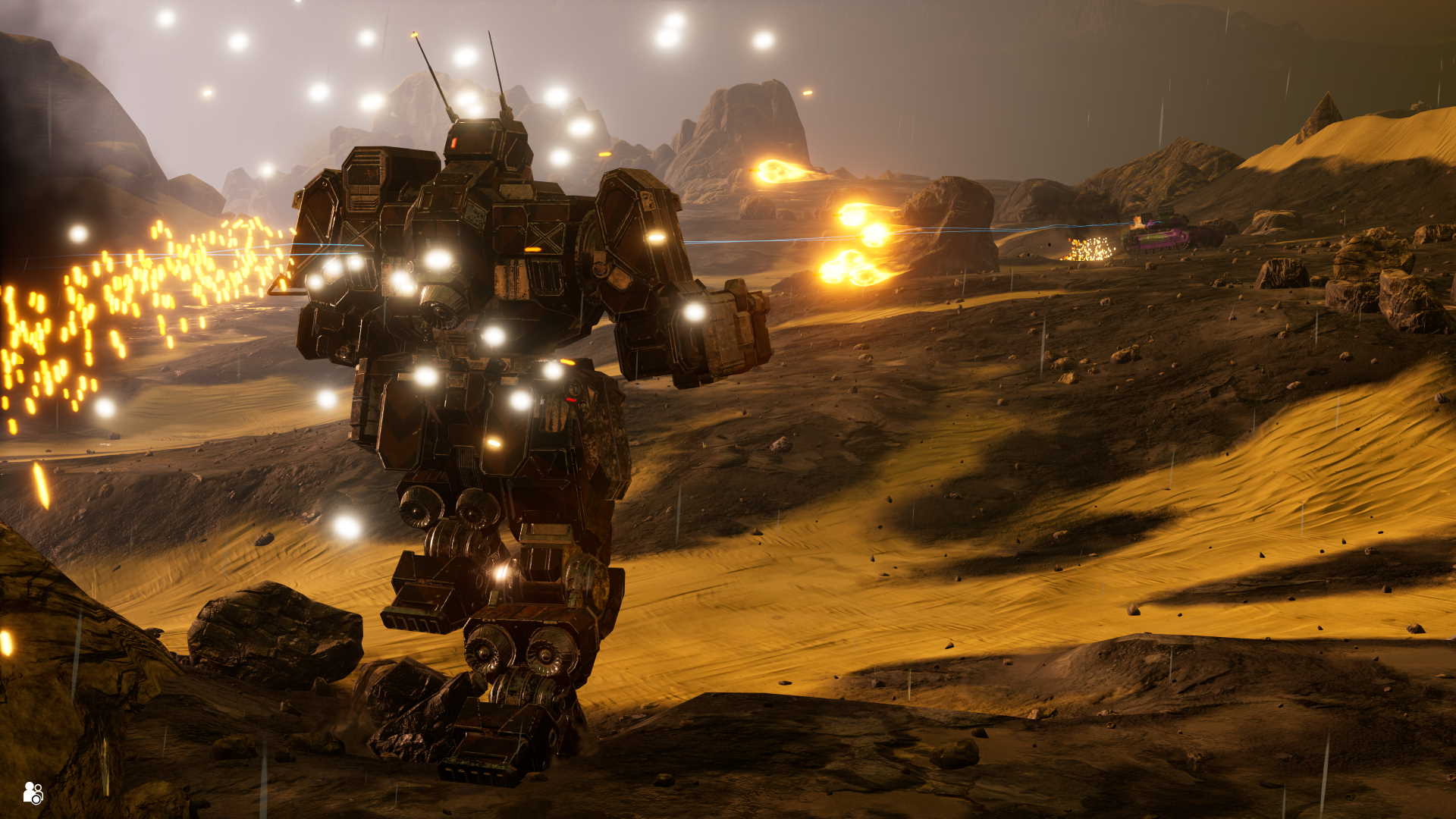 There are many different mech types and their associated weapons and attack styles to tinker with. For the first time in the series there are melee attacks. Controlling them all, don’t expect fast and dynamic Titanfall-esque parkour on steroids. These are powerful, yet slower, almost cumbersome and have to be treated with a degree of respect. Your weapons can overheat, you have to conserve energy, and repair stuff between missions from an almost overwhelming number of moving parts and attributes. The management aspect of the game allows you, by way of scrapping, selling, buying and salvaging, to put together some wild mechs to send into the fray, and is very comprehensive.

The missions themselves can become repetitive in nature, but occasionally you get the opportunity to cause a bit of extra chaos by betraying factions you are aligned with for more moolah. The AI can be frustrating at times too. Where are your idiot colleagues going? To die, that’s where. Often. The DLC packs are for seasoned pros. They include more missions, more campaigns, more characters. There is plenty to be getting on with in the core game, including the ability to play online – even with cross platform support. Everyone knows that shooting things in giant mecha is more fun with someone else to do it with

After two decades away, the PlayStation is finally back inside the Battletech universe, and it feels…alright.