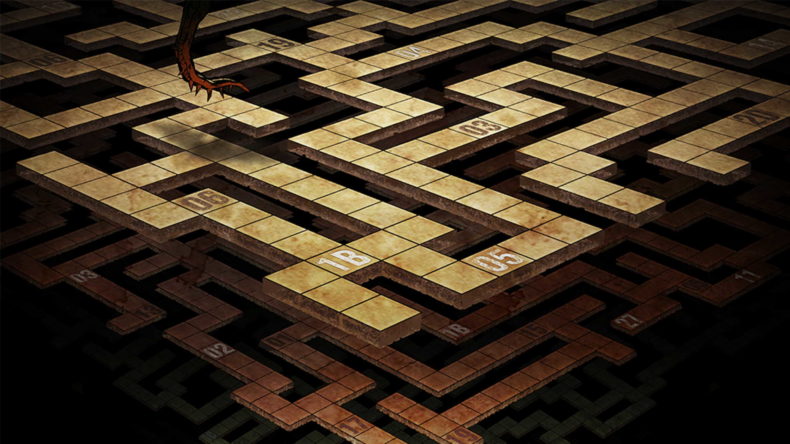 Dungeon Encounters. The name is tongue in cheek, the punchline to some kind of RPG in-joke that we are all in on. When you fire it up, you are presented with the “story” – a text box with two paragraphs. It made me laugh out loud, the audacity of it. In a nutshell, “A labyrinth appeared, and there are monsters. Many have tried, and failed to defeat them. Over to you, mate!”.

But this game is no joke.

This is an Hiroyuki Ito game. I won’t bore you with his pedigree, as it is all out there. Go and read up on him if you don’t know who this cat is. And then play some of his legendary games, and acknowledge what he brought to the genre. After the thick end of fifteen years, he is back. And this the weirdest, but possibly also the best RPG I have played this year. 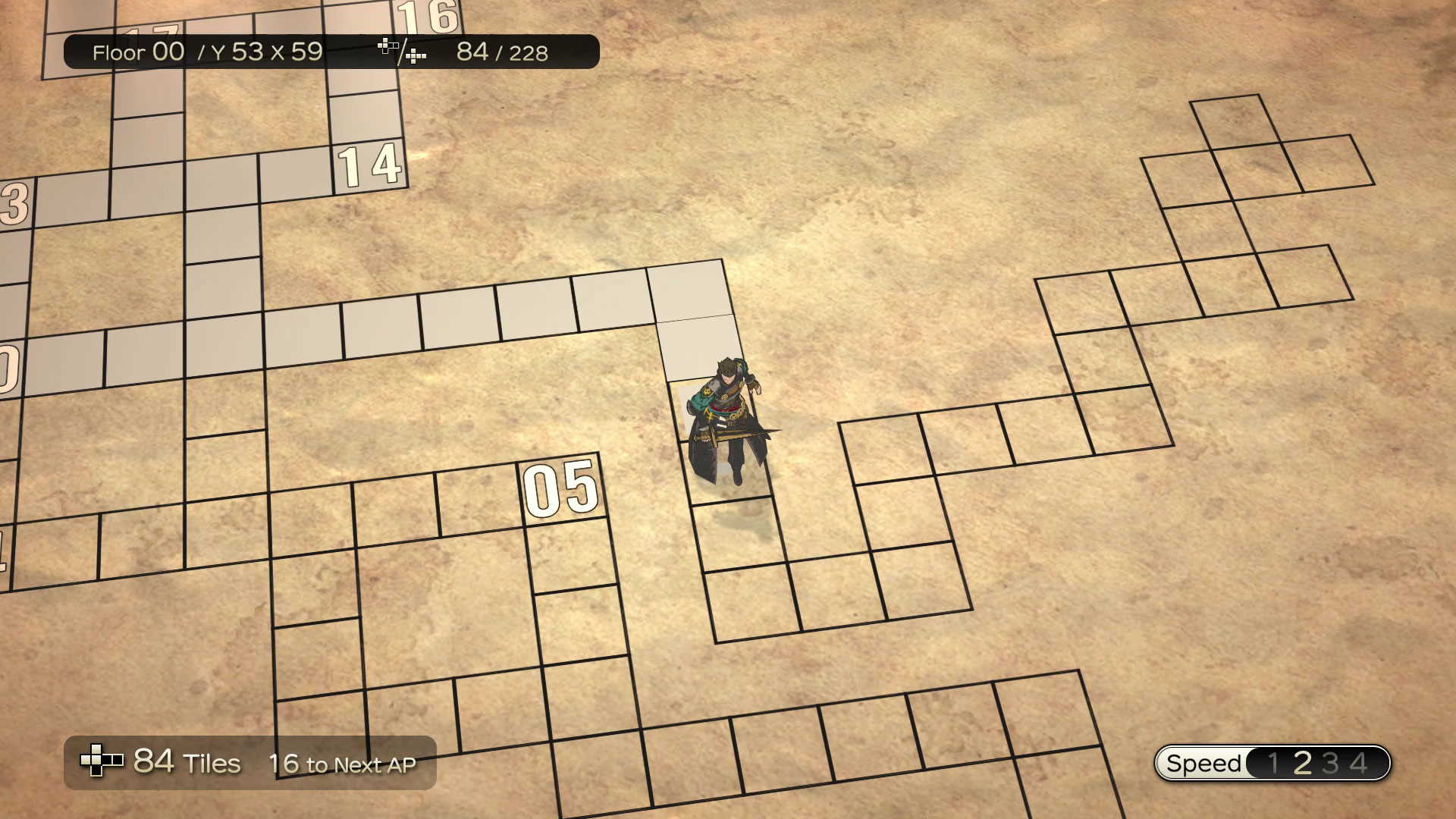 The genius of Dungeon Encounters is how it audaciously strips things down to the fundamental things that make role playing games fun to play in the first place. Sure, we all love an epic tale of good vs evil, but if the combat and various other RPG systems are not enjoyably compulsive, then any adventure is effectively over before it has begun. Ito began working on titles in the days where technical limitations graphically meant that the gameplay was the most important aspect to consider. So, as you would expect, in a game world as ostensibly bare bones as this one, he nails the mechanics.

You are asked to pick a party of four heroes from a small initial selection. Each of them is presented with Fire Emblem-esque character pics and a small paragraph which explains their motivation, their reason for existing within the universe. It is easy to miss these biographies, but I sincerely recommend you do so, and they are superbly written and add an incredibly evocative sense of characterisation to what initially just seem like pawns in the board game stylised dungeons. 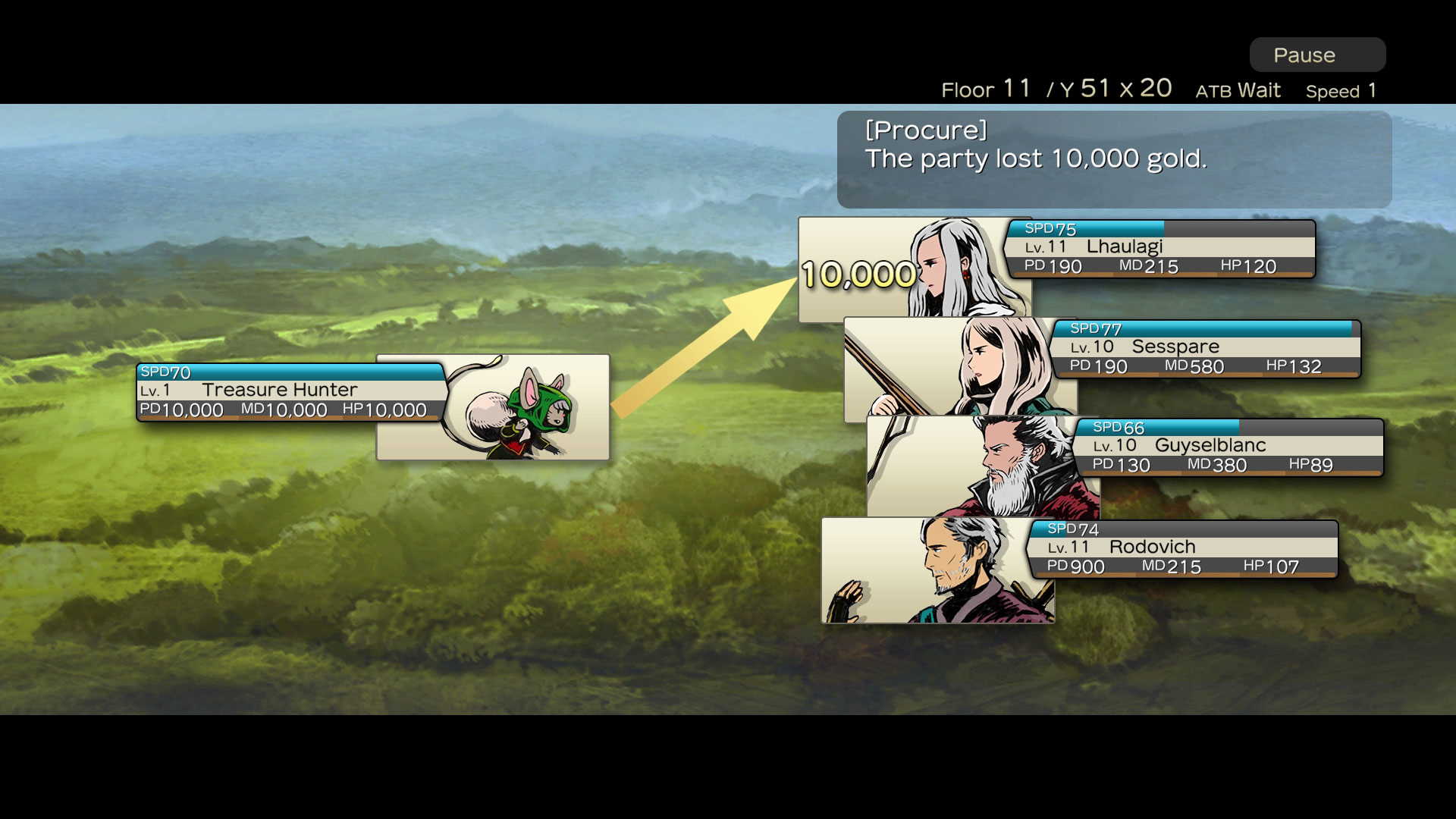 Once you have chosen your quartet, you are dropped onto said board: a series of squares that you colour in as you progress, encountering numbered boxes that trigger noteworthy events. This could be a place to replenish health; swap abilities; add a new fiend to your bestiary, or most likely – have a fight. Everything is portrayed in a deliberately simple way. There is no clutter, no cutscenes to speak of, just your avatar winding their way around the map, scored by a typically banging Uematsu soundtrack. Whoever is top of your list of characters will be the chosen one on the map screen. Later on, you can unlock a character that is a dog carrying a sword in its mouth. Just saying.

The battles are gloriously old school active time battle (ATB) affairs. There are some minimal animations when you strike your foe, and the small but pretty designs from Ryoma Ito are fantastic – but this is all about the stats and managing your party. It had me thinking about the days when I used to play 1990s Championship Manager, where the strategizing was key, and I didn’t even think about the visuals for a moment. 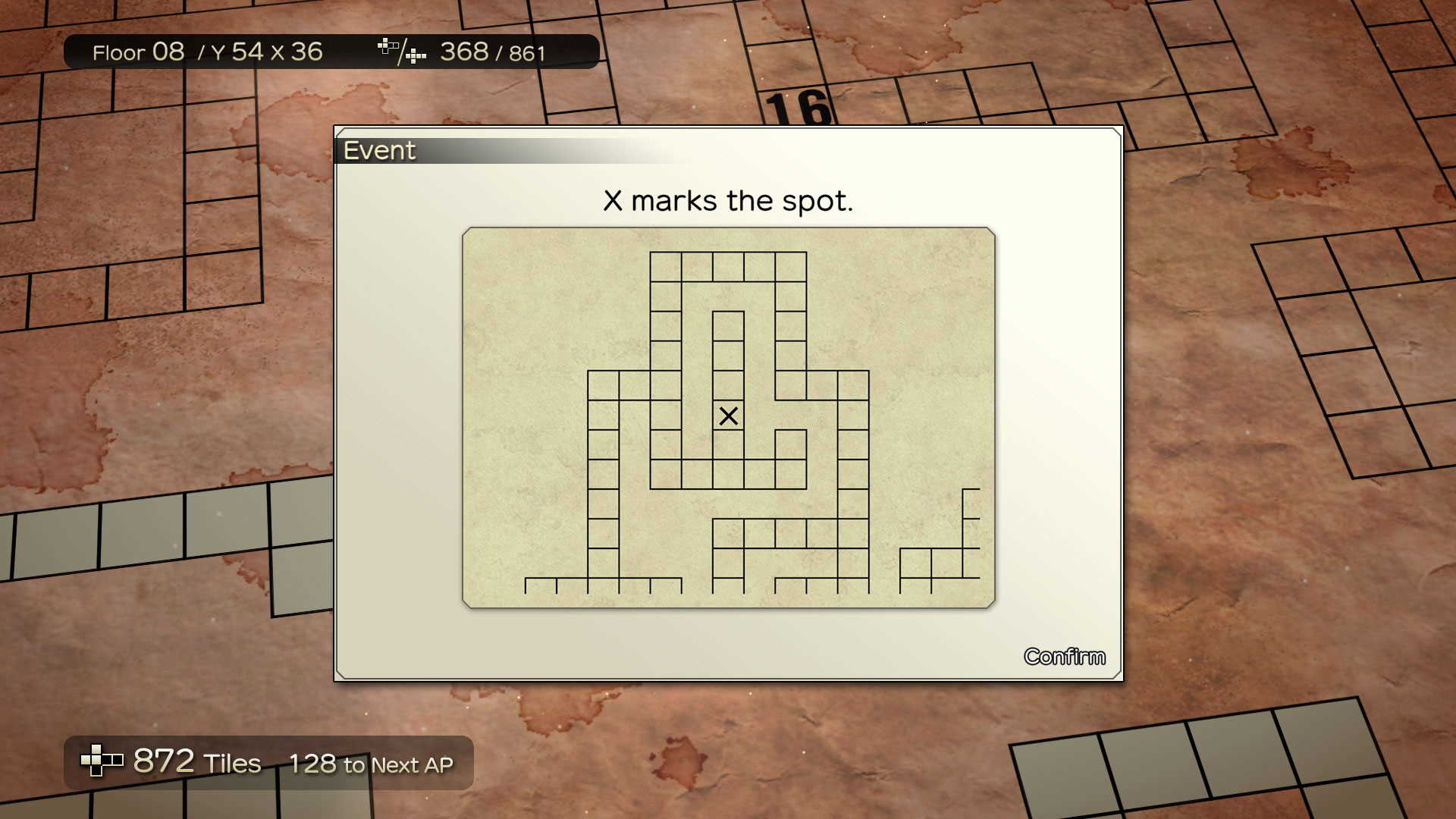 And just like I virtually coached Dele Adebola into an awe-inspiring goal machine, it is possible once you have done enough leveling, unlocked enough abilities and learned how to make the most of them – to make progress through the dungeons. And let me tell you, colouring in those tiles becomes a gloriously addictive affair, even if it does ramp up the challenge significantly the further you delve into the depths.

It is fair to say that this one will probably split opinion simply because of the way it looks. This is designed to hit that dopamine sweet spot in the brain of old school dungeon crawling RPG nuts. Remember I said how it made me laugh? There are some other things that raised a chortle, but that will probably annoy the hell out of some. You can, for example, encounter an enemy who has a special attack that will effectively KO your party member if their current level is a prime number. Sometimes you get literally all of your money stolen, and effectively placed in negative equity. Your guys can be actually consumed by some enemies. It is a hardcore experience, that some will dismiss as overly simple. More fool them.

Simple nature may put off some

Dungeon Encounters is a hardcore experience, that some will dismiss as overly simple. More fool them.