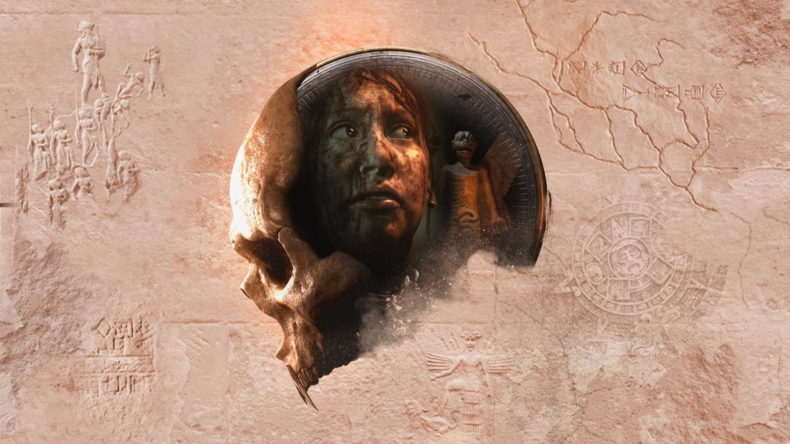 Right from the start you get a sense that things are different in House of Ashes. As the third outing in Supermassive Games’ The Dark Pictures Anthology, there’s always the worry of repetition, that the games in the series may blur and merge into one. But House of Ashes differentiates itself from the off with some bold decisions that make this feel like an almost unique entry in a franchise that’s pretty familiar at this point. The result is a game that fans of Man of Medan and Little Hope will feel right at home with, but may also tempt newcomers too.

Our story – after a brief, but important prologue – takes place in the early 21st century, at the end of the Iraq War. Some new American technology has detected the presence of an underground chemical weapons facility in the Iraqi mountains, and so a squad of marines is sent to investigate. Once on the ground though, the search reveals little of value, before the squad is ambushed by the local Iraqi Republican Guard. A firefight ensues, disturbing the ground, creating holes that our five protagonists (and more) fall into. Now they find themselves underground, in some sort of temple structure, with no way of getting back up. And to make matters worse, they’ll soon realise they’re not alone down there…

House of Ashes | A new direction for The Dark Pictures

On the surface, it might sound like traditional The Dark Pictures fare, but closer inspection reveals a different perspective. The protagonists, for example, aren’t your usual feeble, naive easily-scared bunch of individuals. No, this time your party is made up of five battle-hardened soldiers, used to combat, chains of command, tactical thinking, and the general unspeakable horrors of war. And despite their predicament, they are still better equipped than most to deal with their situation, with guns and knives, as well as flashlights, rope, radios, and flares.

Their vulnerability comes from a couple of new directions for the series. The first is in the attention to their backstories, their motivations, and past interactions. While Supermassive Games have set out a character’s personality before, this often just boils down to several adjectives that differentiate them from the others in the group. In House of Ashes though, attention and consideration are given to what has gone before the events of the here and now, and perhaps more importantly, what happens afterwards. I found myself rooting for various characters’ survival not just because that’s really the aim of the game, but because I’d caught a glimpse of their life before this tragedy, and I wanted to see them reunited with it. It’s a simple choice, but an effective one.

But perhaps the biggest “game-changer” in House of Ashes is what the group finds themselves up against under the mountains of Iraq. Or more importantly how they are shown, and the pace with which they are revealed. Previous games in the series have opted for a more secretive approach to their big plot devices. Opting to build mystery over time. However, in House of Ashes, the enemy is revealed in the Prologue, and then again within minutes of characters finding themselves underground. Rather than just being shown what the enemy is, you’re experiencing first-hand what it can do.

It makes House of Ashes feel more intense as a result, but due to adrenaline rather than the creepy unknown or jump scares. And whilst there are a few shocks in House of Ashes, more often than not, it’s a high-octane thriller keeping your heart racing as you struggle against this new foe. This fast-paced action marries perfectly with the soldier-focussed cast as everything is at the limit. But it also makes the divisive QTE feel much more at home, as the adrenaline from the action on-screen flows through you as you attempt to enter the right combinations to progress. For those who still deride them though, House of Ashes offers numerous options to not only turn off the timers, as in previous games but also offers three difficulty settings for those looking for a more casual experience or those who want a challenge.

The other main hallmark of The Dark Pictures Anthology is the branching narrative, and more importantly how that can lead to characters either living or dying. There are plenty of choices, and the Bearings are back to point out key decisions that could impact later story beats. Premonition pictures can be collected to offer a glimpse into the future, although as usual, their lack of context can sometimes mislead.

The branching narrative of House of Ashes is interesting. There’re plenty of choices to make but like most of Supermassive Games’ stories, there’s a requirement that certain characters make it to the latter stages just to ensure the story is told. This was true even in the acclaimed Until Dawn where at least a couple of characters were around right at the end for the eventual climax. The same is true here, and as such losing lots of characters early is unlikely, but on the flip side you can lose a key character quite early on too.

There are also plenty of unique scenes, and even key plot points you might miss with certain decisions. Don’t expect full-blown unique chapters, but definitely some twists and turns can be discovered or missed completely towards the end of the game depending on your choices and who is left in your party. There are also multiple ways for characters to die, and, interestingly, without spoiling anything, multiple ways for one character to actually survive the ordeal. It definitely rewards multiple playthroughs as the ramifications can be quite vast, even if the main beats remain similar.

House of Ashes delivers its story well by continually raising the stakes. I had my concerns that, with its dark dingy, stone structures, it would become a plodding adventure interspersed with some cut-scenes and QTEs. But that proved to not be the case, with the locales becoming more surprising (and a little more disturbing) as the game went on, and the threat of the enemy feeling more dangerous as the hours went by. In many ways, House of Ashes didn’t feel like a story told by the Anthology’s now-infamous Curator, but easily something that could be transferred to the movie screen. It has high-octane thrills, overbearing, relentless enemies and a story arc that has more than a whiff of Hollywood about it.

It does mean those looking for a more traditional horror experience may be a little disappointed. Especially compared with the more eerie Little Hope or unnerving Man of Medan. House of Ashes has taken inspiration from films like Predator or Aliens and that’s clear in its direction. It certainly works well, just fans should be aware going in that it does feel tonally different from what’s gone before.

The most surprising thing about House of Ashes is that it doesn’t focus on trying to surprise. It’s still mysterious and shocking, but it unashamedly presents its situation upfront and then lets us navigate further and further in. By doing away with trying to subvert expectations – like previous titles in the series have – it frees itself from some narrative shackles and instead focuses on the overall experience. The result is a very different game, faster-paced, with more adrenaline pumping as you smash those QTEs or make the tough calls. This new direction won’t be for everyone, and whilst some of the narrative branches are incredibly interesting, the lack of completely different endings may disappoint some people.

Ultimately though, House of Ashes represents something a bit different for The Dark Picture Anthology, and that is a good thing. For the series to survive it needs to shake things up, and House of Ashes is a great example of Supermassive Games doing just that.

Not enough horror for some
Ending variation could have been better

A tense, action-packed tale that feels completely different from what you've come to expect from The Dark Pictures Anthology so far.