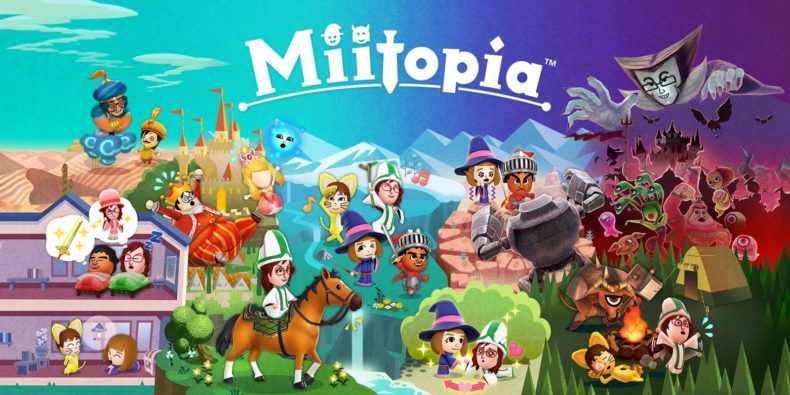 It feels like a lifetime ago that Miis were the new cool thing in gaming. The idea of a cute and easy to create avatar that you could play tennis with was very appealing. It was also a crucial ingredient of the cocktail that was the Wii’s massive success. Once Nintendo moved on from the Wii though, Miis slowly became less essential. I hadn’t created a single Mii on my Switch until very recently, and that’s because of Miitopia.

Everything in the world of Miitopia is hunky-dory, until the Dark Lord shows up and starts stealing the faces of innocent Miis. These missing faces start showing up on aggressive monsters, and the kingdom needs some heroes to thwart this villain and save the land. Fortunately you and your Mii buddies are more than willing to lead the charge.

Jobs for the team

Once you’ve created your protagonist, you’ll have to choose a job and personality for them. All your favourite mages, thieves and clerics are here to choose from. There’s also a few wackier options like Pop Star and Cat. Each job has its own skills your Mii’s learn as they level up, from a simple fireball to singing the enemies into a dance frenzy. Based on what personality you choose you’ll also get random perks. Cool characters sometimes backflip out of harm’s way, while Energetic ones can sometimes survive a lethal blow. You’ll meet plenty of other allies on your adventures, so picking jobs and personalities that compliment each other is key. 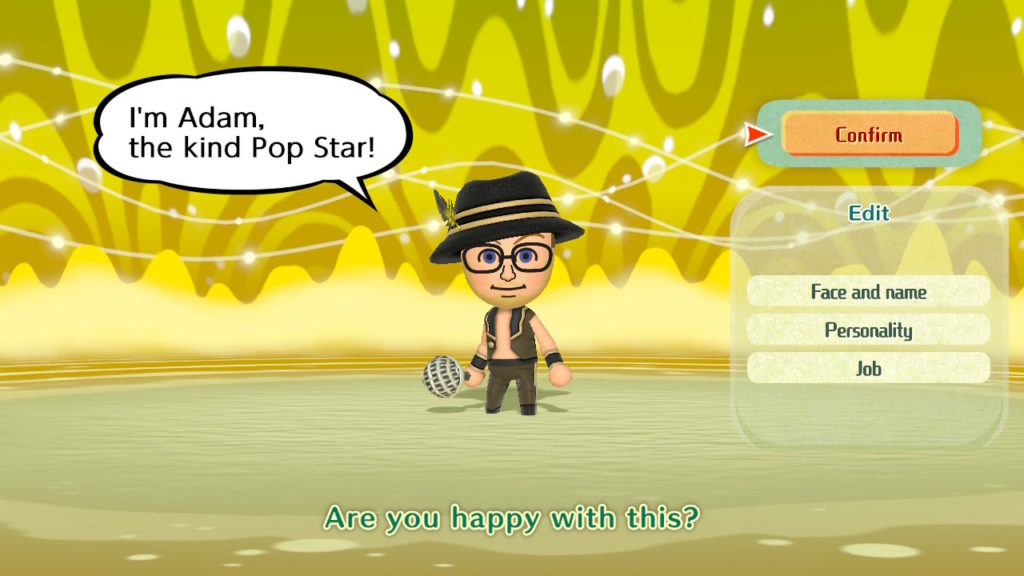 After you’ve made your protagonist, you’re thrown onto the world map and the adventure begins. The map is essentially made up of stages, which involve you watching your Miis run left to right until a battle, chest or split in the path appears. Eventually you’ll reach an inn, and you can rest up for the inevitable upcoming encounters.

Battles are turn based, but you can only issues commands to your main character. It’s a very simple combat system, with special attacks that cost MP, buffs, and a host of interesting status effects that can be inflicted. It’s perfectly serviceable, but what really sets Miitopia apart from other RPGs are the friendships your party form.

At the Inn between levels is where you’ll all grow closer. Miis that stay in the same room get a boost to their friendship, and if you find any Outing Tickets you can send a pair of Miis on an adorable day out together. When your friendships level up new abilities have a chance of triggering in battle. This ranges from cooperative Pincer attacks to warning of incoming attacks. It’s a great system that’s as rewarding as it is charming. 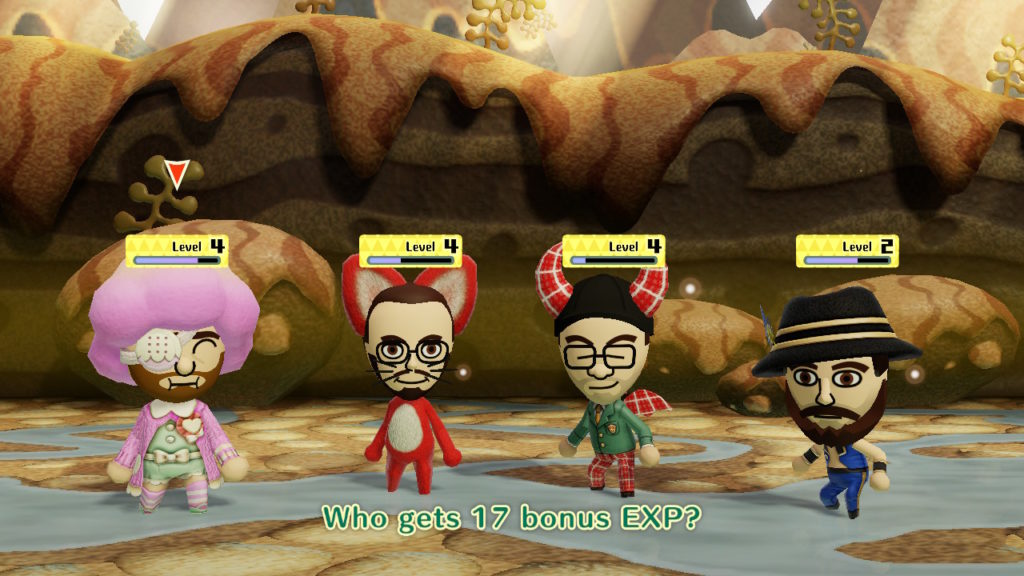 The sheer cuteness of Miitopia is honestly its biggest selling point. As your Miis run through levels together they have entertaining exchanges, and leveling up their friendship will cause them to dance and pose together in a hilariously over-the-top manner. One of my favourite moments was when my Mii unexpectedly bought a portrait of himself for the Mii I made of our lovely Editior-in-Chief. Then, another Mii jealously appeared in the window complete with murderous music. The Nintendo charm truly is turned up to 11 here.

If you enjoy making Miis you’re in luck, because you’ll be given the option to create one for every single character in Miitopia. You’ll be given a description of each character when you enter a new town. If you want to, you can jump straight into the Mii creator. It’s not a requirement to make hundreds of Miis to play the game, of course. But there’s a certain pleasure to be derived from making the main villain look like your mother-in-law (just as a completely innocent example). 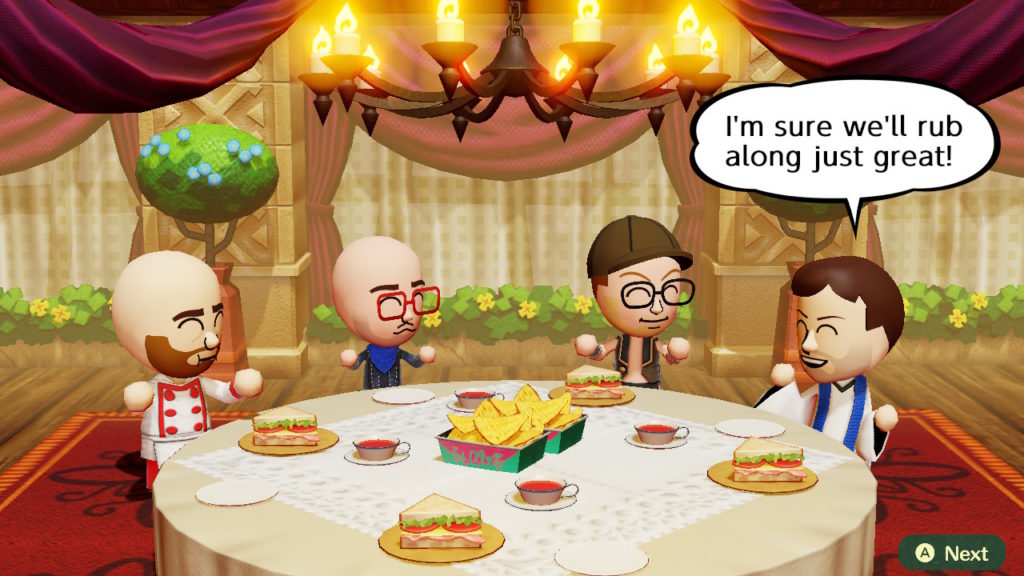 Every system in Miitopia is just so pleasant. You get food from defeated foes, and these can be fed to your Miis to boost your stats. Each Mii enjoys different snacks, and will jump out of their chair with glee if they like a treat or feel sick if they don’t. There are also mini games you can play for rewards, like rock paper scissors or roulette. The absolute best of these is a quiz that asks you to find your Miis in lineups or parades of similar looking characters, which can be really tricky when only mouths or eyes are made different.

Outside of the simple gameplay, the main failing of Miitopia comes as you play further into the roughly 30 hour campaign. Once you’re about half way through the game, you’ll start spotting repeated interactions with party members as you play. These are initially the main draw of the game, so it’s disappointing when you realise you’ve seen most of them with so much of the game remaining.

Miitopia is an incredibly charming game, full of adorable interactions and cute moments. The RPG gameplay is very simple, but customising your own Miis and watching them adventure together is really engaging. If you’re looking for a game full of Nintendo joy, Miitopia undeniably has that in spades.

Miitopia is a game packed full of adorable moments and Nintendo charm, but don't go in expecting the deepest RPG experience around.