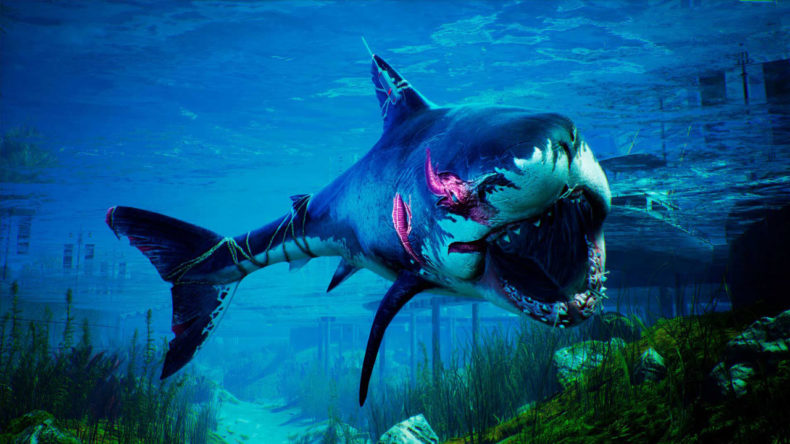 Last year’s Maneater from Tripwire Interactive was a bit of a surprise. Although, perhaps not enough of a surprise to warrant a spot on anyone’s GOTY list. But what do you want from a game whose main loop is eating things and getting progressively better at eating things? It’s not like there’s even much context to the way your shark mutates. You’ll be swapping out intrinsic natural abilities like you’re affixing extra weapons to a LEGO tank until you’ve created some kind of prehistoric megalodon from your initially fairly innocuous bull shark.

But I don’t think anyone expected it to be quite so much fun. I mean, the concept is there. You play a little bull shark on a quest for revenge against the Cajun shark-hunter who killed your mama. To be fair, though, your direct run-ins with Scaly Pete are spread quite well across the runtime. And those long moments between are spent hunting down other marine life such as alligators, fish and other sharks. 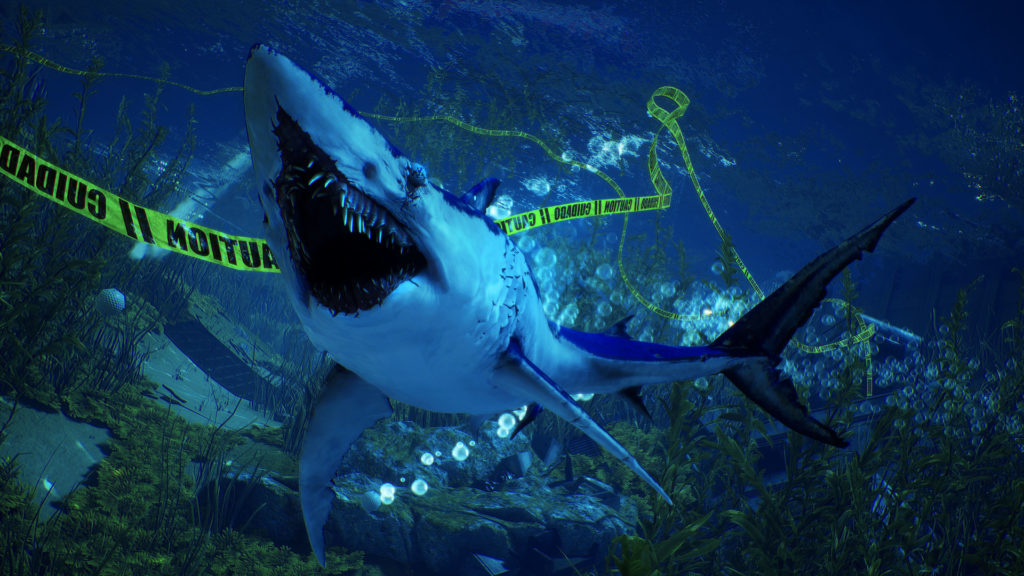 As an RPG, Maneater performs very well and keeps the risk/rewards interesting for as long as possible in a game where the primary goal is to become the baddest fish in the whole damn bayou. It’s actually not too far after the halfway point that you realise you’ve grown big enough to survive most fights, and you’ll have unlocked enough mutations to stay alive against all but the toughest of adversaries.

The game is structured like most open world role-players. You move from area to area eliminating objectives and side-concerns until the big bad of that particular biome shows up. In Maneater these come in two forms. The Apex Predator, usually a huge version of the standardised enemies, and the human shark-hunters. The former are by far the more fun to take on, since fighting other marine predators actually requires a little savvy to pull off. You’ll need to learn to dodge and evade, utilise your tail flicks and learn when to risk a bite and shake, and when to back off and wait for a better opening. 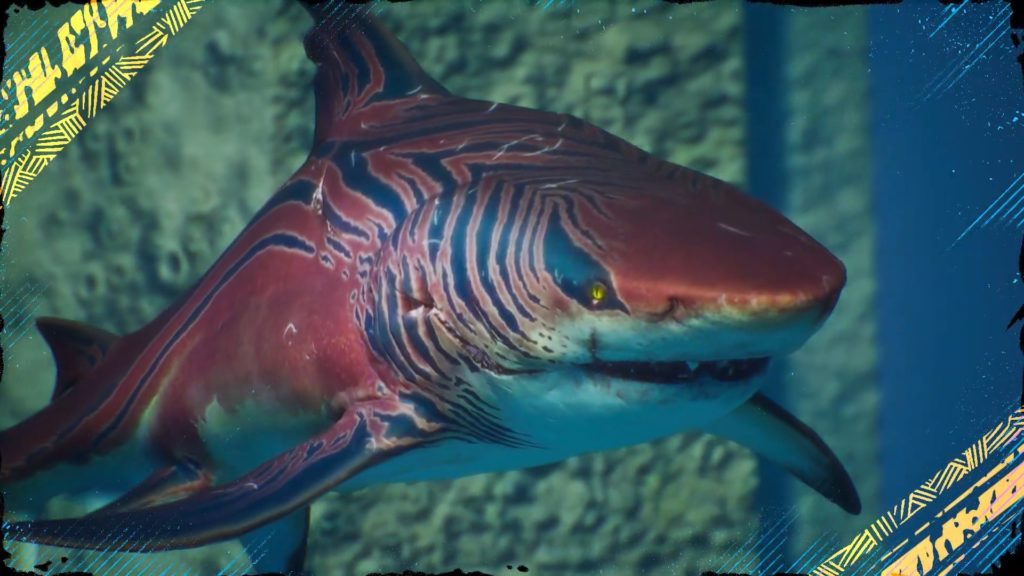 A little jank in the tank

By contrast, the human contingent is literally a screaming, splashing buffet. Even the shark-hunters and their harpoons don’t pose much of a threat. You can slow-motion evade their shots as you strafe around their boats, and to kill them all you have to is jump out of the water and mash the bite button like a saucepan full of Sunday spuds. And speaking of things that are super easy to chew, all encounters with humans are the same. Just eat them like the planet-polluting, ocean-invading little meat popsicles that they are.

Rick & Morty’s Chris Parnell features as the narrator of the TV show “Maneater”. This documentary follows Scaly Pete’s exploits and doubles up as your guide as you play. There are tons of collectibles, power-ups and areas of interest in Maneater, and his narration adds a patina of comedy to all the wanton slaughter that sometimes seems a little oddly juxtaposed. Despite being fairly janky where the combat is concerned, Tripwire’s action RPG is an enjoyable adventure. It also feels quite unlike anything else. It’s a strong power fantasy, and its submerged world is a joy to explore as such a graceful, gliding beast. 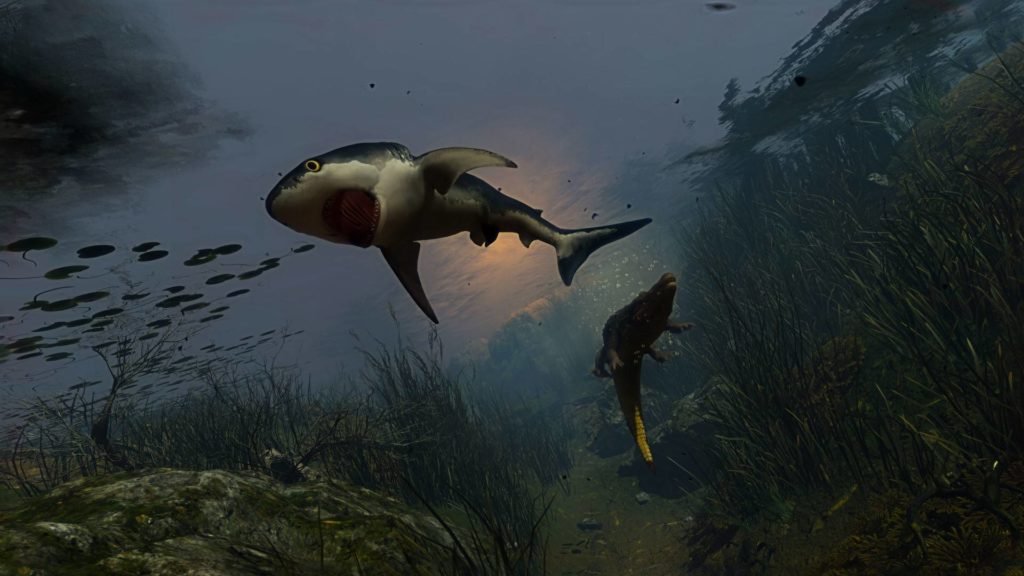 I was mostly impressed by how Maneater ran on PC, but I wasn’t expecting anything overly impressive on Nintendo Switch. To Tripwire’s credit it runs very well, only hitting framerate drops when there’s a lot going on. The resolution has obviously taken a hit, rendering some of the underwater sections a little trickier to navigate. For the most part it’s not detrimental. The Switch version also comes with a groovy tiger shark skin (which actually gives your shark red and black tiger stripes, obviously). Sadly, though, there’s no new gameplay content included. There is DLC announced for the other platforms this Summer, though. Hopefully this will find its way to the Switch release too.

As with many straight ports, if you already gnawed all the meat from Maneater’s bones on the other platforms there’s nothing much to encourage a replay here. Besides, of course, being able to do it on the loo. Or on a boat somewhere, if you like, as it’s a single player offline game and requires no internet support to enjoy. But if you haven’t had the chance yet and you’re looking for a meaty action RPG to sink your teeth into (yes, I went there), Maneater on Nintendo Switch could be just the prey you’re hunting for.

Maneater on Nintendo Switch is still the same silly, irreverent offering it is on the other platforms, but it doesn't look quite as pretty and there's nothing to shout about here if you've already played it.