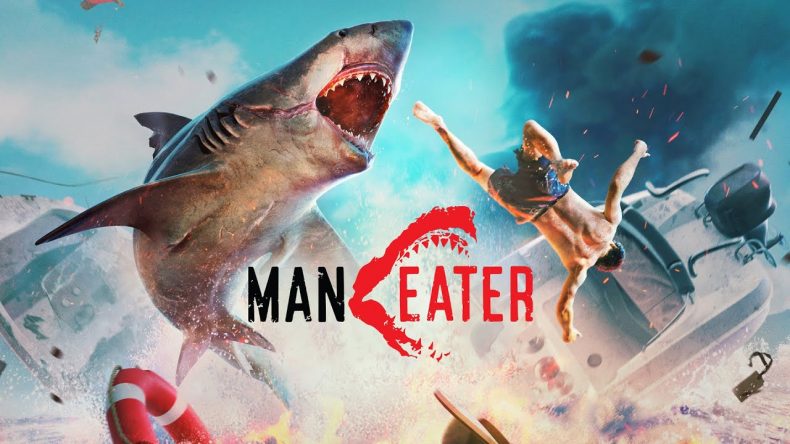 I’ve always been a little bit terrified of sharks. Which is odd because I live a few hundred miles from the nearest significant body of water and, based on my diet, likely taste of Monster and Marmite, neither of which are classic staples of a shark’s daily intake. But of all of Mother Nature’s kaleidoscopic creations, the shark is one of the most consummately horrifying. Forget spiders or lions or Komodo Dragons, sharks are the real deal. Silent, powerful, completely lacking in empathy, their black, soulless eyes concerned with nothing more pressing than where their next meal is coming from, the shark is essentially just a moving digestive system. You can argue all you want that they’re innocent creatures given short shrift by the film industry, but so are traffic wardens and I know which I’d rather get dropped into a tank of. The traffic wardens. Obviously.

It has often been said, though, that if you really want to understand another sentient creature, you ought to live a day in its life, which is where Tripwire Interactive’s Maneater comes gliding into the scene. If the title doesn’t immediately indicate that Tripwire have very little intention of dispelling any of the myths around sharks as flesh-rending killing machines, the opening half hour certainly will. You’re thrown into the open environment of Port Clovis, Florida, as a mama bull shark on a rampage. You’re told right away to eat people, and eat people you will, chomping down on obnoxious Floridians with reckless abandon – until, that is, Scaly Pete shows up. Framed as a tongue-in-cheek documentary narrated by Rick & Morty’s Chris Parnell, Maneater’s story follows the exploits of the muscle-bound Pete who, along with his son Kyle, hunts the sharks of Port Clovis on his boat, the Cajun Queen. Initially portrayed as something of a savage with nothing but contempt for sharks in general, it soon becomes apparent that there’s a little more depth to Scaly Pete – and it’s just one of Maneater’s many surprises.

The TL;DR, though, is that Pete’s dad was killed by a “mega-shark” in these waters and no one believes it exists. Pete has a personal vendetta against your bull shark pup over an incident that happens early on, and at the end of each chapter you’ll return to check on the Cajun Queen and catch up on Pete’s story. There are few moments that sail close to genuine emotion, although Tripwire are always careful to remind you that this is essentially a comedy mockumentary and usually follow anything too deep with humour.

Between these short sojourns to the Cajun Queen you’re free to explore the waterways as much as you like. There are collectibles scattered everywhere, including nutrient caches to munch on, hidden underwater sewer grates that act like shortcuts in a Metroidvania and can only be opened when you’ve reach a certain level of maturity; spinning license plates to chomp, and location markers which, when activated, allow the narrator to provide a little insight into the immediate area. From a Mafia “parking lot” which is actually a field of wrapped corpses tied to concrete blocks, to sunken statues, vehicles, or buildings, there’s plenty of interesting things to find. Eating anything that swims or crawls will give you XP of various types which allow your shark to level up. Thanks to the questionable chemical make-up of Port Clovis’ waters and your shark’s apparently unique genetics, this also allows you to mutate. This is where Maneater takes it up a notch, too. Taking out the apex predator of a given area or wiping out one of the local, named shark hunters will give you a unique mutation that can be equipped like gear in any other RPG. To begin with you’ll receive electrified teeth – wait, stay with me – that stun other predators, as well as a sonar that will identify food, collectibles or enemies within range. By 6 hours in I had reached adulthood and was rocking upgraded electrified teeth and armour-like bones on my fins that deal extra damage and absorb impact. And the mutations only get bigger and more outlandish as you go.

This is Maneater’s biggest strength. There aren’t many games these days, especially new IPs, that are able to really lean into the silliness, but Maneater manages to do it while at the same time offering a world that’s genuinely fun to explore. The various submerged areas of Port Clovis are detailed environments full of fauna and flora, punctuated by the debris and detritus of human civilisation, while the surface features golf courses, pleasure beaches, neon drenched nightclubs that stretch into the sky, and boats filled with tourists and hunters, Mafioso disposing of evidence and doomed young couples enjoying a pedal-boat ride in shark-infested waters. Your shark controls well enough for navigation, able to dive to the very bottom of the swamp, jump from the water with a flourish, or knife at speed through the surface, her scarred fin slicing the water with satisfying menace. When you’re seen, it’s usually followed by panicked screams, and humans – even the boss-like Hunters – are no match for you if you can get them in the water. Other wildlife, though, is another matter.

For the first few hours, the sight of a ‘gator slinking towards you is a terrifying sight, while barracudas and muskies make for less deadly but more irritating foes. That being said, by the midway point you’ll be facing other sharks, as well as assorted marine beasts that will make you wish for a lake full of alligators again. Combat is a little hit and miss, quite literally. Your shark only really has three moves: a bite, a tail swipe and a dodge. You’ll need to learn to read your opponents and time your dodges and attacks right so you can stun them and get a few hits in, and as a general rule anything bigger than you can catch you in its jaws and roll or thrash until you escape. You can do the same, too, of course, but some of the things you’ll fight are true monsters. A good offence makes for the best defence here, as you’ll want to do as much damage as quickly as you can because if Maneater has anything in abundance, it’s predators, and you’ll regularly have to contend with two, three, or four enemies at a time, all coming at you from any angle like you’re playing a melee dogfighting game. I’ll admit that I went into Maneater expecting to be disappointed, which is probably why I enjoyed it so much. It’s knowingly imperfect, but not in an “early access” kind of way where something feels unfinished. Rather, Maneater presents a very competent open world checklist RPG where you happen to play a shark instead of the usual cop or criminal. The narration does a solid job of conveying the story, while the plot itself manages to hit the occasional emotional beat, and the beauty and depth of the marine environments balance out perfectly with the topside insanity as you wipe out an entire beach in a flurry of spraying blood and flying limbs. Oh, and you can even jump out of water and flop around on land, killing and finding secrets until you start to suffocate, a “skill” which can be augmented with the “amphibious” mutation.

Maneater has “cult hit” written all over it, and it’s more than deserving of that status. You’ll catch physics bugs and visual glitches here and there, you might occasionally wonder what the hell Tripwire were pouring on their cornflakes some mornings, and you’ll almost certainly get lost now and then as you navigate the murky waters chased by the eighteenth alligator of the day, but if you’re prepared to dive in and let Maneater drag you away, you’ll find a genuinely entertaining and imaginative RPG to sink your teeth into.

Maneater is knowingly imperfect , but presents a very competent open world checklist RPG where you happen to play a shark instead of the usual cop or criminal