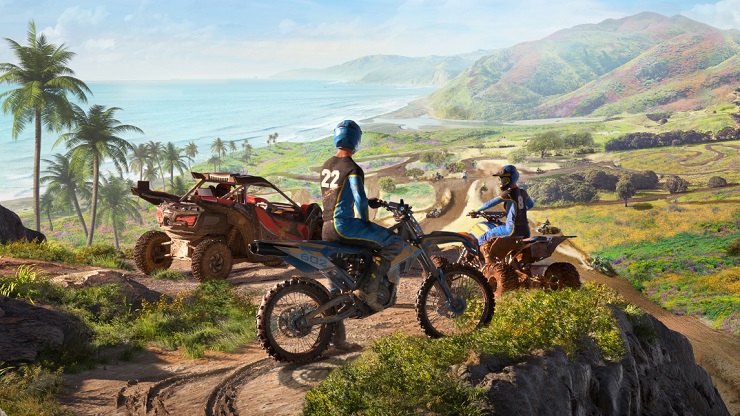 The MX vs ATV series has had its fair share of duds, and even now, with MX vs ATV Legends, it’s far from perfect. However, there’re plenty of opportunities to get familiar with the handling of all three vehicles, and a bulky career mode to keep fans of the dirt racing genre firmly planted in the muddy tracks. Playing on PlayStation 5, there’s a noticeable difference in the quality of the visuals, but Rainbow Studios still has a way to go in making this the ultimate off road racer.

The majority of your time will be spent in the Career Mode. Starting off with the dirt bike, it won’t be long until your taking part in championships featuring the ATVs and UTVs. Before you dive into competitions, the tutorial gives you a good idea of how the new physics work for the vehicles. The most noticeable change is how going into jumps and successfully landing them feels. You can take them cautiously without leaving the ground too high, or gain plenty of air in an attempt to cover more distance. 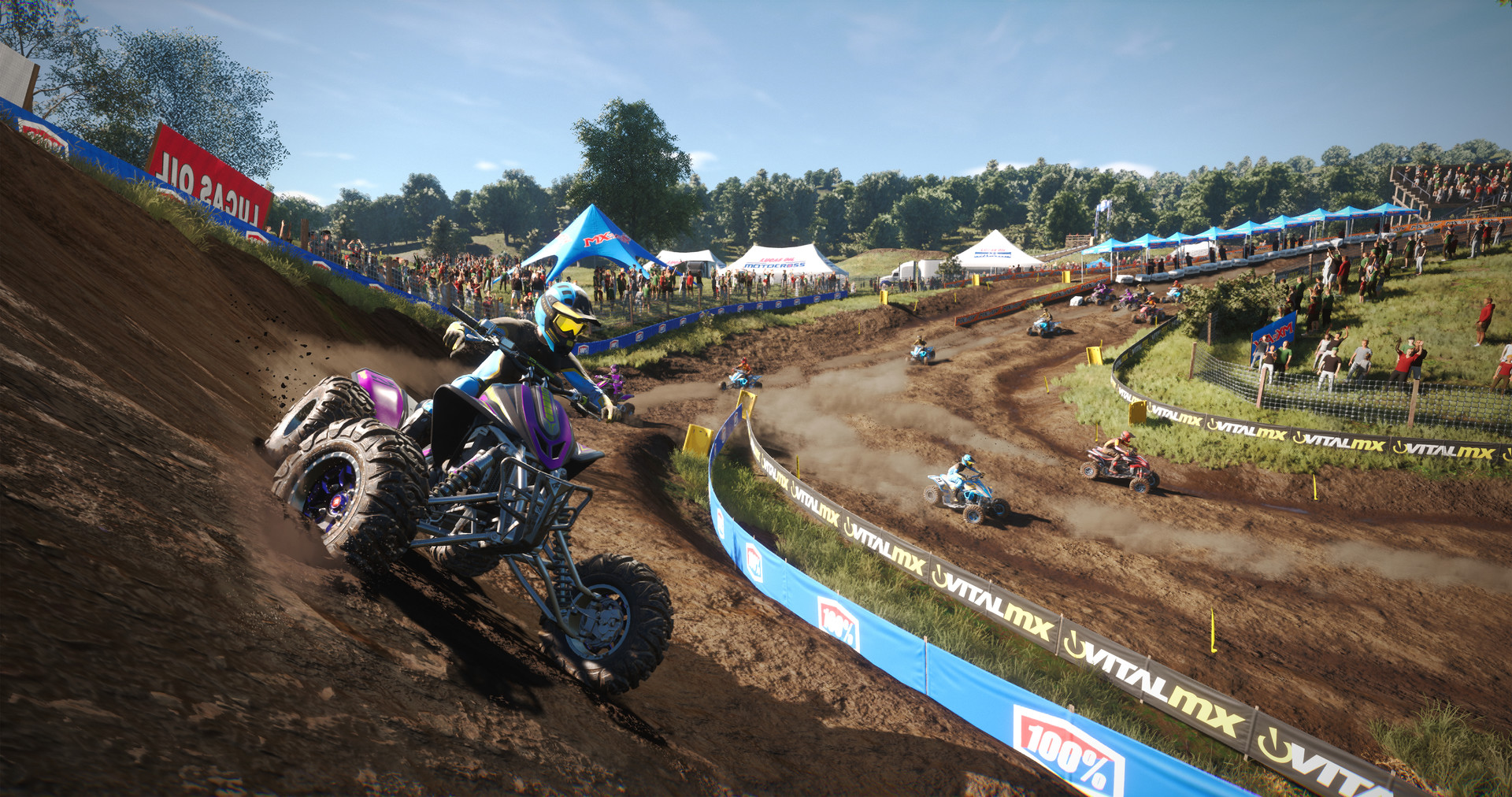 There’s a great sense of risk and reward depending on how you decide to attack a jump, and if the landing doesn’t connect and you go flying off your vehicle, it’s more down to how you handle in the air. Some tracks are filled with jumps and straights, others are filled with tighter corners. Regardless of the circuit, there’s often a lot of variety, but I found that some are more punishing than others. Sometimes, it isn’t even down to how you control the vehicle, as the AI is either punishing and unrealistic, or slow and unintelligent. It doesn’t even matter on whether you’re racing on two wheels or four, the AI doesn’t feel balanced.

Handling of all three vehicles feels good for the most part. Bikes zip around faster and are much easier to go around corners with, but they feel more vulnerable, with a much larger room for error. The ATVs walk the line between light and heavy, whereas the UTVs are beasts and take patience to control. You’ll need to master all three classes as the Career takes you through plenty of weeks where all three will be available to choose. I seldom enjoyed the UTVs as they felt incredibly clunky and trickier to manage, whereas the other two gave me enough room to improve and feel my progress present itself as I moved through the weeks. 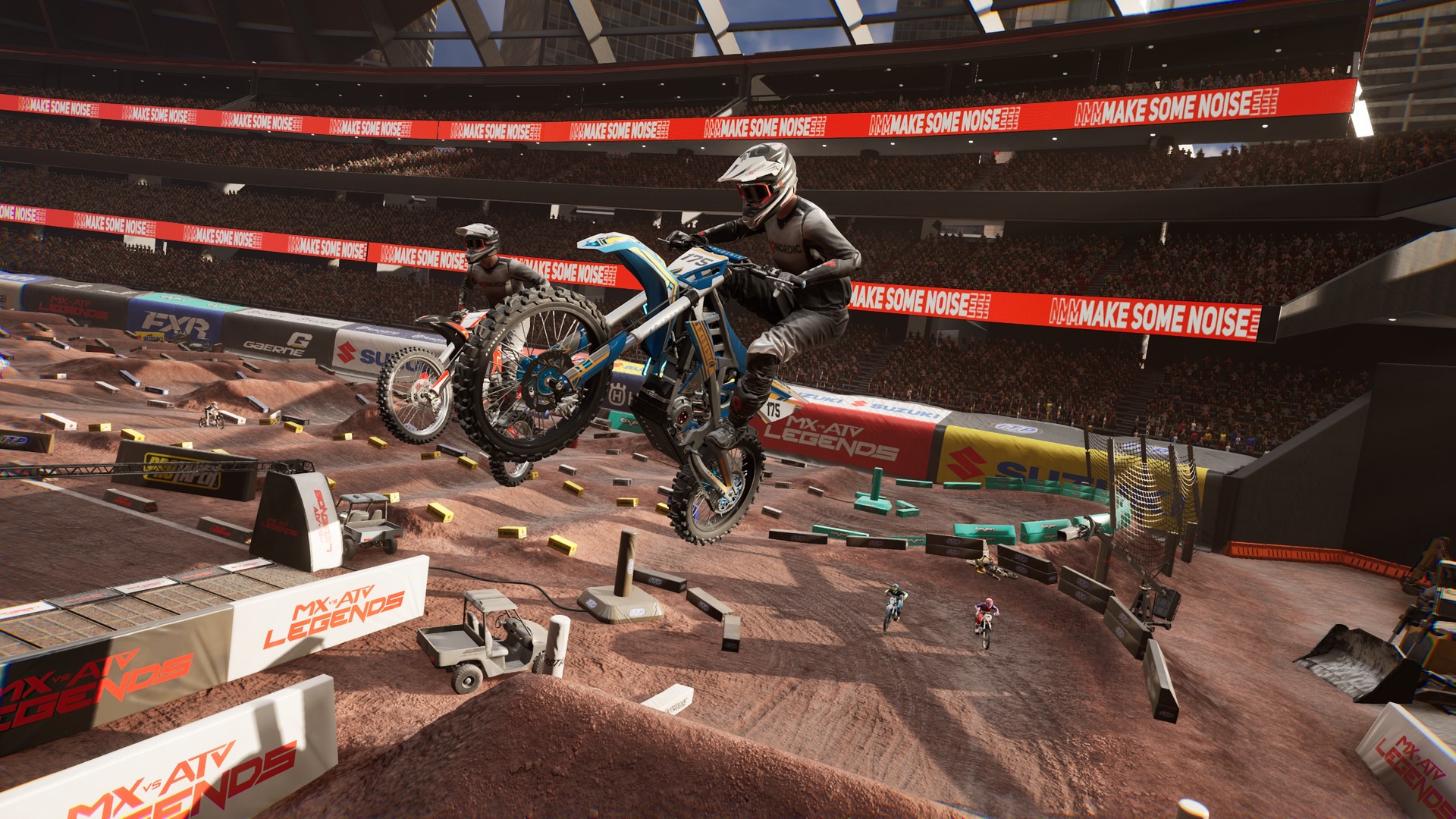 With most racers, you aren’t punished by your failings as there’s a rewind feature that allows you to skip back a few seconds. Unfortunately, MX vs ATV Legends gives you a reset that doesn’t flow with the races. It almost drops you back randomly without a smooth transition. Granted, making mistakes can be seldom made thanks to the tight handling of the dirt bikes and ATVs, however, even with those rough landings or overshoots of a corner, rewinding would make races feel much smoother given the chance.

The more successful you are, the more upgrades for your vehicles become available, and later down the line new vehicles will open up. It feels bare bones compared to other racers as there’s a lack of detail in the different parts and vehicles, leaving the player to only assume new ones are better than the last. It’s also more of a collection of events with no story to tether everything together, making the only motivation you have to simply get the highest position in each event. This might be more than enough for most players, but I personally like careers in any racer have something more than this. 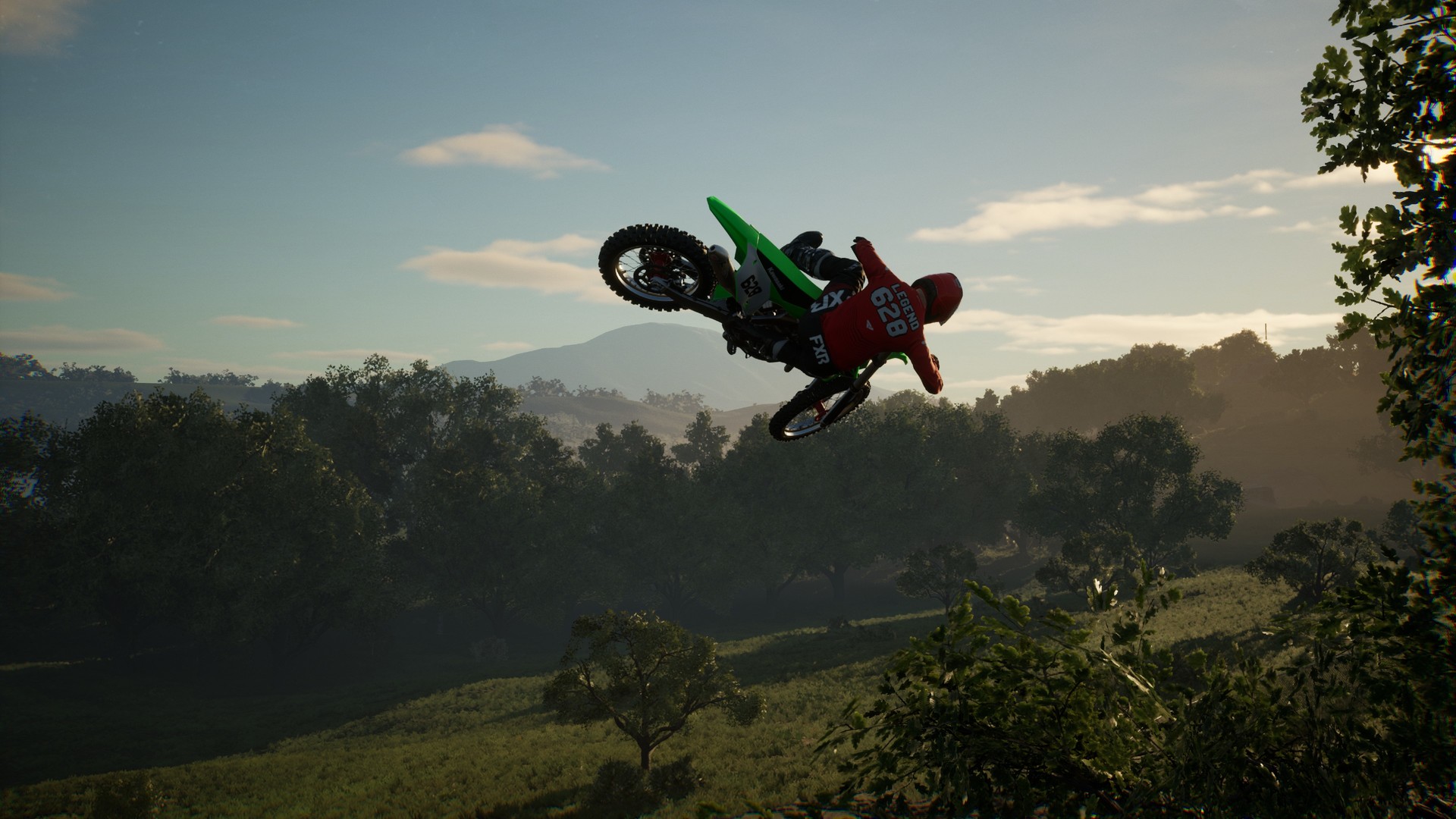 While MX vs ATV Legends isn’t the prettiest racer I’ve seen on PS5, the various locations look great, and despite the rare glitch (racers arms moving awkwardly when revving, for example), it’s a good looking game. The DualSense reacts differently depending on the type of terrain you’re going over, but it doesn’t feel like a huge difference whether you’re on mud or concrete. That being said, it’s a good starting point for the future of the series. While the career offers a lot of opportunities to race, there’s little outside of that bar time trials, quick events, and the option to race others online.

MX vs ATV Legends feels as though the series is back on the right track. Despite some blips in handling and AI that rarely feels balanced, all three vehicles provide a challenge when mastering them. The career mode is little more than a chain of events and championships, but if you’re a fan of the controls and how it plays, it’s going to be something you’ll likely enjoy. Other than a few separate modes, there’s little else to get stuck into, but as for the racing itself, I had a fun time trying out new vehicles and the wide variety of courses.

MX vs ATV Legends plays well for the most part, and despite some issues with the AI and a streamlined career, there's still a lot to like.

You may also like
MX vs ATV LegendsRainbow Studios