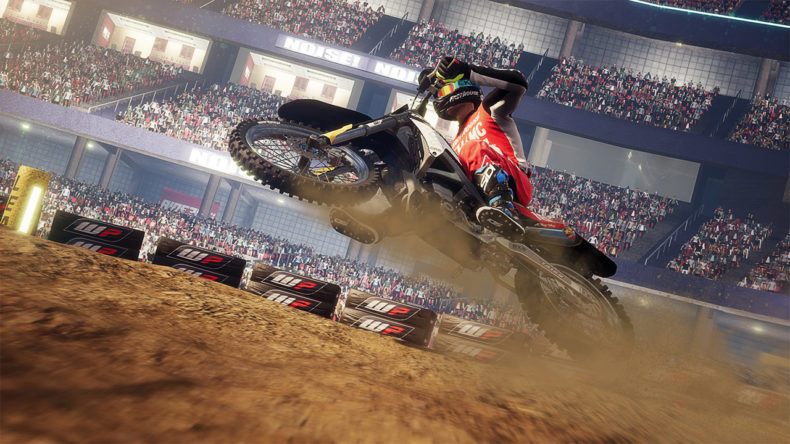 The Switch has had more than its fair share of re-releases, but people are loving the ability to play some of their favourite games on-the-go. The latest port to make its way over to Nintendo’s system, MX vs ATV: All Out, is a game that has already had a re-release on its original platforms.

Even on Xbox One X, this game didn’t exactly shine, but it somehow feels at home on Nintendo’s hybrid console. It doesn’t perform any better, as you might expect, but it’s still perfectly playable. Whether in the dock and blown up to modern TV resolutions, or seen through the smaller screen in handheld, MX vs ATV: All Out doesn’t look too bad. It’s never going to match the texture resolution of the Xbox, but it does everything it can to look good on the Switch. 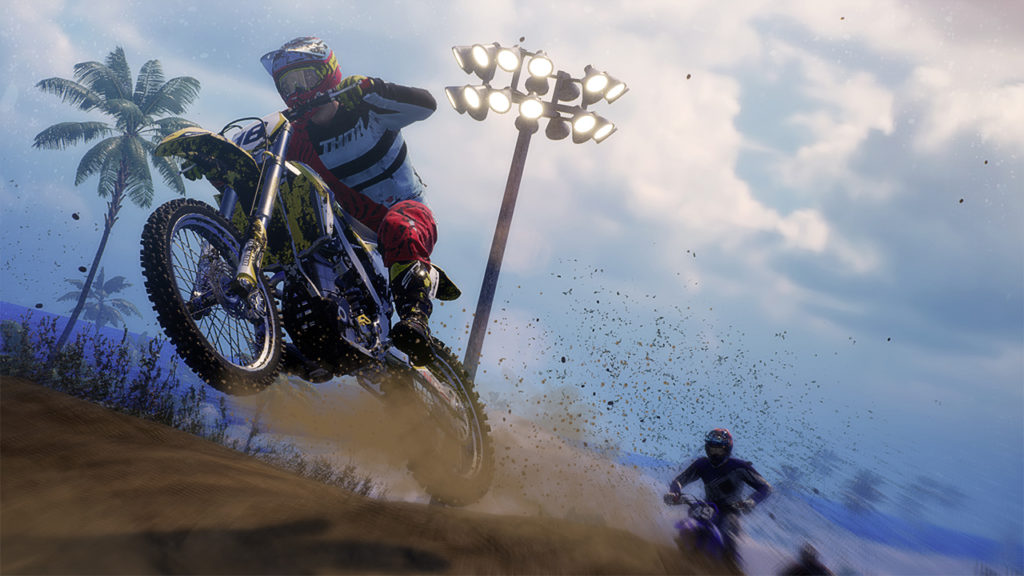 The riders’ clothing ripples in the wind as you speed along, the dirt churns under the wheels of each bike, ATV and UTV, and there are some real moments of beauty when the low sun casts a reddish tint on everything it touches. The price for this, however, is some reasonably lengthy loading screens. Whether it be loading up the open hub area that acts as both playground and tutorial venue, or loading into any kind of race or event, it can take a while to get you there.

Once you’re into events, it’s nice to play a racer that doesn’t rely on analogue triggers. For once, the Switch isn’t at a disadvantage from the offset, because gentle braking and gradual application of the accelerator aren’t a necessity in MX vs ATV: All Out. While it is based in reality, with semi-realistic physics to boot, it’s really an arcade experience. More Project Gotham Racing than MotoGP, except there are no roads here. It’s all dirt. 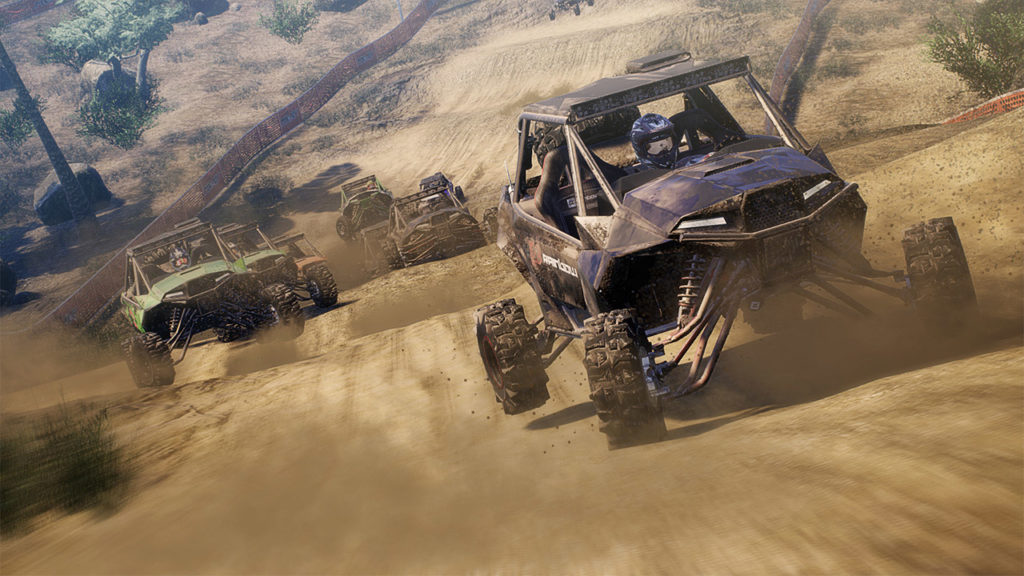 This also makes for some questionable moments, however. Vehicles bounce around at unnatural angles and, much like the Xbox version I played back in March 2019, it can be a struggle to get them pointed in the right direction. This is partly down to the semi-arcadey physics and partly down to the slightly awkward control scheme. All Out uses a combination of both analogue sticks to control your rider (and your four-wheeled UTVs, strangely), with the left primarily controlling steering and the right used to lean your rider. This helps to lean into sharper bends, forcing the bike’s back end to slide round, or you can flick it from back-to-front in order to get extra height over jumps. While the idea is great on paper, it often feels a bit awkward and clumsy in practice, always being slightly too sensitive to really work. Leading to the aforementioned struggle to point your vehicles in the right direction.

It doesn’t help that the AI is a little erratic, either. During races, no matter which difficulty you choose, you’re never quite sure what you’ll get. Sometimes you’ll breeze to victory on harder settings, but others will see you struggling to keep up even on easy. It’s puzzling at best, downright frustrating at worst. 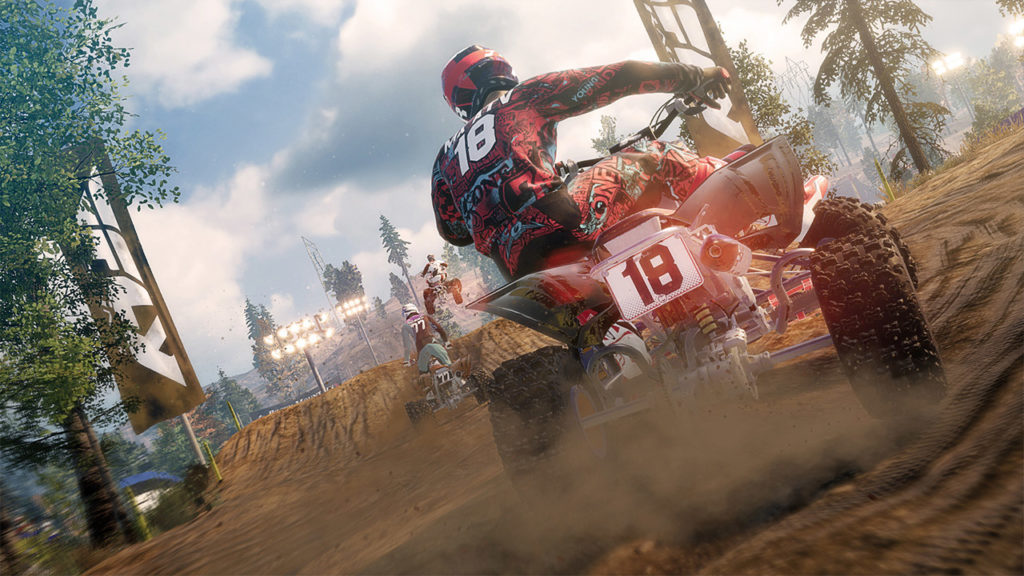 Thankfully, you can always retry events and not really lose anything in doing so. You can go away and buy a new bike, or spend a little of your earnings on some upgrades to your current one, and go back with a bit of a new advantage. It’s mercifully forgiving in that regard, which is why it’s still a decent, reasonably chilled form of racing game that fits neatly into the Nintendo Switch family of games.

While it doesn’t improve on the original version in any way, or even offer anything particularly notable on Nintendo Switch, MX vs ATV: All Out somehow feels good in this new form. It’s oddly chilled out, allowing you to sit back and enjoy some handheld motocross action, in spite of its flaws. This isn’t the definitive edition or anything, but it’s an enjoyable port nonetheless.

Despite some of the same issues of other versions, MX vs ATV: All Out somehow feels at home on Nintendo Switch.

You may also like
MX vs ATV All OutRainbow Studios