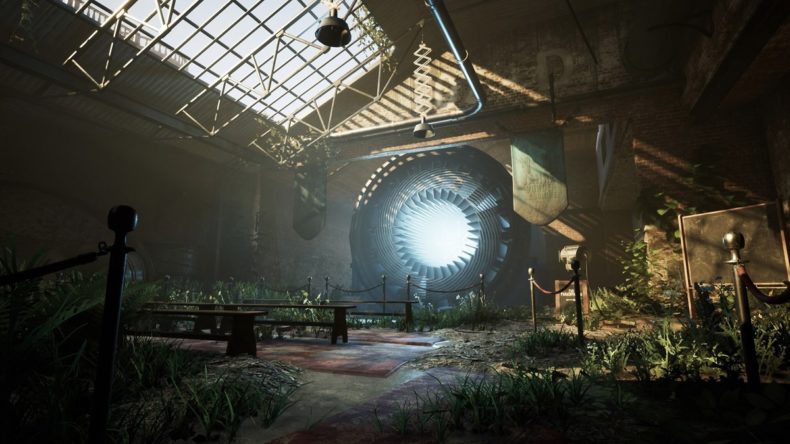 After spending barely 10 minutes with Industria, I was already getting Bioshock vibes. It presented an eerie world with a stripped back control system, and a story that screamed a sense of foreboding and weirdness that I couldn’t help but fall in love with. As I progressed through the roughly 4-5 hour campaign, it became more than that. It had emotional undertones and environments that had been meticulously designed to compliment the story of time travel, killing robots, and finding the love of your life when the odds are stacked against you.

As much as it felt like Bioshock or Half-Life, Bleakmill has managed to make it feel like its own game, only taking inspiration from the style of storytelling and stripped back gameplay. It’s the night before the fall of the Berlin Wall, and your scientist boyfriend is scared that all your hard work is about to be destroyed or stolen. He tells you to meet him at the lab, and as you get there everything starts to go wrong. As Nora, the game’s protagonist, you find yourself transported into a parallel world where machines have taking over following a mysterious war between man and machine. 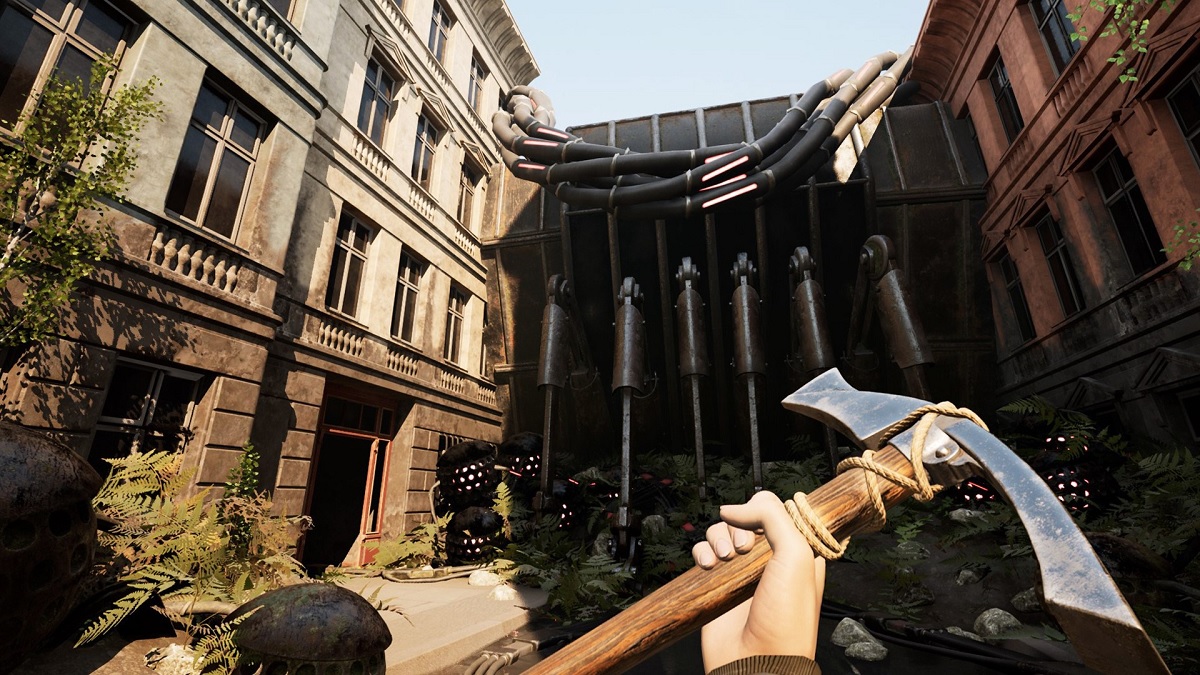 Although the only combat comes from a small selection of guns and using a pick axe, it plays into the fact that Nora isn’t a fighter. You’re limited on ammo and experience, making every encounter with a machine tense and unpredictable. Some might not like how guns don’t feel particularly different when aiming and firing, but I liked how unfamiliar Nora feels with them. There’re never waves of machines, but sometimes choosing to run away and be stealthy is a much better approach. There’s always a sense of danger regardless of where you are, and it pays to conserve ammo and use your wits.

Industria also has its fair share of puzzles. Some are relatively simple, but others require some brains to solve. I enjoyed the amount of puzzles and never felt like there were too many, and after a bit of thinking I was able to solve them without issue. While it might lack the polish of bigger games from larger studios, there’s no denying that the developers at Bleakmill are talented, managing to blend puzzles. combat, and interesting storytelling together very well.

You can play through Industria in normal fashion, with auto-save on and a decent amount of ammunition scattered around, however, sometime the saving is sporadic and unbalanced. Normally, after a big fight or a long selection of playing, a game will save. You don’t really get that here. Hardcore mode forces you to save at specific places, similar to finding typewriters in Resident Evil. If you’re planning on playing it in one sitting, this will likely not be an issue for you, but a better approach to saving would have been appreciated. 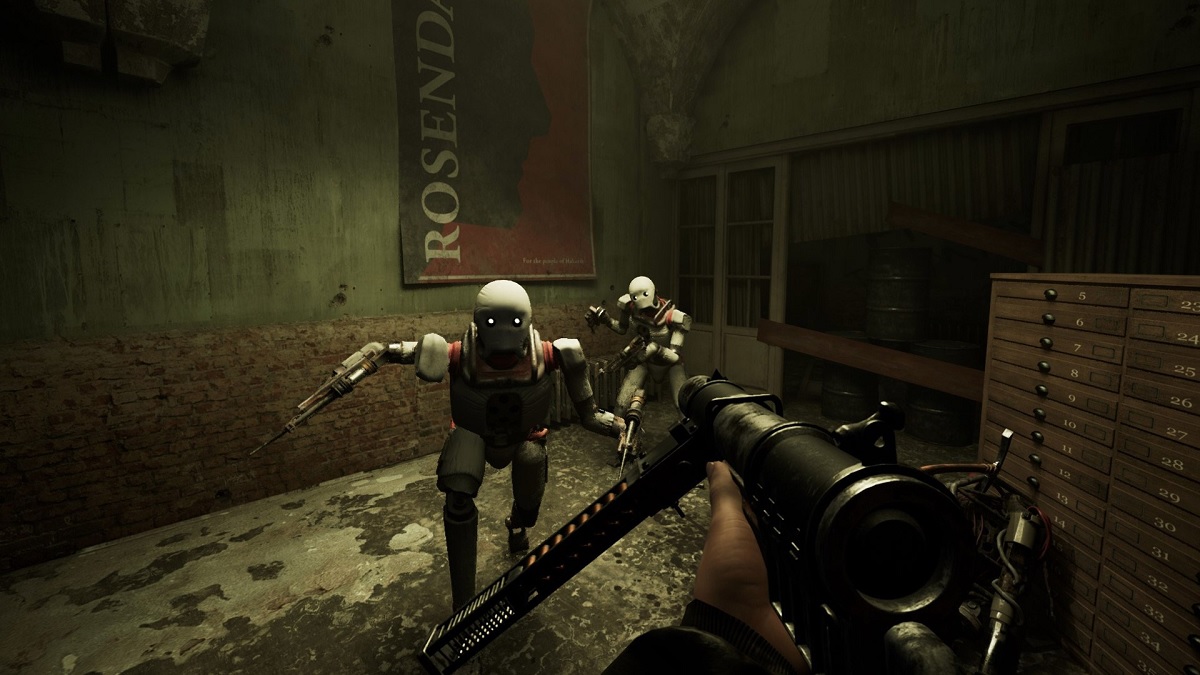 Industria offers an engaging narrative, making you care greatly for Nora and her true love. As you progress, the story becomes even more enjoyable. I would have been happier if there was more to it, but with the limited control system and lack of upgrades or skill trees, it makes sense this was meant to be a shorter experience. Despite feeling like it could feature bigger environments, it’s pretty linear, and there aren’t a ton of places to explore.

There’s a wonderful tale at the heart of Industria, and just enough weirdness and dread to keep you hooked until the end. It may not have a lot of options when it comes to taking down enemies, but it makes sense given the role of Nora and her lack of experience behind the barrel of a gun. The puzzles are mainly engaging, with a few bland ones thrown in. It’s well worth the reasonable price tag for fans of linear shooters like Bioshock and Half-Life, with Bleakmill making a smart and sophisticated post-apocalyptic title featuring plenty of heart.

Industria takes inspiration from title like Bioshock and Half-Life, featuring a fantastic story with some decent gunplay and puzzles as well.