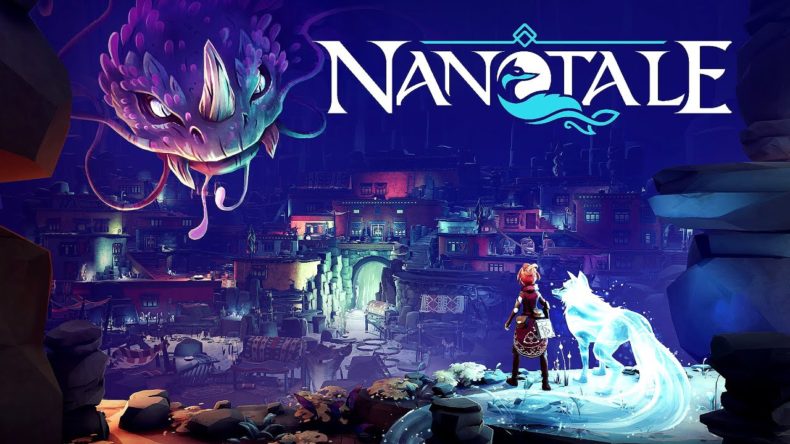 Nanotale: Typing Chronicles is the first typing RPG I’ve had the pleasure of trying out, having missed Epistory (the first game in the Typing Chronicles series) and Typing of the Dead. Going in I was unsure what to expect, but soon had my fears laid to rest. What sounds like a gimmick when verbally explained is in fact a very cool gameplay mechanic that kept the action in Nanotale fresh and different.

In it, you play Rosalind, a young woman celebrating her 18th birthday and becoming a fully-fledged Archivist, which in Nanotale’s world is a magic-user who catalogues and studies nature in all its glory. While out on a final training run with her mentor, Rosalind stumbles onto the fact that the Ancestral Forest has become corrupted. Separated from her mentor and aided by the noble spirit of a huge fox she tried to save, Rosalind sets out to find a cure and save her home.

While basic movement is assigned to the ESDF keys (instead of WASD for some reason), combat and interaction is taken care of using your typing skills. Hitting Spacebar allows you to start typing, and Nanotale will present you with words to input in order to unlock routes or learn about flora, fauna, and various lore items. It’s hard to explain why it’s fun, and there will be people who absolutely do not click with Nanotale: Typing Chronicles, but somehow the act of typing out these words is satisfying. 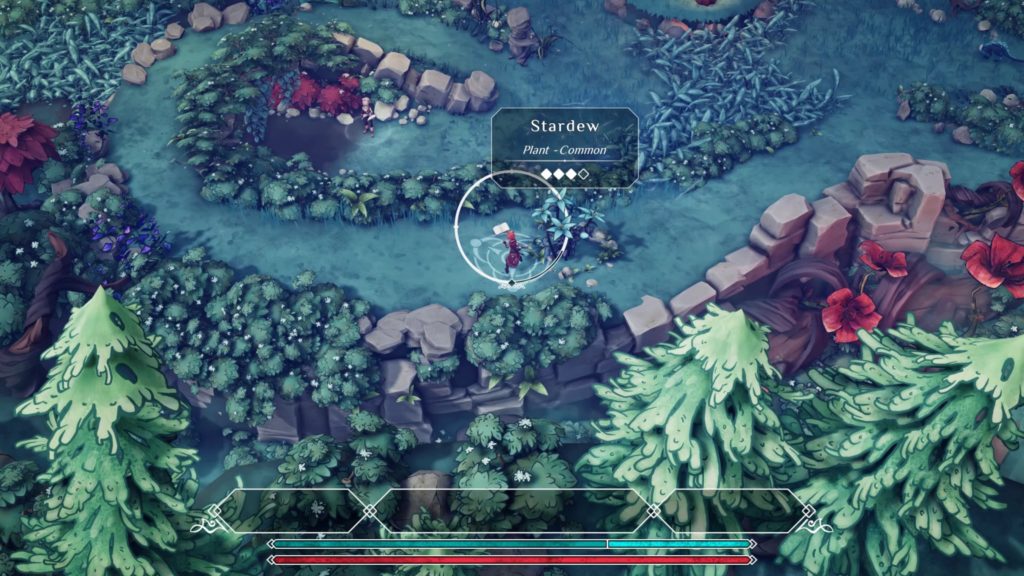 It’s a strange thing to fully convey to someone who has never tried it, but even the “combat” manages to be exciting, as you type away words as quickly as possible to repel advancing enemies. You’re encouraged to avoid enemies where possible, although I found quite often that even though stealth is an option, you can’t always sneak around things anyway and will often be forced into an encounter.

Nanotale: Typing Chronicles looks incredibly beautiful at times, with a colourful, almost whimsical art style that evokes games like Trine. There’s a surprising amount of spoken dialogue, too, when I was expecting to do far more reading in an indie game based primarily on typing and spelling.

Where Nanotale will likely struggle is in attracting initial attention. I know people who will hear the words “typing adventure” and eye-roll so hard they lose their balance, which is a shame. Likewise, the slow of finger may struggle to keep up to the point that the difficulty has to be reduced to you literally bashing out words to make stuff move forward on-screen which really won’t be as exciting. There’s also a little disconnect with what you’re typing in a given situation – I’d have expected all the words to be related directly to the object or situation you’re dealing with but they’re not. Some of them seem completely random. 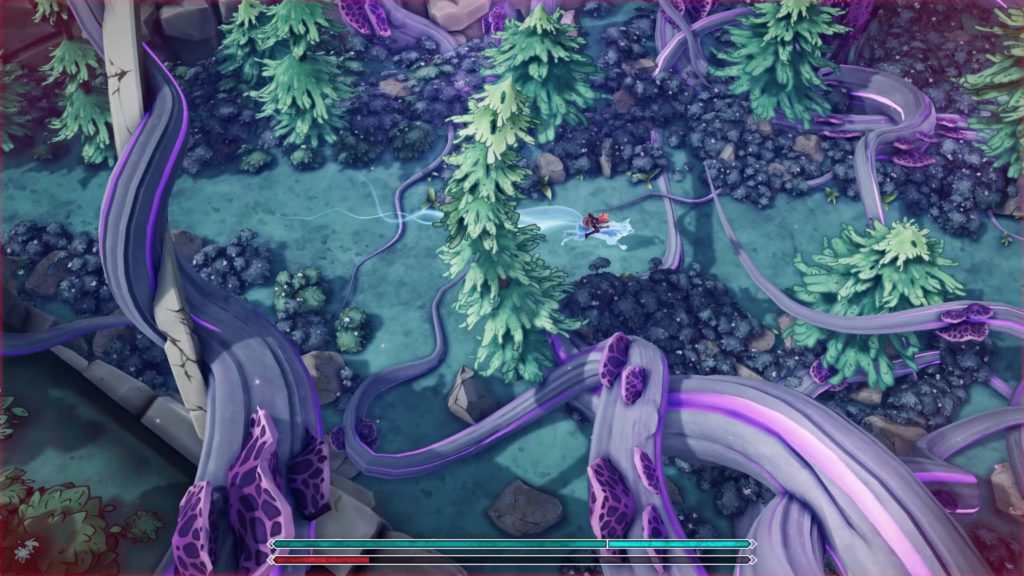 It helps that Rosalind is a likeable protagonist and her voice actor does a very good job of reinforcing that. Character development isn’t necessarily first and foremost, but watching her grow from a green trainee Archivist to the determined saviour of the land is adequate enough to keep you clicking away through the story.

Ultimately, Nanotale: Typing Chronicles will be a difficult sell for some people for very obvious reasons, but those willing to try something else and give themselves over to something a little bit different to the games we’re all used to will find a charming, likeable adventure that manages to feel somewhat educational as well as entertaining. I was pleasantly surprised by Nanotale, and I’m sure others will be, too.

Nanotale: Typing Chronicles will be a difficult sell for some people for very obvious reasons, but those willing to try something else and give themselves over to something a little bit different to the games we’re all used to will find a charming, likeable adventure.