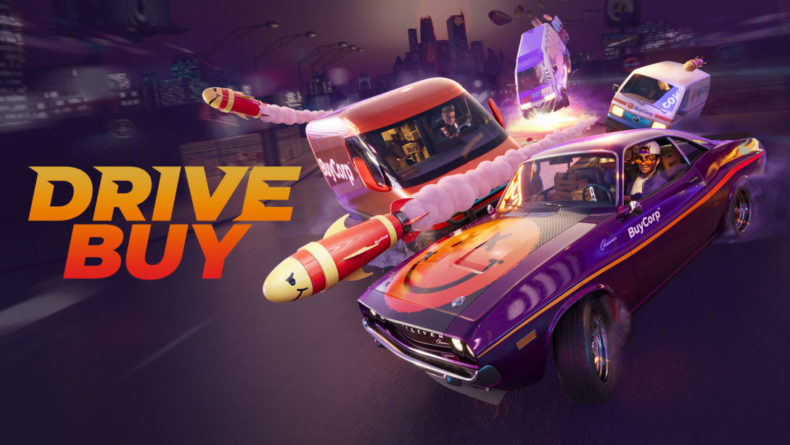 ‘I’m not generally much of a serious racing game person. There are exceptions to the rule (like the GOAT Forza Horizon 4) but if I’m expected to race repeatedly around a boring track in a realistic car I’ll quickly lose interest. Now if you throw a few rockets (or red shells) my way that’s another story entirely. Fortunately for my Michael Bay tastes, Drive Buy is full of the chaos and carnage I love.

Drive Buy is pretty simple at its core. You play as a delivery driver, and alongside three others compete to collect the most gold. There are three game modes, and in all of them you’ll find weapons around the stage that you can use to blow each other up. You lose a portion of your hard earned cash every time you explode, so you’d better get used to using your boost and drifting skills to make yourself scarce.

The modes are all pretty unique, and I really enjoyed each one of them. The simplest is probably Payday, which sees you racing around the arena collecting piles of gold and attacking your rivals to steal theirs. Piggy Bank sees players competing to grab the elusive curly tailed money box, and stealing it from each other by colliding into them. Whoever has the Piggy Bank can’t fire weapons, and its satisfying to boost your way past everyone while vulnerable. 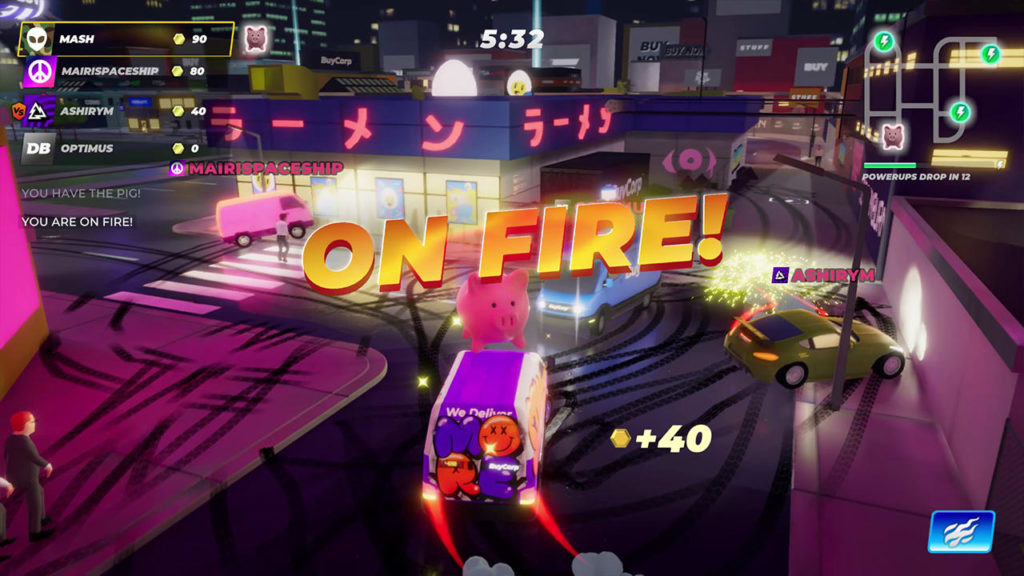 The mode that leans most on the delivery driver theme is Delivery Battle. As you might expect, Delivery Battle sees you racing to deliver packages to customers while destroying your foes. After collecting as many boxes as can fit into your car you’ll boost from customer to customer to earn the most money, and the usual gold loss if you get blown up applies.

No matter which mode you end up playing, each round is a tight 5 minutes long, and the person in the lead changes so regularly that it’s tense throughout. 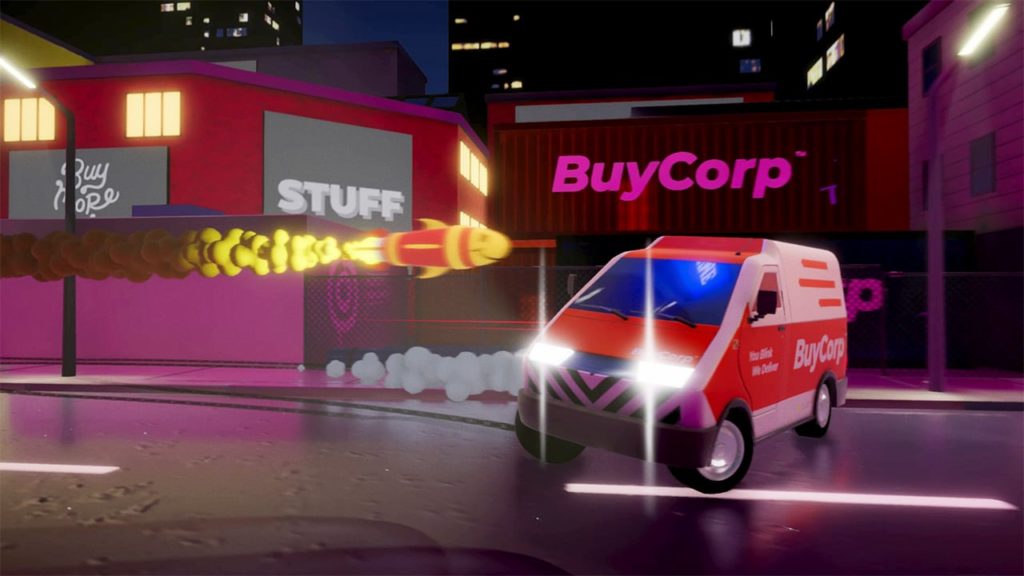 The weapon selection in Drive Buy isn’t particularly revolutionary, but each serves its purpose and is implemented with aplomb. Homing rockets walk the perfect balance between dodgeable and deadly, mines can be shaken off with a well timed boost and drift, and cars you blast with the Freeze Ray can be shattered if you speed through them. It’s rare for weapons to feel so fair and satisfying.

You can play with bots if you want to practice, but the meat of the game is online play. Jumping into a match with randoms is quick and easy, and I didn’t have any issues with lag. There’s an emote system to praise or trash talk, and anyone you clash with especially hard will be listed as your rival.

To keep you motivated to keep scraping, there’s seasonal progress to make. You level up for playing well and beating challenges, and can unlock all manner of cosmetics. There’s no better way to intimidate your opponents than rolling into a match with a rainbow trail and snazzy new van. 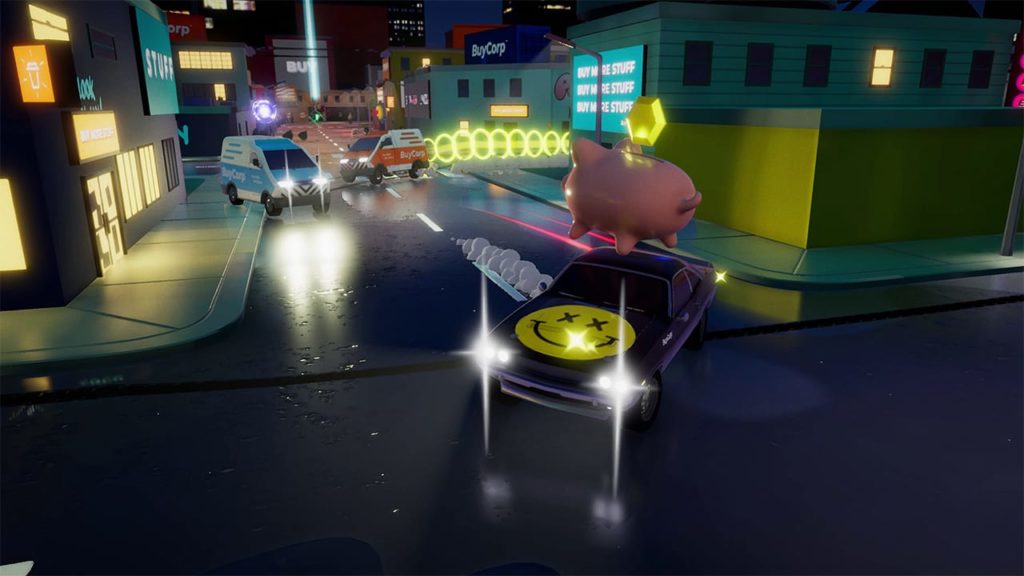 One of the issues I had while playing on Switch is that there are occasional frame drops during hectic moments. It never really ruined the core gameplay for me, but it was definitely an annoyance.

Drive Buy is a polished car combat game, that I truly hope is able to keep an active community going. I enjoyed every game type, and the weapons are implemented to perfection. If you’re hankering for some Twisted Metal arcade action, then Drive Buy really delivers.

Drive Buy, a new vehicle combat game, is coming to PC and Switch