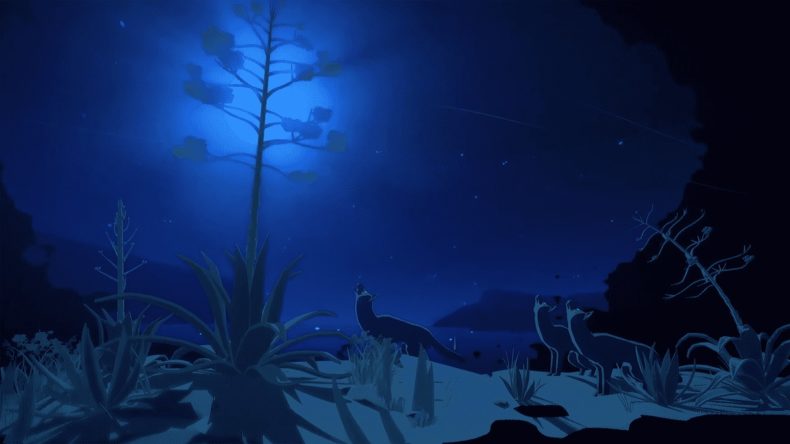 I wasn’t prepared for the emotional journey of Before Your Eyes. That’s more to do with how relatable it was to my own experiences, but it will still be powerful and profound for many. The main story follows a boy called Benjamin through the early years of his life. It shares accounts of his childhood, his first love, and his relationship with his parents. Throughout the short and bittersweet tale, interaction can be found by moving your mouse to read sheet music, paint pictures, and speak to your family and friends. It’s a smart idea that works well until it becomes harder to blink, due to the tears that’ll likely roll down your face.

The blinking mechanic aims to give players a level of immersion that can’t be found with a controller or mouse, and it does it so well. Memories unfold and can be watched for as long as possible, but blinking skips to the next one. Time passes in seconds, minutes, or months, tethering together scenes that cover a range of events. Some are harrowing, funny, sweet, and happy, and Before Your Eyes taps into each one with a vulnerable and honest approach.

Before Your Eyes review: emotionally impactful

There were times when I didn’t blink and the scene skipped. I wasn’t sure if it was the game’s fault or mine, however, pressing the spacebar allows you to recalibrate whenever you feel it may have jumped out of sync. This issue only popped up a couple of times, and for the majority of the playthrough it worked really well. Sometimes, it can be uncomfortable to watch memories, so blinking will be done to avoid emotionally charged scenes. Other times, you’ll hold a blink back to avoid missing any important and affecting moments. GoodbyeWorld Games has done a fantastic job of implementing the mechanic, and it’s what makes Before Your Eyes so special. 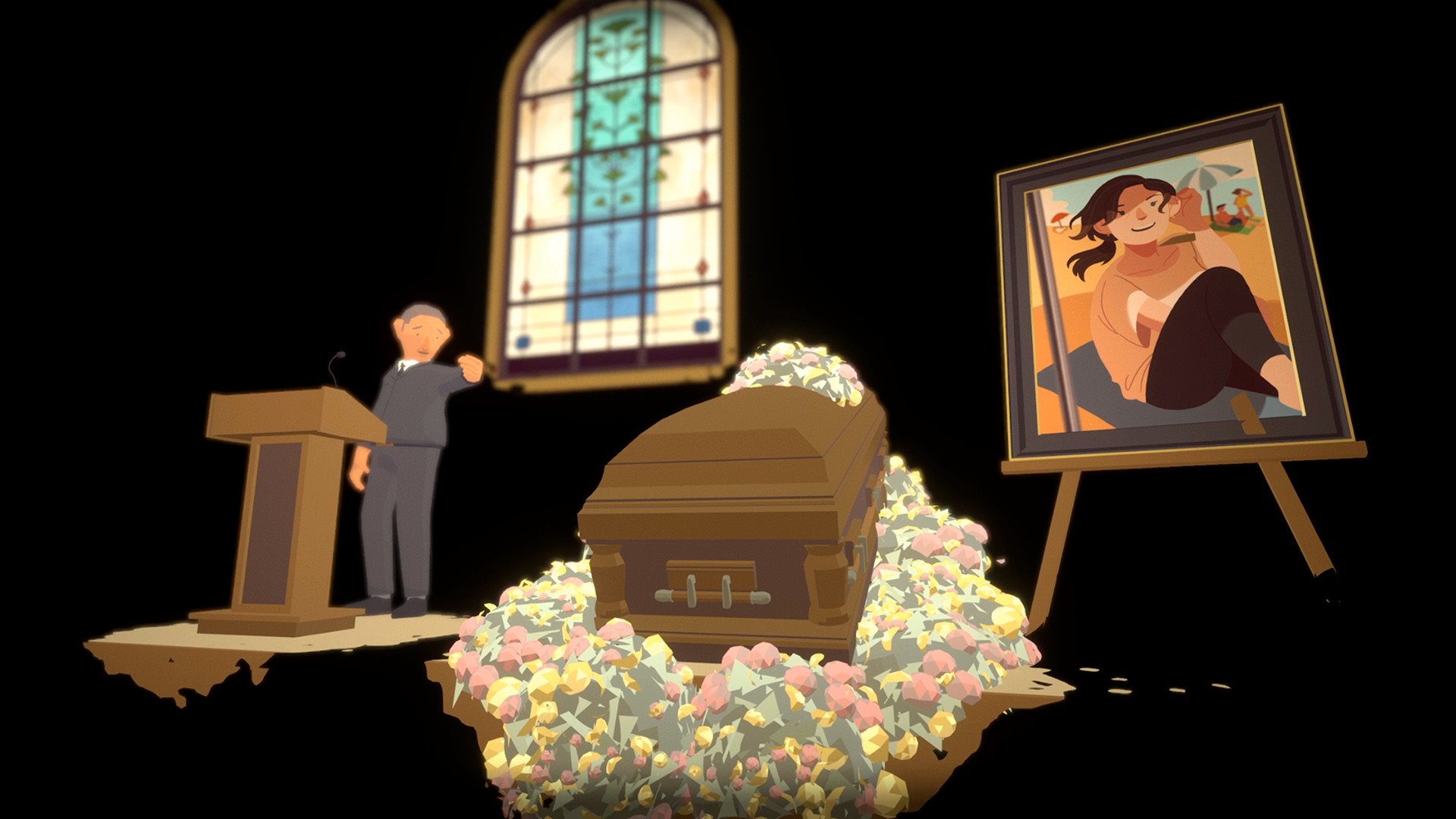 There will be people out there that find it difficult to play at times. Personally, there is an element to Benjamin’s story that affected me a lot. It’s themes of loss became too much to bear, but that’s no fault of the developers. If anything, I found comfort in the ending, and even though the journey was tough at times, I’m grateful for being able to see the light at the end of the tunnel. I don’t mean to be cryptic, but Before Your Eyes deals with death and moving on that hit very close to home.

The visuals reminded me of That Dragon, Cancer, and much like that game, it’s style contributes to how well the message is delivered. Bold colours with well-designed scenes help to elevate the beautifully haunting story. The voice acting is superb. The parent’s relationship is so fragile at times, but there are also moments of sweetness. The actors do a fantastic job of bringing it together, and Benjamin’s first love is also wonderfully voiced. It all brings a sense of innocence and charm to those warm feelings we all felt growing up. 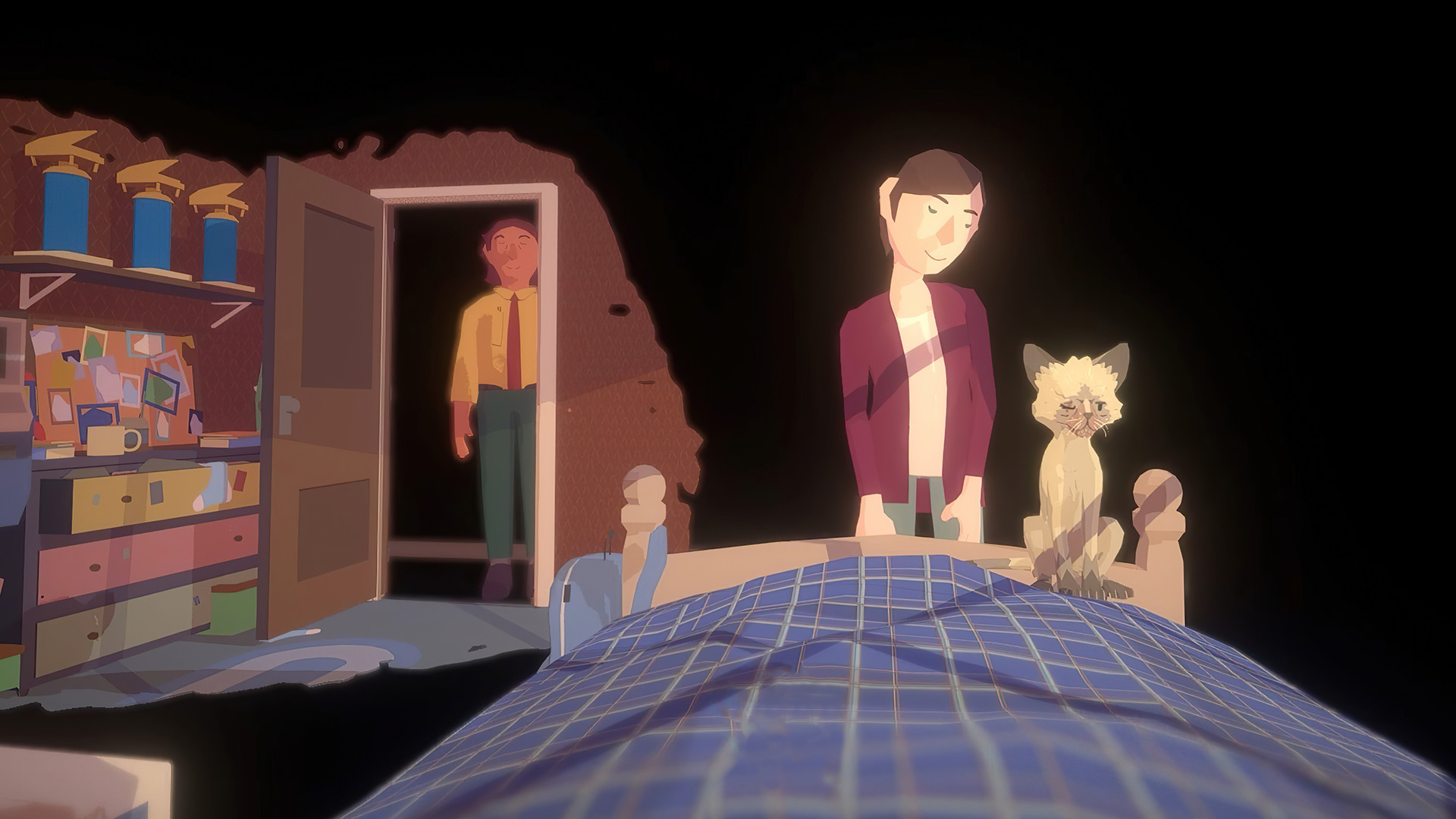 Music plays a key role in the story of Before Your Eyes. The mother is a talented composer, and at times in Ben’s childhood, he plays piano. Using the mouse to hover over keys lets you play. It adds to the sad relationship between Ben and his mother, but it also highlights the excellent score. As the game reaches its end, the music is so heavy hitting and encapsulating. It fuses the poignant tale deep into your brain.

Before Your Eyes is a compelling story about love and loss, told in such a tender and brutal way. It never holds back, making the ending so powerful. The blinking mechanic works brilliantly throughout, and if the sensitivity settings slip, they can always be corrected quickly. The music is sublime, as are the visuals, and the voice acting makes the story so believable. As Benjamin’s narrative starts to unravel, so too does your emotional stability, and it is this that makes your ability to blink affect the game how GoodbyeWorld Games intended.

Before Your Eyes is an emotional tale with an interesting mechanic at its core that helps to make the game so immersive. The music and voice acting is superb, and it is something you should certainly experience.