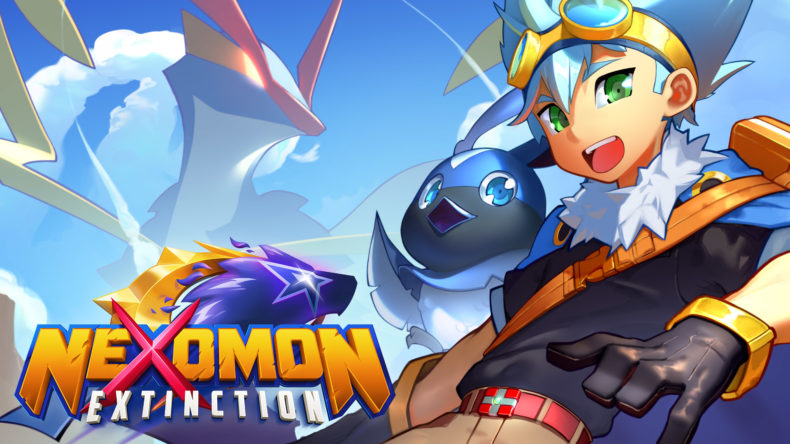 There’s something about collecting and battling cute little monsters that I’ve been utterly obsessed with since I was 9 years old. The Pokémon bug bit me hard in the 90s. Like most people who lived through that magical time, I had a treasure trove of trading cards, toys, and of course my well loved copy of Pokémon Red. Since then, as well as playing every game in the ridiculously successful Pocket Monsters franchise, I’ve happily gorged on all manner of monster collecting games. From the slime-filled Dragon Quest Monster games, to generating critters from real world CDs in Monster Rancher, in over 20 years I’ve lovingly enslaved thousands upon thousands of virtual animals in my quest to catch ’em all. I was obviously delighted to do it all over again in Nexomon: Extinction.

The world of Nexomon is much more tumultuous than those of its peers. Huge Nexomon called Tyrants attack settlements, and each other, all to show their dominance with the aim of becoming the new King of Monsters. To combat the damage these goliaths cause, Guild Tamers train their own Nexomon to repel Tyrant attacks and prevent the total annihilation of humanity. As a young orphan in this world, you’ve always dreamt of being a Nexomon Tamer, and almost immediately fate throws you headfirst into raising your own little army of adorableness. 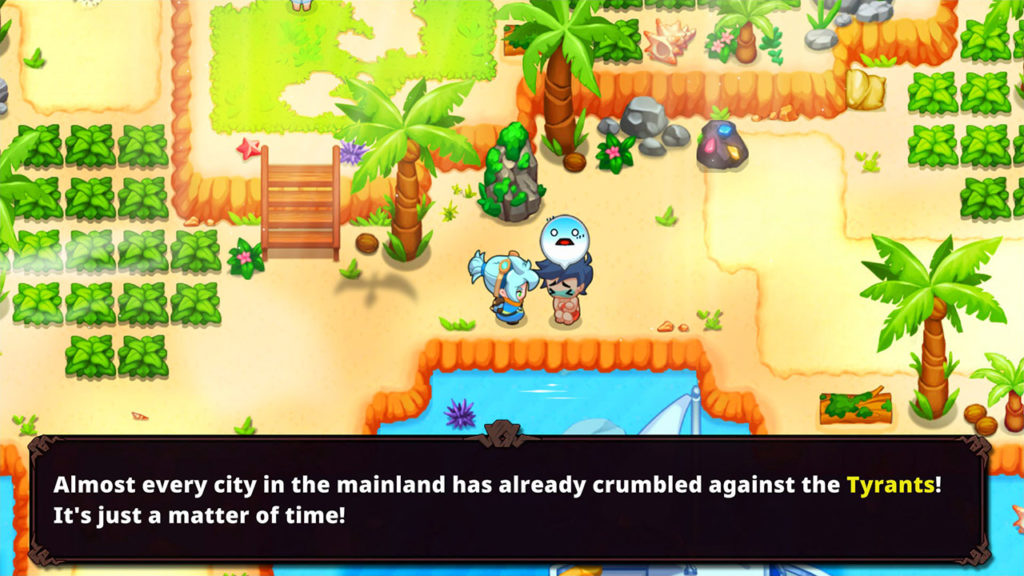 Nexomon come in all shapes and sizes, grouped into 9 elemental types. I absolutely love the design of the monsters. There are all manner of cuddly cats, goofy plants and spooky ghosts to collect, so you’re bound to find a team you like the look of. Through turn based battles, you’ll level up the little fellas so they learn new moves and even evolve into more powerful Nexomon altogether. Each type of Nexomon has its own strengths and weaknesses against other types of Nexomon, so having a varied team of creatures is key to beating other tamers.

You’d be forgiven for thinking this all sounds a little familiar, and it’s hard to deny how much Nexomon: Extinction follows the classic Pokémon formula. When you’re travelling the world with your team of 6 monsters (all with 4 moves each) exploring caves of ice puzzles and capturing new Nexomon with red and white capsules, you’re only a Pikachu away from becoming the very best like no-one ever was. The list of similarities aren’t necessarily a bad thing, but don’t go expecting Nexomon to break the mould.

Despite some similarities to its peers, Nexomon: Extinction stands above other monster collecting games in terms of writing. The overarching narrative of a world on the brink of destruction is enjoyable enough, but the dialogue and characters are where Nexomon really shines. My favourite character is the anthropomorphic cat who follows you everywhere, and can’t get through a sentence without a sarcastic quip. The game isn’t afraid to break the 4th wall or mock itself, gleefully lampooning you for enslaving animals and making them hurt each other. As an adult fan of a genre generally aimed at a younger audience, I appreciated dialogue more interesting than the usual “try your best and be nice to the creatures you imprison” shtick. 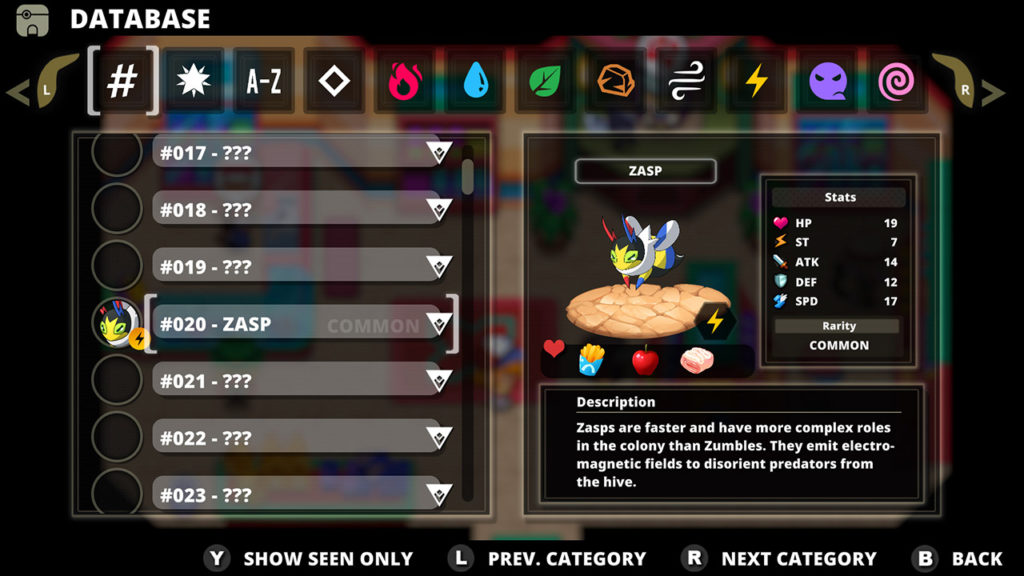 Getting a Nexomon to join your team requires some serious effort. As well as lowering a potential party member’s health and inflicting a status effect, you’ll also need to feed it with its favourite food to stand a good chance of getting it to join you. There are also whistles to collect, which give you 3% boosts to the capture rate of a specific type of Nexomon. All these percentages are shown to you in a very transparent manner when you’re preparing to throw a trap, and knowing how likely you are to succeed beforehand makes the whole process much more satisfying when trying to improve your team for the trials ahead.

Your adventure to become a top guild tamer and help save the world takes you all over the map, from a floating village of dragons to a town populated by ghosts. The variety of locales is excellent, and the world is surprisingly open for a fairly linear RPG. In one instance I arrived at the entrance to an area meant for much higher level teams, and was blocked from progress by an NPC saying only Bronze level tamers can enter. I was then given the option to refuse, and after wiping the floor with his team I entered the late game area.

Wherever your journey takes you, characters will have side quests to complete for valuable rewards. Although you’re never forced to take part in them, they provide a real incentive to play a little differently for a while. One side quest saw a giant spooky tree wanting some monsters to “play with”, so after a little exploration and some grinding away to evolve one I already owned, I received some great new equipment and cash. It was always nice to have a reason to explore, and to catch new Nexomon other than just personal obsessive behaviour. 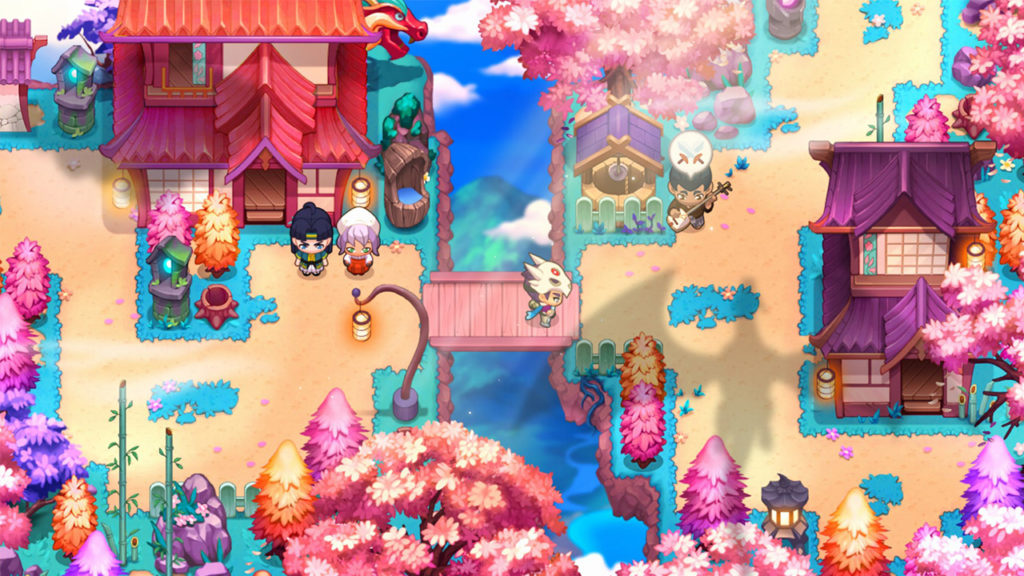 Outside of it being fairly derivative, there are a few other issues I had with Nexomon: Extinction – mainly regarding combat. Although elemental weaknesses are the focus of battles, effective and ineffective moves don’t vary in damage hugely. It’s rare for a super effective attack to wipe through an enemy’s team, so choosing your move correctly is never particularly satisfying. Also although there are well over 300 Nexomon they rarely feel particularly different, sharing a lot of the same moves and often not varying wildly in stats.

Nexomon: Extinction has all of the hooks of the best monster battling games, but doesn’t quite do enough to differentiate itself from the pack. If you’re into catching hundreds of monsters and don’t mind a lack of innovation, Nexomon’s adorable critters and great writing still offer hours of entertainment.

Entertaining writing that doesn't mind poking fun at itself

Lots to explore, and plenty of rewarding side quests to complete

A lot of the Nexomon share similar stats and moves

Nexomon: Extinction is a fun monster collecting game, with great writing, that ultimately struggles to differentiate itself much from its peers