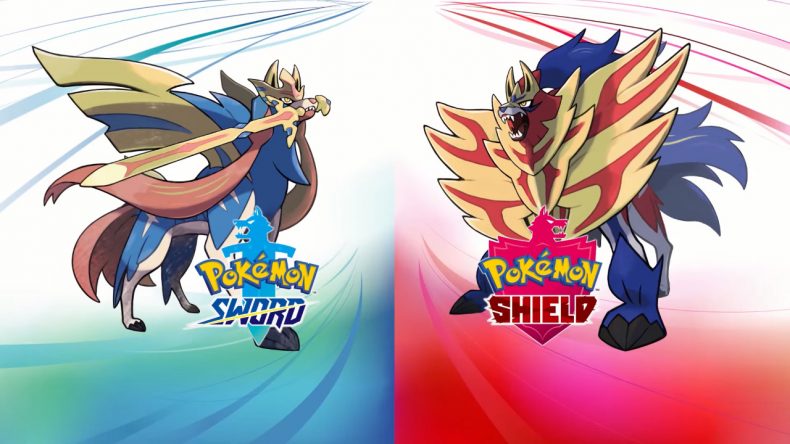 It doesn’t take much to divide a whole community in this day and age. Endless back-and-forths between parties, and groups, and splinter groups exploding on Twitter, spilling out onto Reddit, permeating workplaces and playgrounds. Lifelong friends falling out over their beliefs and allegiances, grown adults writing swear words on the internet at teenagers. But that is Dexit for you, and Game Freak must have realised that axing the National Pokédex was going to cause ructions in the pocket monster nerd-iverse. Truth be told, the minute I learned you get to sit and eat a curry with a steampunk, industrial revolution-stylised Weezing, I was all-in with Sword & Shield.

Rather than take huge leaps forward, the Switch canon RPG debuts have been played relatively safe. The concept of travelling around a new map, in this case the charmingly British Galar region, discovering and populating your Pokédex full of new creatures, and defeating gyms is as familiar and as nourishing as ever. Don’t expect a gripping story, as this one doesn’t really get out of second gear, and misses delivering a potentially worthwhile message about the environment. Do prepare yourself for perhaps the most exciting, diverse and winningly designed gaggle of new Pokémon for aeons. So good are some of the new critters, and indeed their cross-pollination of Types, that I found myself avoiding any contact with Pokémon-related news online, as I didn’t want to spoil my next discovery. I would urge anyone going in blind to do the same, but for goodness sake don’t forget to go back to the web and savour the many dank Wooloo memes. Sword & Shield also packs in a choice sprinkling of classic Nintendo “Hyrule Field” wow-factor with the inclusion of the Wild Area. Building upon the Let’s Go! inclusion of Pokémon roaming around in full view, this is a pared-back but nonetheless highly impressive open world stab at Galar, teeming with wild fauna galavanting amidst myriad biomes, weather conditions and a day-night cycle that all affect which mons you encounter. The abundance and variety means that you potentially encounter foes early doors that are way above your rank, and while there is nothing stopping you from battling, your ability to catch Pokémon is governed by which Gym Badges you hold.

Also dotted across the landscape in Galar are the red glowing beacons that signify Dens, where you can get involved in Dynamax Raids. Dynamaxing is one of two new gimmicks being rolled out this time around. Whilst mostly inconsequential, yet highly impressive graphical bluster, Dens enable you to battle against, and catch enormously proportioned Pokémon with monstrously powerful attacks to boot. You can then set these bad boys to use in Gym and subsequent Raid battles, although the novelty does wear thin rather quickly. The other new dynamic at play is the inclusion of Gigantamax Raids, whereby you can ensnare an even bigger representation of a select portion of the Pokédex. Whilst providing some twists and turns in the plot, the presence of these gargantuan beasts is a largely benign inclusion that nonetheless offers the chance to catch some rare Pokémon and battle with others online. With changeable Raid encounters, the ability to interact with other human players, and the thrill of the unknown, the Wild Area feels like an interactive, console gaming representation of Pokémon Go. Exchanging gifts with other trainers, fighting together and making Surprise Trades are all well and good on paper, yet in reality being online can see unacceptable drops in framerate and real difficulty in joining the multiplayer raids. If you want to be picky, then the draw distances in the field and somewhat basic animations are also problematic. As pretty as things look, these are far from the graphical tour de force many would have been expecting, and are considerably short of being amongst the best titles graphically on the system.

Where the games really sing are when you are simply living the life of a Trainer vicariously, and doing Pokémon stuff. The new starters are just squeeeeee. Galar is an absolute delight to explore, with a surprising amount of attention paid to British culture and colloquialisms that come across in the locations and dialogue. At this point in history I was hoping for a bit of voice acting, which surely needs to be next development in the franchise, and would have enhanced the Sword and Shield journey no end. That aside, the sound design is uniformly excellent, with some stunning renditions of well-known Pokémon theses and motifs, and some sublime new compositions. The gym battles are embellished with additional preceding puzzle missions that are most welcome and feel fresh. Staging battles inside stadia also make them feel important and lend a sense of occasion that has been missing from recent entries and make them feel more in-tune with the scraps we have witnessed in the anime. You have all the tools to do your job as efficiently as ever before, such as being able to switch your Pokémon on the fly rather than resorting to visiting a Center, and the handy pop up on the menu screen that reminds you of where you should be heading, if like me you get caught out on a Wild Area grinding sesh, or forget what you are supposed to be doing. There is plenty of mileage in maxing out your team, both during and post completion, where you can play around with Hyper Training to really max out those IVs.

It’s a really tricky Pokémon entry to pigeonhole into a particular demographic, let alone pin a score on, this one. That is because it is so utterly charming in myriad ways, retains the feel and unbridled joy of a classic Pokémon game, and can be enjoyed by fans of all ages and abilities. But at the same time, there are some flaws and as much as I found myself wanting to forgive and ignore them, there is a nagging sense that an already well-above-average game could, and should have been even better. An improvement and an evolution for sure, but next time around we will be expecting a Gigantamax-sized leap forward.

Sword & Shield is a really tricky Pokémon entry to pigeonhole. It retains the old Pokémon charm, but it's not without flaws