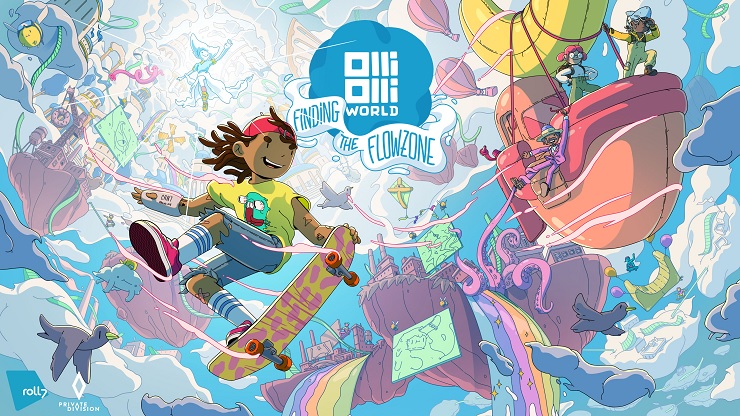 Roll7 and Private Division know exactly how to keep you absorbed in that ‘one more go’ mentality, with this year’s Rollerdrome being a prime example, but with the masterful OlliOlli and OlliOlli2 being the precursor to OlliOlli World that came out in February, few studios have nailed replayability quite like them. Although it was by marred a humdrum story and frustrating dialogue, the gameplay was just as tight as ever. OlliOlli World: Finding the Flowzone manages to pull you back in with some new stages, gear, and ideas, but is it worthy of your time?

As the second piece of DLC for Olli Olli World, Finding the Flowzone sees you hunting for various map pieces scattered across various levels in search of the lost city of Radlantis. Yes, the story continues to be tubular, gnarly, and whatever other 90s adjectives that spring to mind, but the gameplay continues to add small additions on top of the already stacked moveset to pull you in once again, namely Wind Grinding. While up in the clouds, the wind will carry you across different stages as you glide through the air or grind, and it’s another mechanic that works great as you hunt for the map pieces. 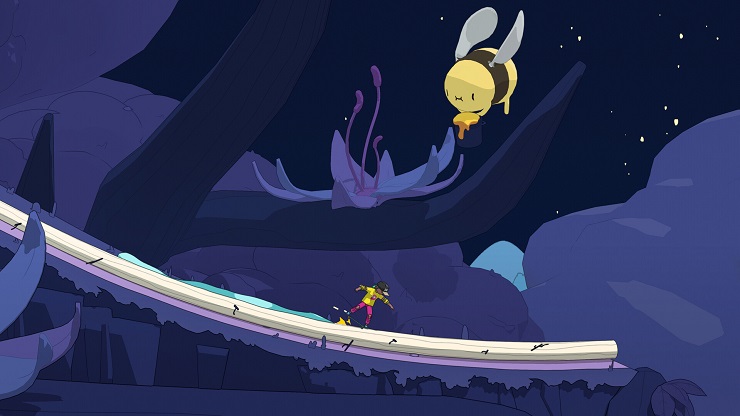 Wind Riding allows you to glide through the air or push you along the stages with added speed, and while you’re not learning any new moves to make use of it, it does add another layer of gameplay to how you think about playing, and makes the already tight control system feel even better when throwing everything you’ve learned together.

These map pieces act as another thing for you to replay missions and try to find them throughout the different stages, and aren’t needed to progress, however, the search to find them does give you another reason to replay the various stages. And obviously, in a game that’s all about replayability, having even more to do is always a good thing. 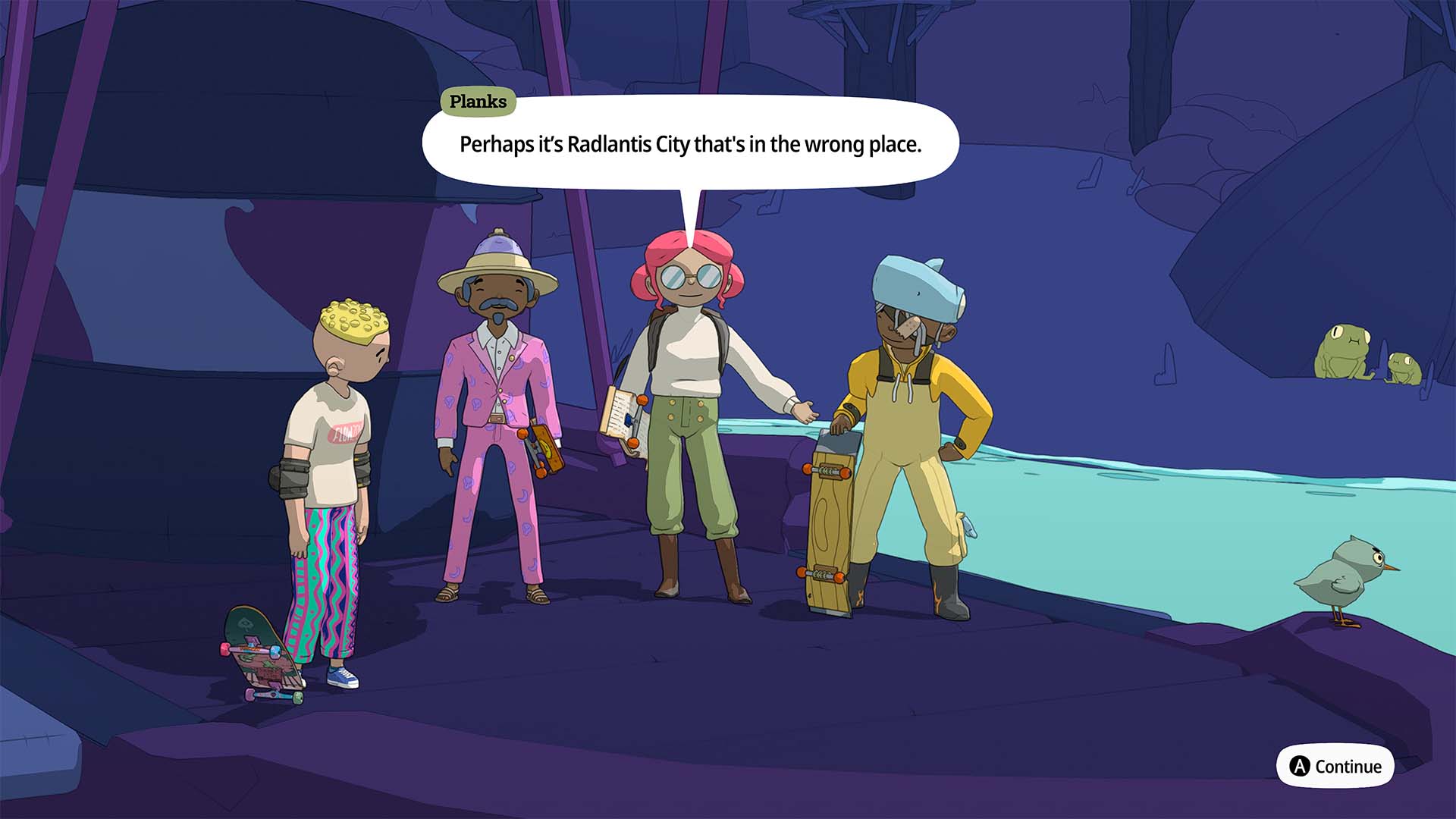 The art style is just as wonderful as it was in OlliOlli World, and the level designs differ with each stage. That’s why it’s a shame the dialogue is still cringey and easily skippable. I’m sure there will be some players that quite enjoy the story and pre-stage conversations, but I found it too silly, like a dad that tries to talk to his kid’s friends to sound cool and relevant. Still, the addictive nature of skating to complete objectives, reach a new high score, and unlock customisable items is still a massive part of what made the original game so much fun.

OlliOlli World: Finding the Flowzone is a fun piece of DLC, and the Wind Riding injects new life into an already strong skater, pushing you to utilise a new mechanic while mastering the fundamentals of its gameplay. Despite some cringe-inducing dialogue and story that is slightly forgettable, playing Flowzone is as enjoyable as ever, and the beautiful visuals and challenging stages will keep you hooked until the end.

As tough as ever
Dialogue is cringy
Story is forgettable

OlliOlli World: Finding the Flowzone adds more wonderfully designed stages into the mix, even if the dialogue is cringy and story rather forgettable.