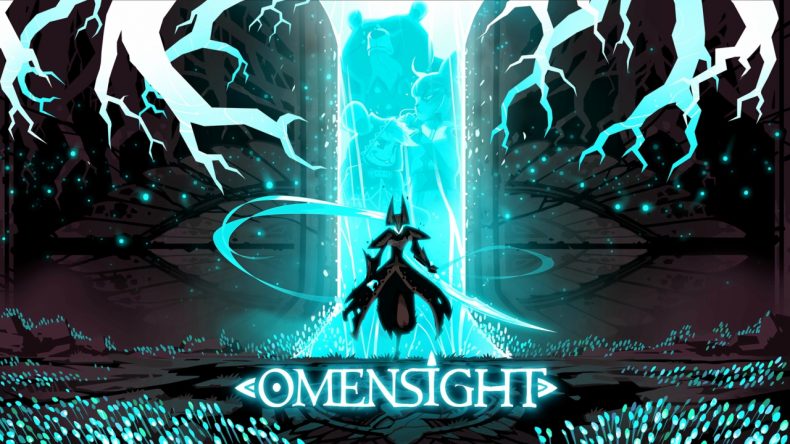 A lot of people missed Spearhead’s first big title, Stories: The Path of Destinies, when it was released a few years back. Set in a fantasy world peopled by anthropomorphic animals, it dealt with themes of fate and choice, as fox protagonist Reynardo discovered a book that allowed him to relive certain choices he made to overthrow an evil empire of ravens. Omensight uses similar themes and a familiar world to tell a new multibranching story.

In a land beset by war between a rodent and bear alliance and an empire of cats and dogs, the murder of the Godless-Priestess has kick-started the Apocalypse by way of Voden, an ancient world serpent. You play the Harbinger, a mystical time-travelling warrior whose soul purpose is to protect the world from Voden by uncovering the truth behind the Priestess’ death and returning her soul to the Tree of Life. Several legendary figures feature heavily in the mystery, so you set to dispelling all the lies and rumour by reliving the world’s last day over and over, alongside different characters at different points. These figures include the cat Draga, General of the Emperor Indrik (who himself is the prime suspect), a hero bear called Ludomir who is tragically slain in a rash, desperate attempt to assassinate Indrik, the leader of Rodentia, and Ratika, whose music and wit disguise a warrior doing her best to save her people, but whose desperation directly leads to the summoning of Voden.

As in a Metroidvania title, playing certain scenarios with each character will grant the Harbinger the ability to open previously locked areas, so replaying the day multiple times with each character is essential for exploration and progression. Clues and answers can be found in many scenarios, but they can be easily missed due to your choices. For example, playing with Draga allows the Harbinger to observe and learn how to open locked golden doors, one of which you passed earlier. Replaying the day with the ability unlocked allows you to steer the narrative down a different tangent which may lead to loot, or a whole new clue to help solve the mystery. To begin with you’ll need to follow your companions, but at a certain point the dynamic shifts due to the Harbinger’s growing knowledge. Combat follows a fairly straightforward hack ‘n’ slash archetype, with light and heavy attacks, and a counter based on perfectly-timed evasions. More abilities are unlocked as you progress, such as a spell to slow time, a grab and throw move, and the ability to fire projectiles from your glowing blade. It’s frantic at times due to the number of enemies on-screen, but your companion’s abilities can turn the tide. Ratika, for example, can play a song to buff you, while Ludomir can slam the ground, knocking down enemies and toppling pillars. It’s not a deep system, but it’s adequate and often satisfying – and not overused, which is a nice bonus. There’s an element of platforming involved, and Spearhead have used a lot of high, wide angles to give the relatively small mission areas a grand sense of scale.

Aesthetically it’s a little hit and miss on the Switch. On one hand there’s the beautiful, mesmerising art style that employs angular shapes and bright colours to the same effect as The Game Bakers’ boss-rush indie, Furi. The results are stark, eye-catching backgrounds punctuated by blooms of light and colour as you navigate the world. On the other hand there’s the Switch itself, struggling to render the environments sharply enough, resulting in occasionally blurry character models and an overall grainy look. Also, some of the environmental grandeur is lost on the smaller screen in handheld mode, which is a shame. A game like Omensight following Stories certainly shows that Spearhead is a small team learning to perfect their craft. They have a genuine talent for creating tightly-woven yet splintered narratives that tell multiple stories within a given framework, and their world and style feel unique. Where Stories showed promise but was ultimately held back by an inability to fully realise it, Omensight feels bigger and more focused, with more replayability but the same high standard of characterisation and scripting.

The combat is a tad too simple to be truly exciting, and it’s not exactly an easy story to follow due to the haphazard nature of the Groundhog Day time-looping, but it’s a compelling adventure in a world that Spearhead seem to genuinely care about – and that care shines through. If you’re partial to a bit of hack ‘n’ slashing and fancy something a little different to the norm, you’ll find Omensight to be an enjoyable addition to the Switch’s catalogue of ports.

If you’re partial to a bit of hack ‘n’ slashing and fancy something a little different to the norm, you’ll find Omensight to be an enjoyable addition to the Switch’s catalogue of ports.

Omensight launches on May 15 for PS4 and PC