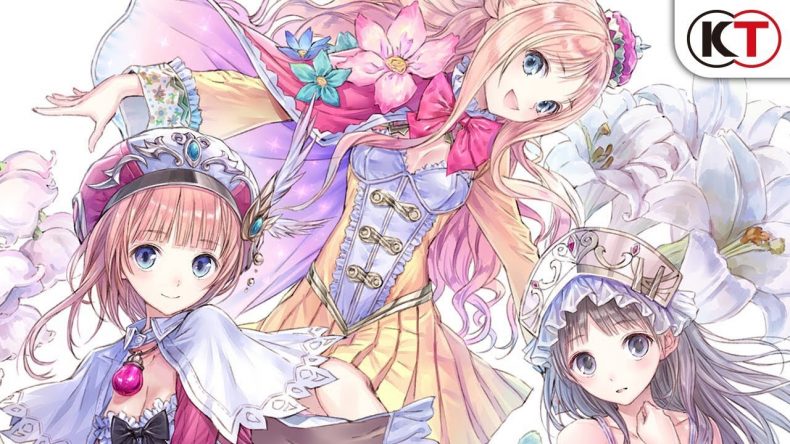 The Atelier series of games has been one of the best hidden gems in JRPG history. The problem it has faced besides the obvious lack of awareness among even hardcore JRPG circles is the lack of availability of many classics on modern systems. While NIS America brought out some fantastic releases in the franchise on earlier PlayStation consoles, Koei Tecmo took over in recent years and Atelier Sophie finally had the series on PS4 in addition to Vita which made it easier to recommend to new fans. Atelier Sophie is also a great starting point since it was the beginning of a new trilogy.

If you’ve ever wanted to get into the Atelier franchise, the PS Vita is actually the best platform given the sheer amount of Atelier games available. Sadly, Koei Tecmo chose to leave the newest trilogy incomplete on Vita by skipping the localisation of Atelier Lydie which only made it to the West on PS4, Switch, and PC despite also being available on Vita in Japan. Most people likely don’t own a Vita and many moved on from the PS3 to PS4 so Gust’s celebrated Arland series of Atelier games would forever be lost to time. Thankfully Koei Tecmo and Gust aim to sort this out with the Atelier Arland series Deluxe Pack that is available on PS4, Switch, and PC bringing the whole trilogy to modern systems. The Atelier Arland Series Deluxe Pack includes all three games from the Atelier Arland trilogy. These are Atelier Rorona: The Alchemists of Arland DX, Atelier Totori: The Adventurer of Arland DX, and Atelier Meruru: The Apprentice of Arland DX. These games include most of the previously released DLC and are available on their own or in a single package that gets quite a nice discount. These are based on the Vita “Plus” releases.

Gust’s Atelier games are very interesting JRPGs. The focus is never on combat or saving the world. These games are like slice of life anime shows that happen to have turn based combat and other JRPG tropes. The real draw is the art, music, and character development. Most people discover the franchise through the gorgeous art. You know how many games have great looking portraits and concept art but the character models never look as good? Atelier (and basically most Gust games) games usually nail this with the storybook look. In fact replaying these games reminded me how great their visual design used to be a few years ago. Atelier Firis and even Lydie to some extent look so bland in comparison. There is a time limit aspect that annoys some people but it is very forgiving. Think of it like the calendar system in Persona games where you need to accomplish something before a certain day or it is game over. The core actual gameplay here is gathering and crafting. When these games released in Japan, I was pretty surprised to see how barebones the ports are. In a lot of cases, you expect the Switch versions of something to be 30 and not 60fps but when a Vita game running at a higher resolution is 30fps on PS4 Pro, it is very disappointing. This is even more disappointing when you look at the price points of the individual games for people who just want to pick up one release. Koei Tecmo didn’t even bother doing a physical release which is sad since the fanbase has been vocal about physical Atelier releases for a while.

Given how some of Gust’s recent games have performed on PS4 hardware even with dated visuals, I’m glad to see no major issues here. There are some low resolution assets but this is a pretty big step up over the Vita in resolution and performance. Vita Atelier games are known to run poorly but most people get used to them during gameplay because the games are pretty slow paced.

The music and art in all three of these games are amazing. Mel Kishida’s best work overall is probably Blue Reflection with the transition from character art to 3D models but his Arland series work is brilliant and it suits Ken Nakagawa’s score perfectly. I still think the best games in the franchise are the Dusk Trilogy games but hopefully more players who got in through the Mysterious trilogy give the Arland games a shot through this release. There are two aspects of this release that hold it back from being an easy recommendation to all. The price and overall port quality. Each game costs too much on its own and the only way the overall release is palatable is through the discounted bundle. This is considering you have already played the games before. If you haven’t, the price is absolutely worth it for the game quality because these 3 are some of Gust’s best games for me. As ports, they are serviceable and should definitely have been given more care considering they look like enhanced Vita games and still run at 30fps on PS4 Pro. The Nintendo Switch trilogy review is also available in this edition of our Switch Re:Port.

If you’ve already played these games in their Plus incarnations on PS Vita or own them on PS3 with DLC, there isn’t much here to justify the asking price. If you got into the franchise through Sophie and want more, the Deluxe Pack that includes all 3 games is definitely worth your time and money. On their own, the games are far too expensive for what they offer as re releases but as a package, this is great for newcomers to the series. I can finally recommend these games to newcomers to the franchise since they are now available on PS4 and Switch which most Japanese game fans own right now.

The Atelier Arland Series Deluxe Pack brings together 3 classic Atelier games for modern systems and while the ports could have been better, these are still some great and relaxing JRPGs.

You may also like
Atelier MeruruAtelier Rorona Plus: The Alchemist of Arland