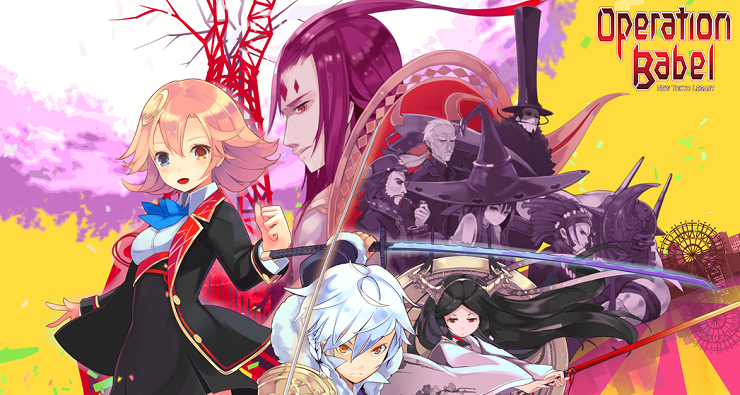 I was introduced to Experience Inc. properly with Demon Gaze that NIS America released on the Vita a while ago. Demon Gaze is super difficult or at least it was back then for me but I was intrigued the more I played it. It wasn’t like Etrian Odyssey which is still the peak in terms of quality for dungeon crawlers for me, but it offered something different. Fast forward to today and I’ve played more Experience Inc. games and am a big fan. Stranger of Sword City is still my favourite although I have a soft spot for Ray Gigant’s soundtrack. I never cared much for my time spent with Operation Abyss: New Tokyo Legacy and was hoping to enjoy the sequel with improvements. Unfortunately Operation Babel, while approachable for newcomers, falters in many aspects despite being a good DRPG.

A massive object that is called the Embryo has appeared in the Tokyo sky. You play as Xth Squad that has to investigate this and basically save the world from chaos. The Embryo causes monsters called Variants to appear in Labyrinths across Tokyo (how convenient) and your squad has to get to the bottom of this crisis. While the plot in most hardcore dungeon crawlers is usually never the focus, it feels pretty filler here. The change from only English to only Japanese voice acting is also pretty annoying. Do not play this for the story because there are better dungeon crawlers with a good story out there. The highlights are obviously exploration through the labyrinths or “Abysses”, customisation, and combat. There’s a new system in place that lets you add sub classes that will allow characters to use skills from 2 classes but the experience earned will be split up. This causes slower overall progression but you can really create some interesting characters through this. This sub class system is called the supplemental Blood Code system. Speaking of Blood Code system for classes, one big problem is the amount of new terms that is thrown at you. I hate when games go overboard with new terms for basic things and overwhelm you.

Progression through the abysses is grid based. You move one block at a time and can strafe as well. The aim is usually to clear out Variants and move on to the next mission after a bit of preparation. While I’ve mentioned how Babel disappointed me in a lot of ways, it is great to see Experience Inc. still make sure the actual party composition matters. Character portraits are very well done, but I’m quite disappointed with how the Abysses look. Even the Variants and bosses look great, but the actual labyrinths you traverse look lazy from a visual standpoint. It feels like too much effort went into an overtly complex in game interface and very little effort was put into the labyrinth looks. There are some really flashy animations and also some visual effects in key scenes that look good.

Operation Abyss on Vita only had English Voice acting. When it was ported to PC a little while ago, NIS America added a Japanese dub option for the people who wanted it. For Babel however, there’s no English dub option. It is disappointing when publishers do this. I understand not doing a dub in the first place, but if a previous entry has one, the sequel(s) should. Voice acting aside, the music is very nice and I can’t think of a single Experience Inc. game that has not had good music. The soundtrack isn’t amazing like Ray Gigant, but it gets the job done. The opening deserves a special mention as it features Kanako Itō who did a fantastic job as usual with the vocals. In a lot of cases, first person dungeon crawlers end up being inconsistent. Either the combat and dungeons are great, but everything else is bad or they end up having great visuals, lacking in game design or progression. I feel like the Sci-fi esque theme could have been explored better here. The interface design isn’t doing Babel any favours either. If you’re new to the dungeon crawling genre of RPGs, this might not be the best place to start. The learning curve might be a turnoff for many and I’d recommend checking out the easier Ray Gigant to get into the genre or one of the modern Etrian Odyssey games. Operation Babel is only recommended if you’re an Experience Inc. fan and can tolerate some of the jank and bad design decisions that are on display here. It is a good game but could have been so much better.

Operation Babel is a good dungeon crawler but not even close to Experience Inc’s best work or most of the competition on Vita.

You may also like
operation babel: new tokyo legacy