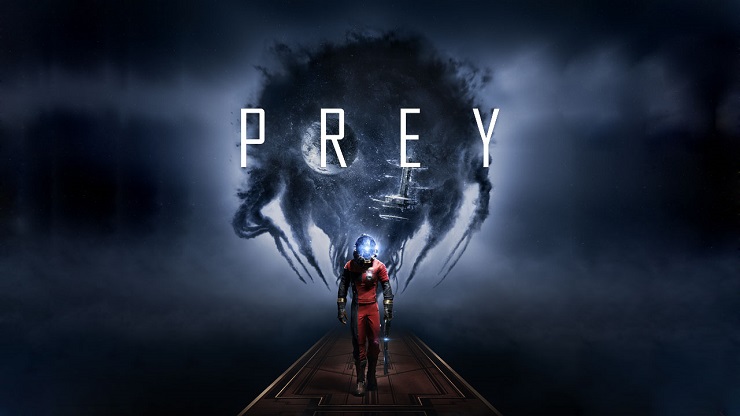 Prey is a game of good ideas, encouraging experimentation and borrowing heavily from titles that have gone before it – most notably System Shock II or more latterly, Bioshock. Both games pitch you in an environment that is constrained by its location; under the sea for Bioshock and in space for Prey. Narratively it doesn’t do anything spectacular, but what it does do very well is give you, the player, a wonderful toolbox of powers and abilities, and allows you to find your own means of progressing through to the conclusion.

This choice and freedom does come at a cost though. Prey is very much a game of two experiences. Choosing one way or another could lead you to experience the game in vastly different ways and will inevitably dictate your feelings on the game as a whole. To explain, in the first few hours of Prey I really struggled and was not enjoying the experience at all. I had no gun, only the wrench I started with, my health was continually at crisis point and my suit which provides an additional layer of protection from enemies before it impacts your health, was constantly at zero. Each encounter I had with an enemy was a battle of attrition of repeated deaths and trying something different: sneaking past here; throwing a gas canister there, hoping for a critical hit or a surprise attack that does more damage. Combat felt clunky, stealth felt inconsistent and resources were cripplingly rare, so much so that I didn’t want to venture too far off the beaten track in case it ended in yet another death and loss of progress. Couple that with an endless stream of disembodied voices prattling on in my ear directing me here, there and everywhere and I was thoroughly confused. Eventually though, I did venture off the beaten track, located a gun and a few crafting blueprints, and armed with some supplies the game slowly, but surely opened up for me; however, there remains a strong feeling that, had that not happened, and I had continued with pursuing the main story doggedly, I would not have enjoyed Prey nearly as much as I did, and that is potentially a huge problem for a game that has had a fairly muted release.

You play as Morgan Yu, who can be either female or male and you begin your journey in a testing lab where it becomes apparent very quickly that things have gone bad aboard the space station Talos 1. Immediately, you are thrust into an environment where you are under-equipped, have no recollection of past events and are being hunted by a malicious alien presence that takes many forms, the most notable of which are the much talked about Mimics that take the form of various objects in the rooms you venture in to. Mimics are the lowest tier of enemy that you face, but are perhaps the most interesting as the very presence of innocuous items like two coffee mugs, or one too many chairs around a table more often than not are a signifier you are in trouble and you should prepare. In the early stages of the game this uncertainty about what is an enemy and what isn’t creates a sense of tension that does let up slightly the further you venture in, but you never stop swinging your wrench at these everyday items just in case.

Talos 1 is a huge sprawling research facility orbiting the moon in an alternate history where Kennedy was never assassinated and the US and Russia collaborated in their respective space races to create a unified space programme. Throughout the course of the game you piece together the game’s history and the station’s more recent past through the various emails and audio transcripts littered around the station. These little bits of information help to flesh out your character more and tell a tale of someone who has become erratic and unpredictable in the days leading up to the disaster. Listening to audio and reading emails can also unlock additional side quests and areas to explore which further enriches the background detail and gives you an opportunity to shape the moral character of your Morgan. During the course of your time on Talos 1 you learn that the alien presence, known as the Typhon, has been brought on board deliberately and is the reason for your research, the result of which are devices called Neuromods. These Neuromods are what gives Morgan her abilities. There are two paths you can choose: “Human” such as additional health and stamina, as well as the ability to hack turrets and doors, and “Typhon” abilities that are achieved by scanning the various enemies via a tool called the Psychoscope. By scanning the Typhon you can learn the elements that give them an advantage, such as being able to mimic items in the world, or utilising a powerful psychic mind blast to temporarily stun enemies. You are free to spend your Neuromods in any way you see fit, however, by spending at least three in the Typhon tree you will turn the various turrets that are around the station against you. In the beginning this extra layer of enemy can become frustrating and encourages you to approach situations a little more differently.

In terms of weapons you have a fairly small arsenal, limited mainly to a pistol and shotgun as well as a couple of experimental weapons, the best of which is the GLOO cannon that fires an expandable material that will freeze an enemy in place for a short time. The weapons are not where Prey works best though, indeed, if you were to approach Prey as a straight shooter you would be disappointed because the combat is the least interesting part of the game. On console, shooting feels off slightly with aiming, particularly with the GLOO Cannon where the reticle doesn’t appear to match up with the location the GLOO ends up in. Also, there is woeful hit detection, so much so that when you get into a fight with more than one enemy it is often difficult to detect just where the damage is coming from.

Where Prey does shine is in it’s focus on exploration. There are always a variety of ways to get into a locked room; you can hunt around for the key card, reading notes and emails for clues, you can simply hack the lock if you have invested in that skill, or you can use one of the Typhon powers to change into an object and simply hop through a gap, or perhaps you could use the GLOO Cannon to create a makeshift ladder up the wall and climb through an air vent above you. It is up to you how you approach each of these little puzzles and the tool set you are given to play with can lead to some remarkably different ways to solve them.

Prey is a good game, a little confused by it’s own identity taking ideas from a variety of different games, but it meshes them all together into a game very much focused on exploration. The sound and level design is excellent, but where I do have hesitation is that by providing the player with so much freedom in how they play the experiences can vary wildly. By sticking to the main story and not choosing to explore you will miss an awful lot of what makes Prey such an enjoyable single player experience, and that potentially is a problem.

Prey is a game that meshes together a variety of ideas into a game that rewards exploration and experimentation and provides players with a fun toolbox with which to do so.