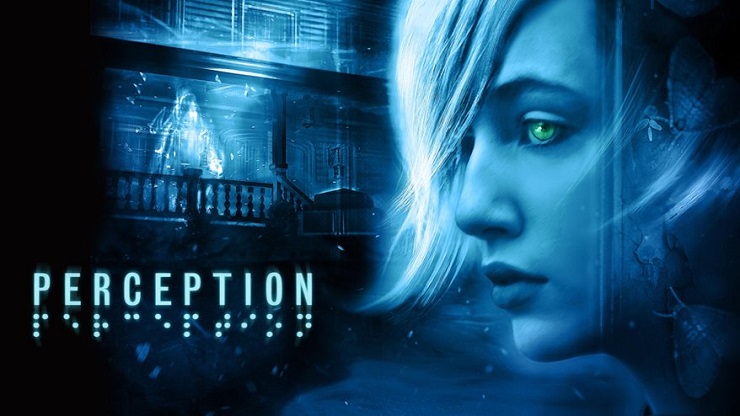 Perception does something video games haven’t done before, and it does so with a great deal of integrity. It manages to make us understand to some avail, just how much we take sight for granted, and just how difficult living with blindness must be. Imagine not being able to look at the love of your life again, or watch your kids grow old. It’s heart-breaking. You play as a woman called Cassie, who’s visiting a house in New England after having a series of strange nightmares. This place becomes a labyrinthian grip around her neck, as the horrors begin to choke her, and restrict her sanity, with the house changing after every chapter. It’s a great concept, but it’s not without a few bumps in the night.

It’s a bold move building a game around a blind character, but the former Irrational Games’ devs have incorporated some great ideas into it. Firstly, Cassie uses echolocation to survive, discover, and explore. The core concept of echolocation is uncovering surroundings using echoes; Cassie will use her cane to stamp the ground, strike a fireplace, or bang a wall, and by doing so will reveal what surrounds her, if only for a few seconds. Dripping taps, buzzing radios, or hissing heaters can also show what is in that room or hallway, but too much sound can alert the evil within. It’s difficult for me to criticise this idea, however, it can be frustrating to hit the cane against everything constantly. It would’ve been better if you did it once, and most of the room would be revealed to you for longer than it is. You’re plunged into total darkness at times, so the need for echolocation is a must, it just seems to be a constant necessity that can get tiresome. Overuse of making noise, or too much noise in any one room can alert something known as The Presence, the ghost that haunts the mansion.

Horror is Perception’s focus, but other than a few jump scares, I never felt on edge. The Presence barely appeared in my playthrough (other than when it was supposed to), and I made a fair amount of noise. When it did, the screen turned a reddish orange, and it grabbed me, turning the screen red. It wasn’t particularly scary, and if anything, it was more of an annoyance than a thrill – we’ve been spoiled with this kind of horror done much better in Alien: Isolation and Outlast 2. There are some random visions that appear out of nowhere, such as a dolls and stags flashing up in your surroundings, but they’re never sudden enough, and feel more like accidents. If anything, Perception is plain creepy, and it’s this side of the game I really like. Like, Bioshock creepy. Remember than woman talking to her ‘baby’ in the pushchair near the start of the original Bioshock? Well, this does it better.

Throughout Perception, you see the house through different eras, and the different people who’ve lived there. Each chapter holds weird as hell secrets and some genuinely disturbing moments. These were the moments I enjoyed, especially as the stories are gripping through a great script. I particularly enjoyed the voice acting; Cassie is a great character, not one to have her blindness hold her back, and having to cope with the things she does throughout the story would be too much for those who can see. Also, the individual characters in the visions do a fantastic job of making their short stories mean something, bringing chilling performances to each one. You’re given more depth to each story through exploration, by finding various cassette players, letters, and more. You have different tools to help you out, including a text-to-speech device called Delphi, but the recordings are the most interesting. There are also some puzzles throughout the house, but they’re not really challenging at all. Also, by holding in the L2 button, you can focus on your next point or item of interest, which takes away some of the difficulty. By giving us this focus, it kind of takes away the severity of Cassie’s struggles. Regardless, The Deep End Games has done a really good job of making Perception about overcoming adversity.

Perception is a game about not letting anything stop you from reaching your goals, even if those goals include surviving a haunted house. The gameplay is intuitive, but can become laborious when using your cane every two seconds. It’s a shame you’re given too much help as it contradicts the struggles Cassie encounters, and the puzzles are rather easy. But it’s still an enjoyable game, and that weirdness you’ve seen Irrational do so well is soaked deep into Perception’s creation. The voice acting is great, the sound design is remarkable, and Cassie is an interesting and inspiring protagonist.

There're some great ideas in Perception, and with an interesting protagonist and some great voice acting, there's a lot to enjoy, even if it is a bit too easy.