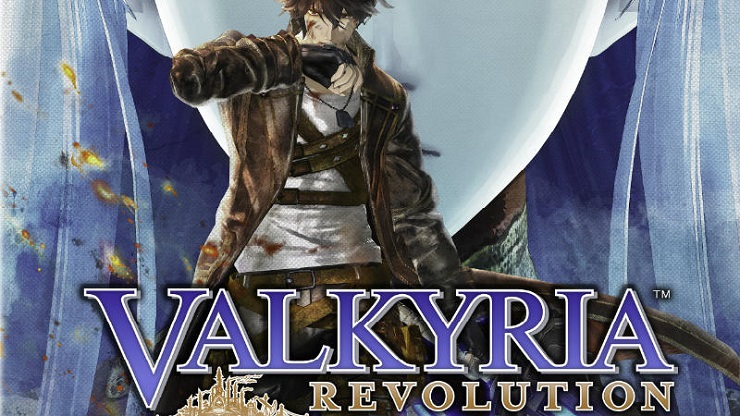 I love games that are cutscene heavy if the cutscenes actually manage to keep my attention. The situation here isn’t very good and even though playing on a portable is a lot more fun for me and I believe Valkyria Revolution is best on Vita (I’ll get to that in a bit), I almost fell asleep during some of the long cutscene segments. Even the opening has you controlling your character in a very brief combat tutorial for minutes in an hour of dialogue and cutscenes bombarding you with a ton of information. Ragnite, is a blue (or Azure) mineral that has lead to a rapid industrial revolution in the Ruzi Empire. The main story revolves about five orphans who are out to seek revenge. They have had everything taken from them but have grown and become adept in various fields over the last 10 years. Amleth, the protagonist, is a powerful soldier who is the leader of the Circle of Five (the orphans) and the captain of the Vanargand which is an anti Valkyria squad. The Circle of Five decide to take advantage of the war in the empire to carry out their plan for revenge against the empire lead by Emperor Klaudiusz. While I enjoyed the setting and some of the characters, the pacing is terrible. Some scenes go on for ages when they could have been done with a single loading screen giving you information or a quick portrait with a dialogue box.

It isn’t new for games to drop stapes in franchises while doing a spinoff and the combat system here plays like a combination of a Musuo game, MMO combat, and Real Time with Pause combat. The AI is mostly brain dead aside from a few boss fights where you need to pay attention and I quite liked the combat here initially. It does well to make you feel like a badass with skills, but will get boring very quickly. There’s an action gauge that you use during attacks and skills and once it is empty, you have to wait for it to replenish. The weapon and upgrade system is good and there’s always some free missions for you to play to level up if you need to. I wish there was more weight to the combat. I feel like a lot of Japanese developers that go for an action combat style falter with things feeling too floaty. The recent Tales of Berseria has a great action combat system in contrast to Valkyria Revolution. The gauge on top that fills up allowing you to go in without any cool down is a welcome addition and makes the combat a lot more fun.

I usually try every new Japanese game demo on PSN to get a feel for the game before the localisation happens and what I played for Revolution was pretty disappointing. The visuals and performance weren’t great and when I got my Vita copy of it for review I was actually impressed. Media Vision has done a great job with the Vita version. The smaller screen with a lower resolution also manages to hide some of the visual inconsistencies albeit with less flair than the home console version. The long drawn cutscenes are the only downside to playing this on the go. I like the character designs even though they look a bit too clichéd at times. There’s also the Not Selvaria Valkyria, Brunhild who definitely caught my eye in the promotional art. Environments are bland and the art style lacks any sort of charm. There are in game cuts to characters during key moments and they don’t have any lip movement when dialogue is playing. Everything feels too ambitious for a very low budget on the visual side of things. Thankfully the audio side of things is almost completely good. Yasunori Mitsuda’s (Chrono Trigger) soundtrack is really good. The final boss music is really good and his score is the saving grace for Valkyria Revolution. There’s also support for both English and the original Japanese voice acting. The English dub is very good.

There’s a lot that could have been improved to make Valkyria Revolution turn out better. The funny thing is Valkyria Chronicles, a game from nearly a decade ago, has aged so much better visually and Revolution that is a 2016 game (in Japan) looks like it is from a decade ago. 2017 is a cracking year for games and you are better off putting your time elsewhere. Buy the soundtrack instead of the game unless you absolutely want to play anything with Valkyria in the name.

Valkyria Revolution is an average action RPG with some strategy elements that is held back by way too many issues and only really has its soundtrack working in its favour.