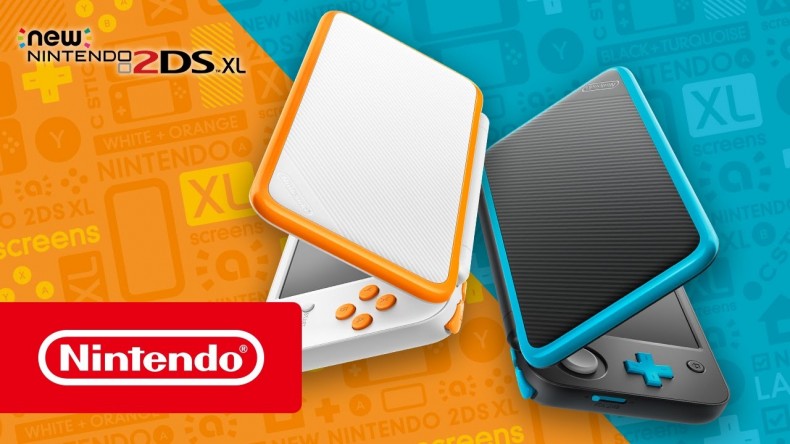 It feels fitting to be writing this while I’m listening to Radiohead, really. “You do it to yourself, just you, you and noone else” isn’t the song ringing in my ears, but it’s the most apt. I’m not moaning, but sitting down to write about a new model of the 2DS on a gaming website that has a very clued-in audience, that’s fully aware of the 3DS and all its majesty is a weird thing to be doing.

First of all, the New 2DS is light – very light. Despite sharing the same screen size as other XL models, the device feels somehow smaller, and is probably the most comfortable 3DS/2DS you can pop into your pocket, even including the very first original Aqua Blue models from launch. The top section of the New 2DS has a bezel of sorts surrounding it, which to some might end up making it look slightly cheap. I’m undecided, but that’s partially because I’m having to steal opportunities while my kids are at school to actually play the damn thing.

The screens both look sharp. I’d wager most existing 3DS play with the 3D functionality turned off, but it should go without saying this New 2DS has no 3D whatsoever – that’s kind of the point. Studying the handheld up close, I get a distinctly “Game & Watch” feel from the orange and white model we’ve received – and that’s a great thing. On the top you’ve got all four triggers attached and easy to click in, along with the charging cable port (which is beside ZR, not central like on the New 3DS XL). On the bottom end there’s a power button, wifi and power LED indicators and a headphone port. The ZL and ZR “triggers” are an improvement on the New 3DS XL because they’re slightly smaller, but this is perhaps because the New 2DS XL is more curved and thus they are on a slight incline. The volume slider is smaller, more refined, and slightly fiddly to get to if you’ve got big hands.

Elsewhere, the front-facing camera is now on the swivel pillar instead of above the top screen, which it one reason the device itself is lighter overall. It may seem like I’m harping on about weight here, but given how many quality games ask you to hold the device in one hand and use a stylus in the other (on that note, the stylus is the tiny version and doesn’t extend), it’s great to reduce the weight.

Perhaps the most interesting change to the aesthetic is that where there is a 3DS cartridge slot on the New 3DS XL, now there’s a plastic compartment which houses both cart and microSD card. Having had to move all my data from the New 3DS XL microSD, this is a major positive. The 3D-brother of this system hides its storage beneath the casing, requiring a screwdriver (a tiny one at that) to remove it, whereas like a modern, sensibly designed electronical product, the New 2DS XL simply has a slot you push your microSD into. It’s a small improvement, but it’s one that’s welcome. The included card is 4GB, which is alright, but I’d prefer closer to 8GB given the extensive library and size of some games.

The question I have been asked recently is “which 3DS should I buy?” and I suppose to that end, while it may not be exciting, purely because we’re almost certainly approaching the tail end of the life cycle, the New Nintendo 2DS XL is the one I’d recommend. It’s light and looks great, includes Amiibo support, has quality if life improvements along with a full set of triggers and two sticks (though, yes, the right stick is still a bit fiddly and small), but it’s also cheap at around £130.

If you cannot be without 3D in your 3DS games, then obviously this isn’t he model for you, but with an enormous library of outrageously good games, the New Nintendo 2DS XL is the best one yet. It’s not quite worth an upgrade if you already own a New 3DS XL, but if you are on one of the original models (XL or otherwise) then you’ll be pleasantly surprised by the screen quality and general build of the device. The best gets better, then, and perhaps with games like Pikmin, Ever Oasis, Metroid: Samus Returns, and Miitopia coming, there’s life in the old dog yet.

The best just got better. With a stunning library and a good price, the quality of life improvements make the New Nintendo 2DS XL the best handheld console of the lot.