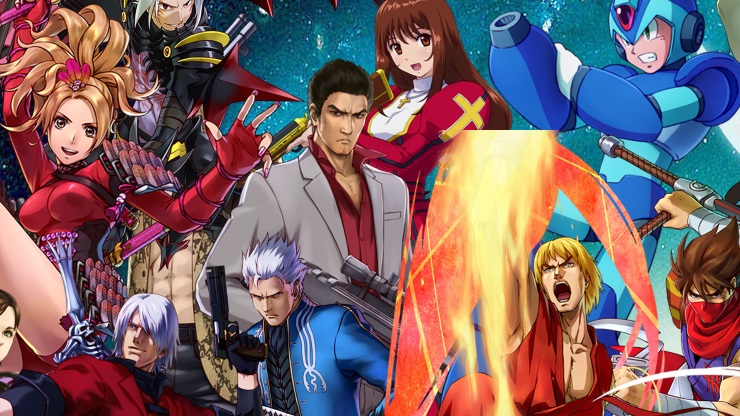 Everybody loves a crossover. Seriously, what could be better than seeing characters from entirely different worlds, companies, and entertainment mediums? It’s a recipe for a good time, although few would admit to the truth that you can’t please fans of all involved parties of a crossover.

With that said, the original Project X Zone delivered what most people would have wanted for a game featuring the very best of SEGA, Namco Bandai, and Capcom – at least on paper. It had an absolutely insane cast of popular and forgotten heroes and villains, as well as some stunning visuals, including the most beautiful sprite-based battles you’ve likely seen. It’s just a shame that the game itself descended into a nonsensical adventure of meaningless dialogue and incredibly shallow turn-based strategy.

So, I will say right now, that this is a better game than its predecessor. As a sequel, you’d expect some refinements to gameplay alongside new characters, enemies, environments, and that is exactly what it offers. The rotatable isometric battleground of the original returns, as players oversee units containing a team of characters, as does the 2D beat-em-up style combat, where players have to use different combinations of the D-Pad and A button to unleash attacks. Little has changed for the most part, but things sure have been refined.

For a start, the turn structure has been completely overhauled: instead of turns being taken in a set order, there are now referred to as “rounds” where it is possible to pick from any of your units, in any order. With this change, it’s now possible to add a little more strategy to your actions. When in combat, unused moves become charged up and stronger for the next battle, putting you in the dilemma of choosing between charging a move, or using that move to increase your XP (Cross Power), which is used to Counter, Defend, and Full Defend an enemy’s attack, or to activate more powerful attacks yourself.

This added depth to combat makes the lengthy battles slightly more bearable than before, although this sequel still retains the annoying and seemingly endless repetition of defeating a few enemies, then more appear, fight them, more appear with a boss, beat them, move onto the next level, repeat. Meanwhile, the text-based cutscenes that punctuate all of this action appear too often and are far too lengthy to be enjoyable. Of course, you want to see these crossover characters interact with each other; that’s the point, but when every single conversation is artificially bulked up by pointless dialogue from every character in play, it just makes you want to skip it. It takes the sheen away from the very appealing prospect of seeing these titans of Japanese gaming occupying the same space.

And that’s essentially what Project X Zone is all about, after all. You’re here to see what would happen when Chris Redfield meets Heihachi Mishima, to bask in the awesomeness of Mega Man X and Phoenix Wright on the same battlefield. There are dozens of fan-favourite characters here, with characters from series such as Streets of Rage, Yakuza, Tekken, Virtua Fighter, and even a few Nintendo properties such as Fire Emblem and Xenoblade Chronicles. With all of these characters, many of them very Japan-centric, there’s likely to be high chance you aren’t familiar with all the characters, so you’ll be glad to see that the Crosspedia once again returns, giving you the low-down on all of your party members and enemies. It reinforces the fact that once again, this is a celebration of some of the greatest characters in gaming, within a narrative that’s, of course, barely coherent, but certainly more so than that of the original PxZ. The localisation is great for the most part, with some clever and funny references and in-jokes, although I hope you like your female characters being characterised as tits on legs, because that’s a constant throughout the game, and regardless of where it comes from, that’s disappointing.

There’s nothing I’d class as bad about Project X Zone 2. There will be many of you reading this, totally ready to jump into this game with both feet on the strength of the crossover potential alone. And you know, there is genuinely nothing wrong with that, because it delivers on that front, and the gameplay itself is solid, if slightly shallow. Yet, even with the tweaked strategy gameplay, it’s still a game that will feel amazing for the first few hours, but will eventually become a real slog, and that’s a shame. For a certain niche crowd that has the patience (or plays the game in short bursts), this’ll be right up their street, but for the rest of us, it’s nothing special.

Amazing visuals.
A celebration of some gaming greats.
Battles are much quicker than in the first game.

Strategy is still too shallow.
Incredibly repetitive.
Dialogue is overly long and pointless.

For a certain niche crowd that has the patience (or plays the game in short bursts), this’ll be right up their street, but for the rest of us, it’s nothing special.