previous
Minecraft: Story Mode Season Two – Episode Five: Above and Beyond Review
random
next
Mario Party: The Top 100 Review
1 like 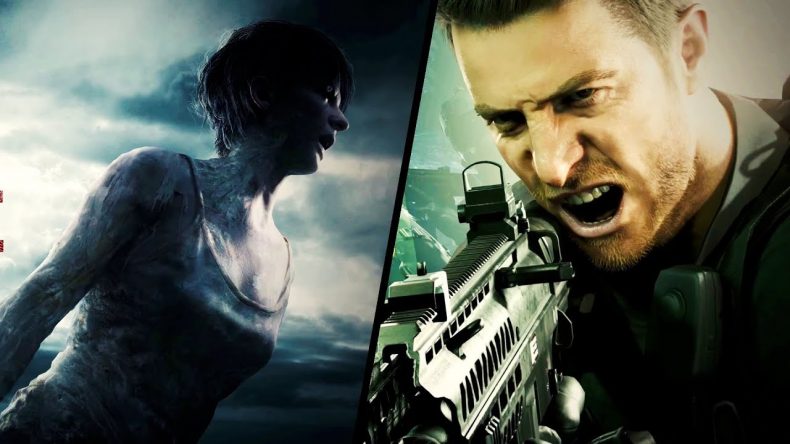 Right, I’m going to start this review off with a warning: I’m going to reference the ending of Resident Evil 7 in this review. It’s unavoidable. The final two pieces of DLC follow on directly from the end of the main game’s story, so this is your last chance to get out, before I start talking about Not A Hero and End of Zoe.

Still with me? Okay. That means you’ve either finished Resident Evil 7 or you like to live life on the edge. You rebel.

The previous DLC episodes, under the ‘Banned Footage’ umbrella (sorry), were fun but ultimately lacking in any depth. They were minigames, or incredibly short and limited story beats, not really adding anything substantial to the Resident Evil mythos. These new ones are each in the region of an hour or two, with much more story content; already making them better than anything that came before.

The first of the two chapters is free, acting as an epilogue to the story proper. After Ethan took down Eveline and was rescued by Umbrella (raising questions already) and specifically by Chris Redfield, the only direct tie to the previous games, there was still one major thread left to tie off: Lucas Baker. Questions remained about who he was working for and whether or not he was actually infected; considering he escaped Ethan’s vengeance, he was the only real loose end. This is why Chris Redfield has been sent in.

Not A Hero begins directly after Ethan and Mia have been choppered away to safety, and Chris has been tasked with chasing down Lucas. Right off the bat, it answers the questions about Umbrella’s apparent new direction and how Chris fits into it, which is a little bit clumsy in terms of exposition, but it just about works. In keeping with being part of a cleanup crew, and unlike poor Ethan at the beginning of the main story, Chris starts off Not A Hero already tooled up and ready for battle. Unless you play on Professional difficulty, unlocked after completing this DLC on any difficulty. While this does remove some of the initial dread that you might be expecting, the episode has a few tricks up its sleeve to keep you on your toes. Like me, you might have been a bit worried about this epilogue, simply because you’re back fighting the Molded once again. Also, because you’re prepared for the fight, with a fairly powerful handgun and shotgun at your disposal. There’s no getting around it, there is a bit too much focus on action and a complete lack of proper puzzles, but there is a little bit of the Metroidvania theme of the original games in Not A Hero. Overall, there are a number of nods to the first two games in the series here; it feels like a bit of a love letter to the series, possibly even a proper goodbye to the old style, perhaps getting ready to usher in a new generation of Resident Evil games that follow the template set by 7.

I loved my time with Not A hero, chasing after Lucas Baker and exploring an entirely new area created exclusively for this DLC. The new enemy types make you rethink how you play, sometimes even causing you to panic as you’re thrown into a situation that’s beyond your current ammo count or because you’re missing something needed to progress. It’s easily the best of the post-game content, even the final paid chapter. It reminded me of moments from Resident Evils 1, 2 and even 4, at times. It even contains Chris Redfield’s trademark power punch, for god’s sake!

If Not A Hero is the love letter to fans of Resident Evil’s past, then End of Zoe is the complete wildcard, moving in a new direction that barely even resembles Resident Evil 7. Taking place after the events of Chris Redfield’s epilogue, we find poor Zoe Baker in the swamplands beyond the Baker house, losing her battle against Eveline’s infection. Left encased in a crystalline substance that removes the clothing she was wearing for some reason, she is discovered by Umbrella operatives that are trying to get her the help she needs. Unfortunately for those agents, Joe Baker stumbles upon the scene; suspicious of what he’s seeing, he knocks out the men and takes Zoe to what he perceives as safety. Joe shows many of the same traits as his brother Jack, Zoe’s father, in that he’s very protective of his family. Unlike Jack however, Joe isn’t infected and is therefore in total control of his faculties. The name of this chapter might have left you expecting to play as Zoe again, much like previous DLC Daughters, but given her incapacitation the lead falls into the hands of Joe Baker. Almost literally. This is where End of Zoe differentiates itself from any other chapter in Resident Evil 7’s repertoire, as Joe isn’t one for weaponry; with the exception of a couple of limited crafted weapons, you’ll be fighting the Molded (plus a few other things) with your bare hands.

Remember that chainsaw fight with Jack? This entire chapter feels like an extension of that idea. Playing on PS4, L2 and R2 control the left and right fist, with specific combos producing visceral results, plus a few context-sensitive finishers to round off Joe’s melee abilities. Being rather proficient with your fists does remove an awful lot of threat from the Molded, but one or two new enemies have you feeling a little more vulnerable, especially once you’re forced to wade through waist-deep swamps.

The story itself is interesting, if a little pointless. It’s hardly essential, but it does offer a few surprises and it gives Zoe a bit more screen time; just not the proper leading role she perhaps should have had, given how pivotal a role she played in Ethan and Mia’s story.

Both of these DLC chapters are, as I said earlier, easily the best of the additions to Resident Evil 7’s post-release content, though neither come close to the quality of the game proper. Chris Redfield’s chapter is nervy and panic-inducing, tying up the most significant loose end, but the introduction of Joe Baker feels a little unnecessary, rather than giving Zoe a proper shot at the limelight. Given that Resident Evil has created some truly memorable female characters in its history, it’s a shame that RE7 insists on focusing on the men. End of Zoe is still an interesting chapter however, and it’s great to see Resident Evil 7’s season pass content ending on a high note.

Despite an excess of action, the final two DLC episodes feel like a love letter to both the original games and Resident Evil 7 itself. It answers almost every question asked, but leaves a couple unanswered, probably to keep RE8 a possibility.

You may also like
End of ZoeNot a Hero