previous
Resident Evil 7 'End of Zoe' and 'Not a Hero' DLC Review
random
next
Destiny 2: The Curse of Osiris DLC Review
0 likes 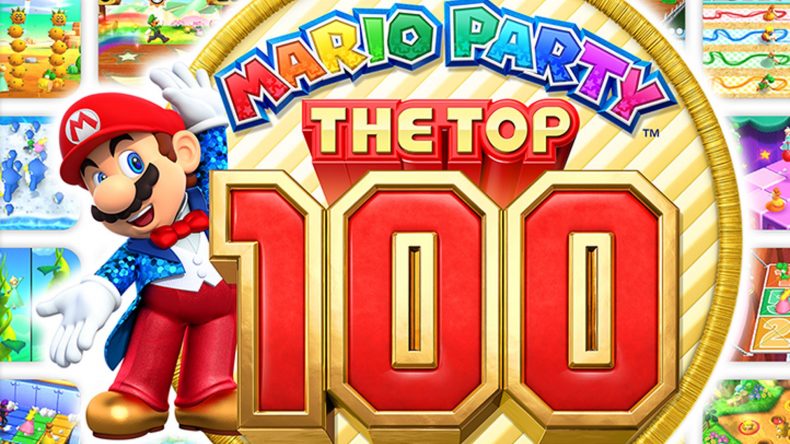 It’s been nineteen years since the release of the first Mario Party game, so a compilation title of what’s considered to be the series’ best bits is probably long overdue. Nineteen years of Mario indulging in his sadistic side and making his mushroom kingdom buddies walk along high up narrow ledges, carry munitions with short fuses and smack each other with hammers, this plumber has got a really weird idea of what makes a good party.

So, The Top 100 is a Mario Party game made up of the best minigames from the series. Yes, you get to play redone versions of classics like the flag raising game, chopping wood, the crane game, dizzy walking and, to be honest it’s kind of hard to care, unless you’re an ardent Mario Party fan you’re hardly going to get excited about anything contained in this package or the method in which it’s presented.

When you’ve been spoilt by the portly plumber’s platforming return on Switch, a title that’s so brilliantly Nintendo and magnificently Mario it’s a bit hard to get excited about soulless menus, 90s style Mario art and a selection of games that are as unfair as they are short and generally dull. You can choose to play them in one of four ways, either as a selection of mini games (chosen from themes or from the consoles they appeared on), in a ‘first to’ style affair called a decathlon, Minigame Island where you move from node to node to progress or through a Star Rush style board called Minigame Match.

Match is an unwelcome return for a frankly unfair game style, where star balloons randomly place themselves throughout the board and you need to pick them up and exchange ten coins for each one, amusingly they always seem to end up opposite where you happen to be, and you’ll have very little chance to get there. In a departure from the format that Star Rush brought in you no longer get balloons for every ten coins you have at the end of the game, making the mode even more unfair than it previously was. Unlike the aforementioned game though there’s only one board to play on, and as a result you’re highly unlikely to return to it.

Minigame Island is a way of playing The Top 100 in single player, with you moving from point to point and taking part in a minigame to progress. Each segment is divided into multiple parts and you’ll find yourself moving back and forth through them before you get to the end. Regularly Mario’s antagonists Bowser and Donkey Kong will turn up to challenge you, just to shake things up a bit, but the mode is basically a long minigame trudge, and a lonely one at that with no one to interact with.

Playing with others is where party games are always at their best, but the platform of choice is an odd one. I’m aware that this isn’t the first Mario Party title on DS, but having the game on individual handheld consoles makes the experience a rather insular one, ever when playing with others, rather than being open like the main console brethren. Download play is at least supported, so up to four people can play a shaved down version of the game through one cartridge rather than everyone having to own it, which is good value for money.

A large selection of games, even the most popular ones remade from past titles cannot save Mario Party The Top 100 from mediocrity, a smattering of modes presenting the events in such a boring style makes playing the minigames such a chore, and there’s so little variation in the modes themselves that playing through them again and again is incredibly unlikely, unless you and your friends hate yourselves that much.

Mario Party die hards may get some enjoyment out of this package, but it’s more than likely that their rose tinted spectacles may slip and they’ll see the games of the past for the tepid events they always were. What The Top 100 really showcases is that the Mario Party series is in a need of a major shake up, it’s in need of a reinvention, not a wistful look at the past.

A lot of remade minigames

As is often the case with looking back on the past, Mario Party The Top 100 makes you remember that things were never really as good as you remember.