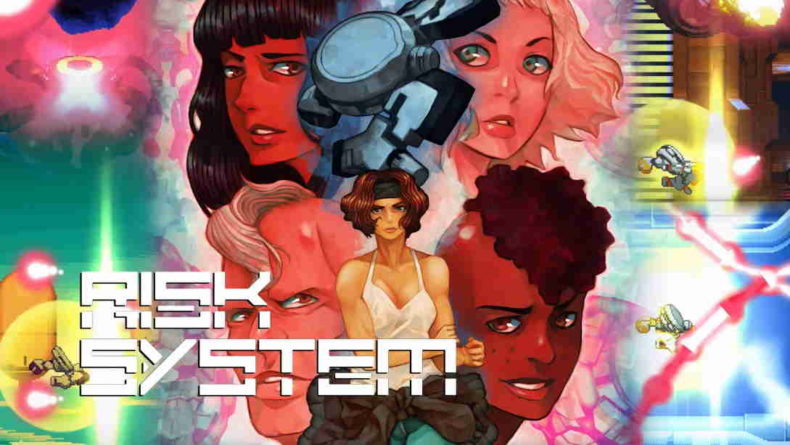 Seldom has a game ever had a more apt title than Newt Industries’ Risk System. Performing at an optimum level in this fast paced, technicolour horizontal blaster involves eschewing what one would describe as traditional shooter tactics. Instead placing yourself in near-perilous situations in order to unlock the potential of your RSK-9 spacecraft.

On the surface this is hori shmup 101. Fly through a series of missions, destroying the parasitical alien foes that threaten humanity, including the time-honoured menagerie of powerful end-level bosses. Where this one differs from something like R-Type is the precision. R-Type requires avoidance of enemies and their ordnance, Risk System challenges you to master the Barrier Breaker – a supercharged attack that can only be built and released by sailing as close as possible to oncoming projectiles, seemingly absorbing their power.

When unleashed, this impressive looking, screen filling attack will usually wipe out normal bog standard grubs. But is also essential to defeat the bosses who present a real challenge. It grants you a breathing space and invulnerability that you simply cannot do without. 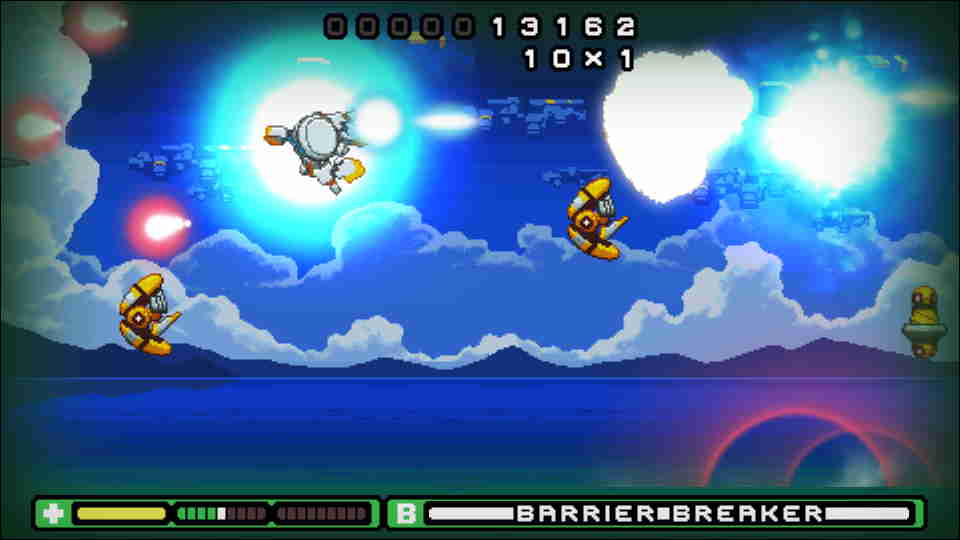 Another design decision that is against the usual shoot ‘em up grain is the barrel roll mechanic. This allows you to perform evasive manoeuvres, but also boosts the power of your own weapon. Standard attacking is done automatically. There’s a constant autofire peppering the onslaught. But it is also relatively weak, so use of the roll and mastering the strange inertia of your ship is key to penetrating some of the more hardy bad guys.

This is a seriously tough game. And many used to more straightforward fare will struggle to come to terms with. The ranking system for each stage is dependent of how you perform. Reaching the upper echelons of the scoring system requires near perfection and careful management of your shields and learning the attack patterns. There are checkpoints, and shield replenishing drops that occur when your craft is in the process of skimming against projectiles, but the reality is there are bosses encountered that can absolutely crush you with one attack.

Hardcore shooter fans will love the challenge that Risk System brings to the table. I found it to be an original, extremely well presented take on the genre. It has bold, colourful artwork and some excellent anime stylised presentation. It just won’t click with some though, due to the unfamiliar and highly difficult new set of rules in play.

Risk System is for the hardcore, yet it's also original and well presented. That said, it just won't click for some due to the high level of difficulty.