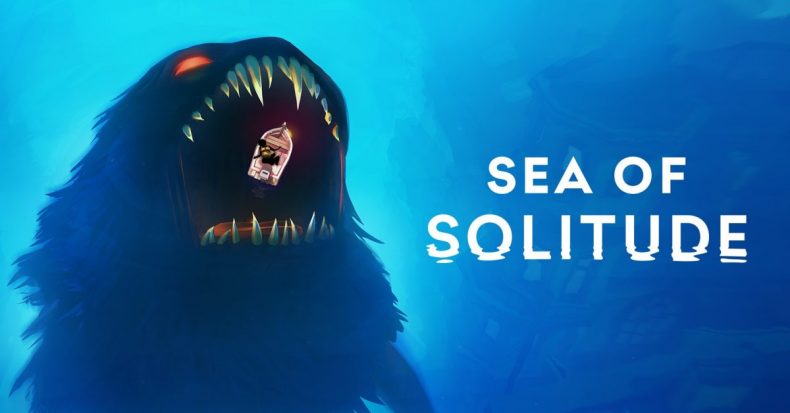 Games offer such versatility when it comes to subject matter, how they play, or what they aim to achieve, and we live in an age where literally anything could become something you play on your computer of choice. Sometimes it’s about huge open worlds, sports simulators, or colourful platformers – other times it’s about mindless violence and having a laugh – but sometimes, games can also be used as a conduit for the developer’s own experiences and beliefs.

EA Originals was created to bring indie developers that are working on innovative, creative, and poignant games to the forefront, all while offering a level of financial support and experience during the creative process. Its first game, Fe, was a great example of this, and with Sea of Solitude they’ve done it again. The main difference this time is that Jo-Mei Games has made something truly special with very little to fault.

You play as Kay, a young girl all alone in a world that is both familiar and strange. Throughout the eleven chapters, you’ll bump into a range of ‘monsters,’ but there is much more to them than being a beacon of danger and despair. The real joy of Sea of Solitude is your perception of them – what they mean to you and what they represent. It’s hard to talk about them without giving anything away, but their meaning is incredibly personal to Kay, and the way they are incorporated into both the level structure and the story is remarkable. There are times when Sea of Solitude is deeply unsettling on an emotional level. One scene in particular deals with bullying rather graphically and is uncomfortable to watch; however, it’s a necessity to bring home the severity of its subject matter. The game also deals with loneliness and depression in its most extreme cases, allowing you to get swept up in the soul-stirring connotations whilst looking deep into your own life for times when you may have been unaware of the same kind of situations unfolding.

If you’re going through tough times yourself, it’s relatable and upsetting, but it also offers you a way to see through the pain towards the light. Speaking candidly, I’ve gone through some hard months over the last two years, and it’s eye-opening how other people see those that suffer with mental health – that it’s not just the ones suffering with depression that need support.

Looking at the core gameplay ideas, there’s not a lot that will test you, but it’s not about struggling to solve a puzzle or reach a seemingly unreachable platform. You’re given a flare that can be used for a multitude of things. There’re shadowed enemies that will try to attack you, but firing your flare at a nearby light source will return them to their normal form or make them disappear. You can also use it to guide you along your way; if you get lost, the flare will tell you where you need to go. It’s useful, but it also feels like a metaphor, letting you know that there is light in the darkness – that there’s a way out. Within Sea of Solitude there’re pockets of corruption that can be cleared by holding in R2, and when they move away they fly into your rucksack. They aren’t used for anything, but again feel like a metaphor for all the emotional baggage we have to carry around. You’ll have to jump to get to new areas and across gaps in certain platforms, but apart from that there’s very little else you need to master, other than getting around in your boat which can be controlled by the left analogue stick.

The purpose of the game is to go through each new area and uncover more of Kay’s story. There’re some neat environmental puzzles such as avoiding burst pipes, melting ice walls, and using beams of light to bring shadowy silhouettes to life, with all of them being simple to solve. In every new area there’re collectibles to find, offering an excuse to explore, and the messages in a bottle reveal new tidbits of information about Kay and her personal struggles, but I was too engrossed in the story the first time round to find them all.

The art style is a perfect mix of orange, blue, and white pastel, whilst the grey and black tones create a satisfying juxtaposition to the calmer moments. The design of the city and the monsters both add to the story, with almost every detail having meaning; the rising of the water, the raging ocean, and the glowing light (affectionately named Glowy) all play a role in the game’s narrative. Guy Jackson’s music compliments each chapter brilliantly. There’re moments where the despair and severity of the story build up to crippling crescendos, and simplistic piano melodies that pull recklessly at the heartstrings. In some ways the score is a character within itself, never allowing you to catch your breath or give you a moment to break away from Kay’s moving adventure.

Sea of Solitude personifies creator Cornelia Geppert’s journey beautifully. Jo-Mei Games has created something that offers both a soothing and sorrowful journey full of tear-jerking and joyous moments wrapped up with excellent storytelling and inventive gameplay. There were a few minor glitches when trying to get back in the boat, but never stopped me from staying completely immersed in the story of a girl who is trying to do the right thing whilst struggling to help those around her and herself. If you enjoyed games like Journey or Rime, then this is a must buy.

A couple of glitches involving the boat

Sea of Solitude is a powerful story of loneliness, perfectly complimented by a beautiful art style and score.