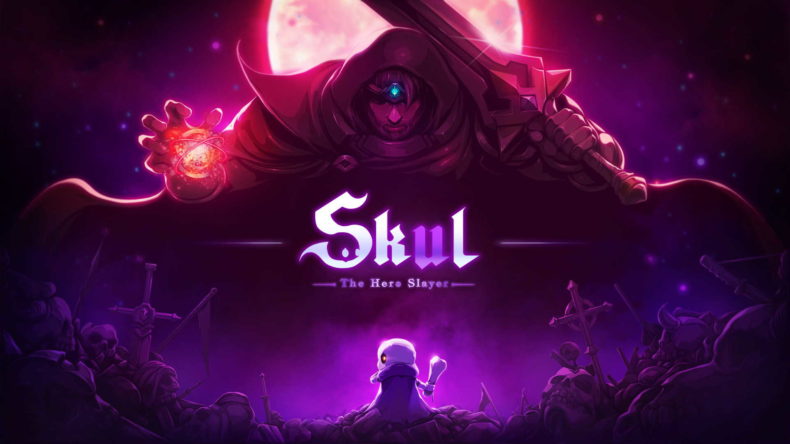 It may have some resolutely old school pixel art, and initially resemble another retro styled action platformer, but don’t let that fool you. Skul: The Hero Slayer is a deep and rewarding experience that offers myriad ways to battle through its roguelike swathes of enemies.

You play as the titular Skul, a tiny, cute skeletal figure. In a welcome twist on the usual plotline, you find yourself playing the part of the baddie of the piece. The bony protagonist is diminutive envoy of the Demon King, sent to slay the virtuous knights and heroic defenders of the realm. He has myriad ways of exacting carnage upon the wholesome denizens of Carleon – thanks to his detachable bonce. Just like the legendary Mega Drive anime tie-in Majikaru Hatto and its bastardized Western equivalent Decap Attack, Skul can detach his head and use it as a weapon. He can also teleport wherever it lands, as an added bonus. 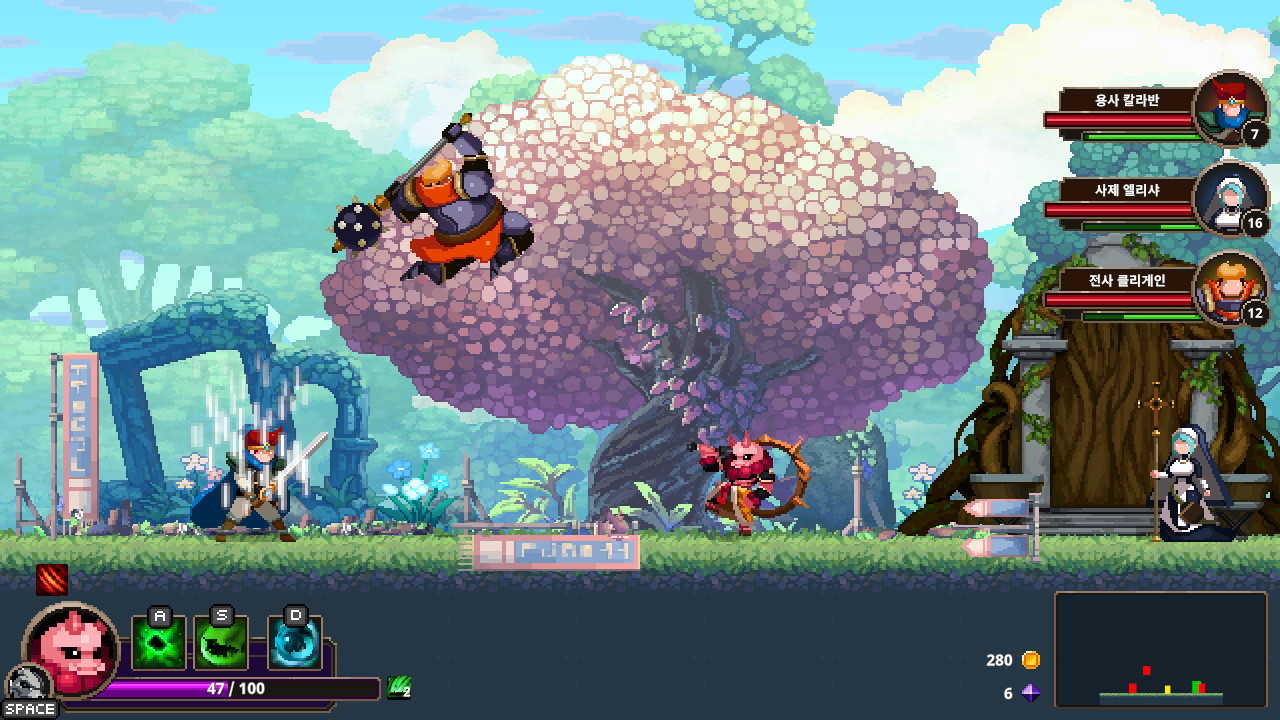 There are a number of different types of skull to collect. You can carry two at any time, and each one has two special moves assigned to it, with a cooldown on each. They are split between power, balance and speed types. You can use the in-game currency to upgrade them, and also buy and upgrade the equipment you are given on each runthrough. Without spoiling the experience for you, there are an absolute tonne of different skull types to experiment with. All of them, as well as the equipment you give the little feller, will completely alter Skul’s appearance, and it is wonderful seeing him make the transition from tiny cloaked skeleton to an armour encrusted badass wielding an assortment of ridiculous weapons.

Experimenting with which loadout works best is part of the fun. There are so many different ways to smash through the huge, relentless procession of foes and screen-filling bosses, to the point that any issue with slight repetition on the loop becomes irrelevant as it is such a blast to play. The combinations of moves, skulls and equipment is almost endless. There are so many ways to carry out acts of screen-popping carnage, and it all looks fantastic when you are doing so. 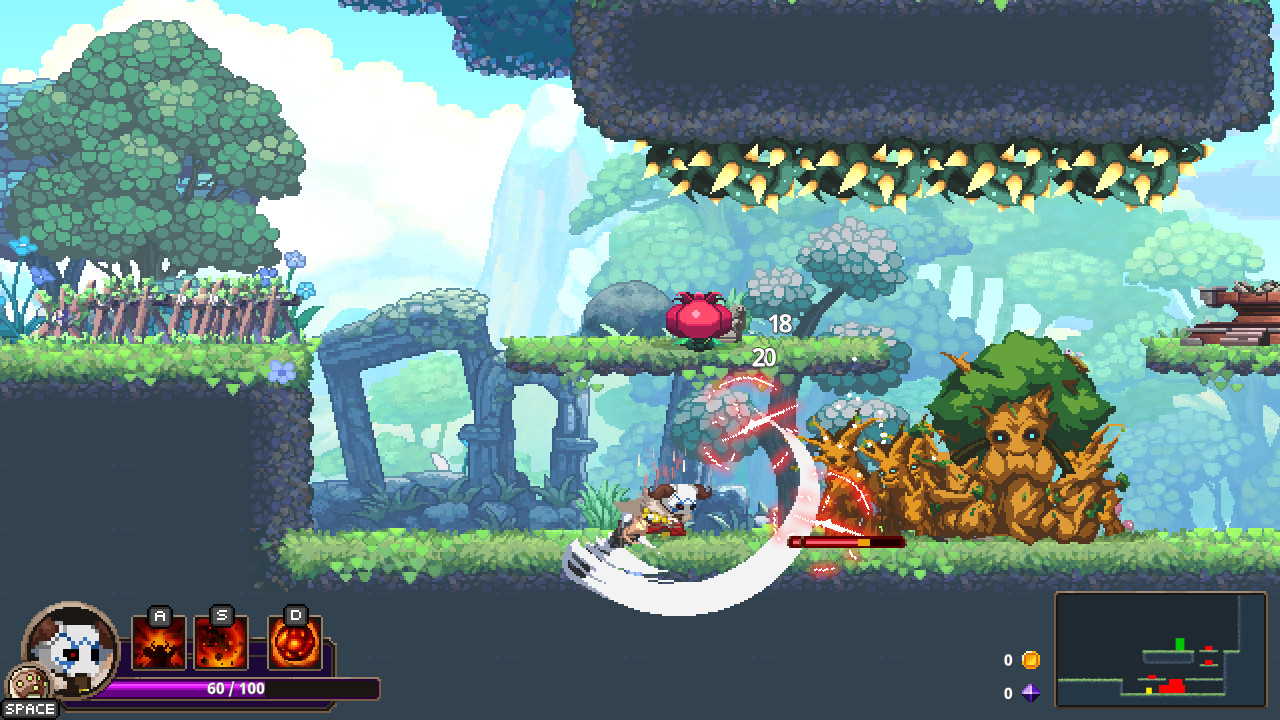 As well as powerful sword and weapon attacks, there are ways to freeze, burn, slice, smash and explode things. Of course, being roguish, there is also a luck element to proceedings if you end up being given a bum skull choice that you can’t get on with, but that is part of its charm. Regardless of weapon type, the attacks nearly always feel weighty and satisfying, lovely and moreish. Compare that to the lightweight combat in recent titles we have had to endure, like Greak, and it is night and day.

There are a few little things that I found a bit annoying. Some of the enemies require a bit too much punishment to take down, and can be a slog. The other annoyance was the fact that on screen, the enemies stack on top of and overlap each other. Sometimes you will be windmilling your way through, but end up getting attacked by a hitherto unseen foe. It’s a small gripe, and the only thing that repeatedly frustrated me. Despite the minor problems, Skul is an immensely enjoyable, constantly surprising and great looking roguelike adventure that comes well recommended.

Near endless customisation
Discovering and experimenting is fun, and funny
Looks great

Some enemies bit tough
Sometimes hard to see what is going on, enemy wise

Despite the minor problems, Skul is an immensely enjoyable, constantly surprising and great looking roguelike adventure that comes well recommended.