previous
Everything Review
random
next
Waking the Glares: Chapter I & II Review
0 likes

Snipperclips: Cut It Out, Together! Review 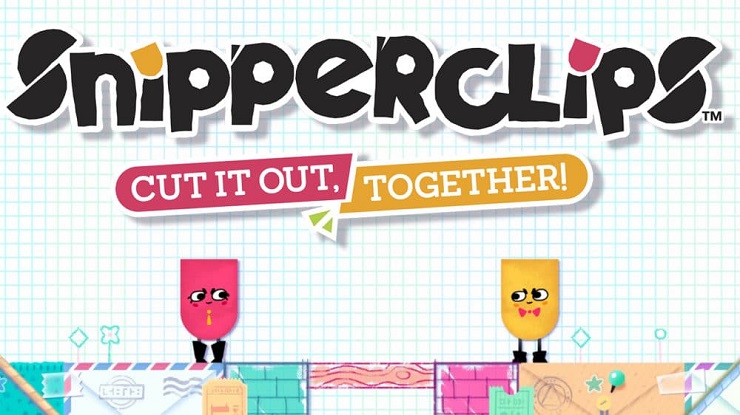 Nintendo Switch, the machine designed for home and away, one where the vision was for anyone to be able to set up an impromptu multiplayer session wherever they are. Snipperclips is probably the realization of that vision, with players grasping a Joy-Con each and working together to solve a series of puzzles; you’ll laugh, you’ll cry, you’ll hi-five – each other – in the face.

The idea with Snipperclips is that you (and friends) control sentient pieces of paper, complete with little booties and silly little faces (seemingly lifted from Cartoon Network masterpiece Amazing World of Gumball). You’ve got to cut pieces out of each other to be able to find the solution. In one puzzle, you’ll have to ensure that you both fit into the shape, in another guide a pencil to a pencil sharpener and in another ensure hearts are given to a princess; there’s quite a bit of variety in the puzzles. In two-player, the process of going about this is both brilliant and frustrating. There’s obviously an optimal solution for each puzzle, but every player will have their own thoughts as to how to go about this; cue both players simultaneously telling each other what to do while going off on their own trying to solve the thing themselves. “Cut me,”, “Turn 90 degrees,” “crouch down, crouch, NO NOT JUMP, CROUCH!” friendships will be sorely tested, but when it all comes together there’s an immense sense of reward and camaraderie; both me and my son would get really frustrated with each other before finally hitting upon what needed to happen, executing it half-assed and then hi-fiving when success was achieved.

Some of the puzzles requiring a certain amount of precision, like putting a key into two separate holes can see the situation devolve into flat out exasperation because of how difficult it can be for two people to syncronise their efforts, and frequently this frustration will manifest itself as mischief seeing both players throwing themselves at each other to cut one another to shreds. These moments are funny, and tend to be over with quite quickly allowing both players to get back to the task at hand. The game even supports up to four players with two people swapping a Joy-Con each, or four separate Joy-Cons for four separate paper-people to get up to some rather silly shenanigans.

If Snipperclips has a problem it really is down to its focus on co-op play. Working together and communicating like an effective team, and experiencing the fallouts from that is so much fun, that when you try and take on the game’s challenges without other people all the magic is lost. You’re in control, there is no unexpected factor, no uncertainty, you know what you want to do and you can do it. When you’re doing it with other people, that unpredictability can create a magic which is lost when take it on alone.

With other people, Snipperclips is a good time encouraging positive interaction and team-work, but played solo is a rather bog standard affair. When you’re playing with others it’s a truly great experience, so get some mates round, turn it into a drinking game, as inebriation can only make this even better; just, don’t take this on alone.

Getting people playing together wherever the Switch is, is the machine’s USP and Snipperclips is the game that realizes that vision most effectively.