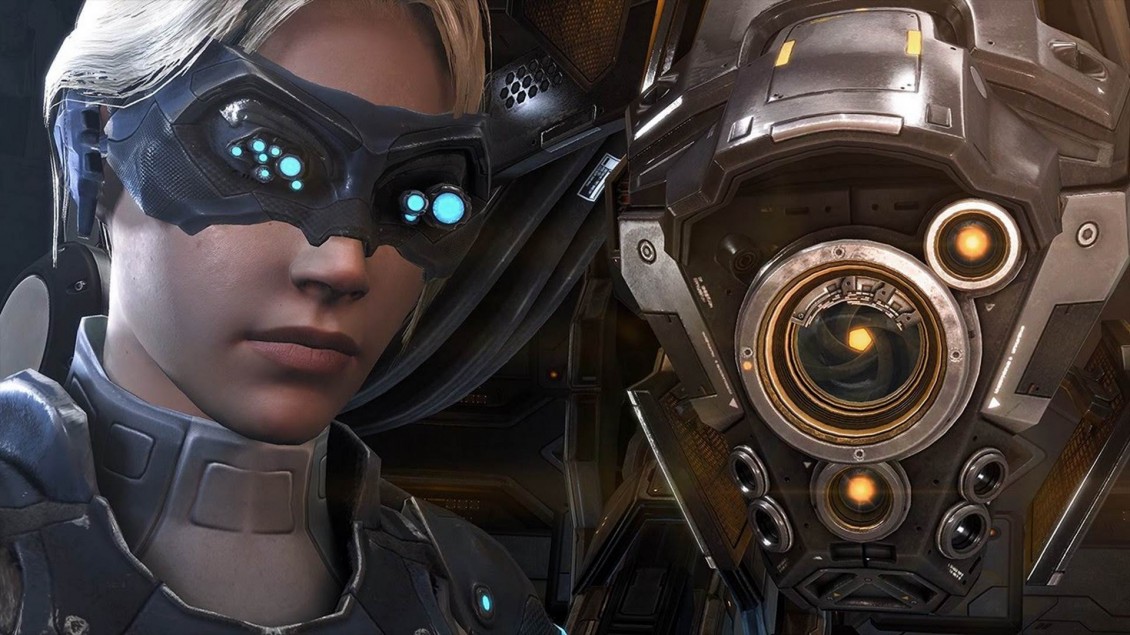 Remember Starcraft Ghost, the cancelled console game of the PS2 era? Blizzard remembers. Starcraft II’s first DLC, Nova Covert Ops, finally puts you in the boots of one of the series’ most famous Ghosts, the titular Nova. Set a few years after the events of the Starcraft II trilogy, the new content finds Nova waking up in an unfamiliar military facility, with no memory of how she got there. During the opening scene, our heroine is warned of her impending death at the hands of her captors, leading her to mount an escape attempt.

Once the game begins proper, the controls will be instantly familiar to any RTS player, with the mouse taking care of most things including movement. Returning Starcraft II players will be right at home, although a little bit of a refresher course would not have gone amiss. The prologue mission is quite simple, and does a nice job of introducing Nova’s abilities as you navigate your way through the facility. It also showcases a slight change in direction for this new chapter, with the camera zoomed in closer to the action as you take direct control of Nova. It harks back to some of the Zeratul missions in the main trilogy, as well as the prologue of Heart of the Swarm.

Although the DLC will focus on Nova throughout its three episodes, this doesn’t mean the core Starcraft gameplay is ignored. Far from it, actually. After the introduction mission, gameplay returns to the standard Starcraft gameplay style, complete with base building, time and resource management, and of course the incredibly weighty and satisfying combat for which the series is famous. To keep things focused, Nova is a constant participant in all missions, often being the deciding factor if her abilities are used correctly. Whether fighting the vicious Zerg aliens, or the human Defenders of Man enemies, the Ghost is incredibly lethal and much more powerful than standard troops. During one particularly frantic Zerg raid, the snipe ability took down the final alien at the last possible moment and ensured the survival of Nova’s weakened allies. Although there are only three missions in the first of this three part series, there is a surprising amount of variety to them which will keep you on your toes, especially on higher difficulties. It should be noted that the standard difficulty seems higher than vanilla Starcraft II, perhaps due to the brevity of the campaign, or maybe because Blizzard expects the DLC to appeal mainly to returning fans. It never feels overwhelming on the lowest difficulty though, meaning that even the least competent player can get through the story with only minimal difficulty. Don’t confuse a lack of difficulty with a lack of tension or fun, though. When playing Nova’s solo sections, stealth is key, but there are enemies with the ability to detect the Ghost despite her cloaking suit, and they will send all available units to blast her into oblivion without a second thought. Patience is key in these moments, as is strategy as you decide how to approach each scenario.

The story is a strange one. It offers glimpses into an intriguing and potentially epic plot, but never quite manages to find its feet in the few hours its first episode provides. Most of its failings can be attributed to this short lifespan, as even Nova isn’t given enough time to develop her character. Considering the usual quality of Blizzard’s storytelling, especially when it comes to its leading characters, it feels somewhat cheapened as a result. That said, there is the potential for the second part of the DLC to build on these lacklustre beginnings when the rest of it is released, so it is still worth a look.

With a nice mixture of Nova’s solo sections and the traditional RTS gameplay that fans know and love, Starcraft II: Nova Covert Ops is something of an experimental piece by Blizzard. It succeeds in its gameplay variety and replayability due to the series’ mission-specific bonus objectives and various difficulty options, but falls short in its storytelling and character building – a very odd failure in DLC specifically focusing on story. But, as so often is the case these days, that Blizzard quality shines through in its gameplay.

Only three missions, including the prologue.
Nova isn’t given time to be a decent lead character.
Feels like a teaser for future episodes.

A good start to Starcraft II’s DLC, Nova Covert Ops delivers a fun and tense opening chapter, but suffers from a lack of story content.