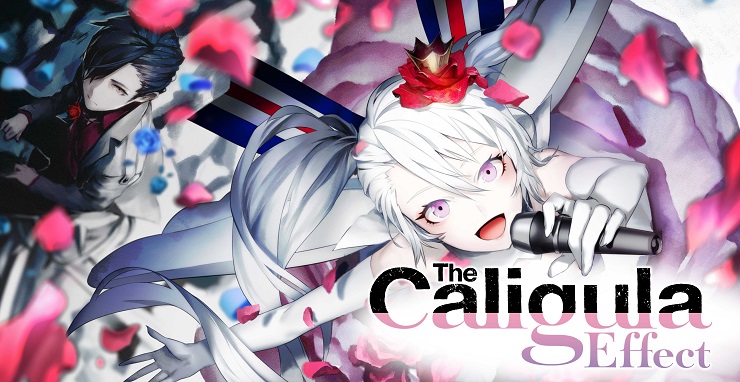 Over the last few months, a lot of people have suddenly noticed Japanese developers. This is partly due to the fact that a lot of the highest rated Japanese games in 2017 have been released on home consoles. A lot of people tend to ignore portable gaming (their loss really), but the people who’ve stuck with Japanese developers for the last few years know that there’s never been a shortage of quality games. 2017 has been a really great year for gaming in general and I’m struggling to find time to actually play non review games. The Vita in particular will see multiple new releases this month and the first of the lot is a digital only release from Atlus USA. The Caligula Effect (localised title) had my interest ever since it got revealed in Famitsu. Everything from the aesthetic in the reveal to the promo artwork appealed to me. Unfortunately it has failed to deliver in almost every way.

Wanting to do what you aren’t allowed to or see what you aren’t supposed to see is a dumbed down version of what “Caligula effect” means. The plot deals with various things like that as taboos through the main characters and there are literally hundreds of NPCs you can befriend. This sounds great on paper, but you end up with very few actual compelling characters with a lot of monotony. I couldn’t stop thinking about the anime Angel Beats while learning more about the world here and how things progressed. You are in a virtual world called Mobius created by a virtual idol called μ. This is an idealistic world that has been populated by people who suffer in some form in the real world. Everyone is a student in Mobius so there could be a girl you meet here who is actually a 40 year old dude in the real world. The idol μ performs songs (that are really good) in this world and your aim is to escape because you are aware of reality. The Go Home Club has you as their newest recruit and this is a club of rebels. While the main antagonists try to keep things as they are in Mobius, the Go Home Club aims to get back to reality and face their issues. The entire plot feels like a clichéd version of Angel Beats’ story and while that anime is an easy recommendation from me, the story here isn’t. Combat is turn based with real time elements. You get to chain up to 3 actions per character that can range from attacks to support actions. As soon as you decide on one set of actions, there’s a distorted visual version that plays out like a preview of the turn. This is called the Imaginary Chain and it lets you tweak your own chains to get the maximum out of a single turn. The interface while good looking visually is not as functional. It ends up being overwhelming at first and there’s too much thrown at you with tutorials when a more simplified approach would have worked better. I love how the normal exploration music switches to the battle music without any break when you get into combat. You can avoid encounters by staying out of the sight of the students or enemies that are eroded.

Every high school setting JRPG seems to want to try a social link like system because of course that’s the only thing that makes people buy Persona according to some folks. The Causality Link system here is a combination of a diluted social link system and the Final Fantasy X sphere grid. There are more than 500 NPCs you can talk to and some require befriending others to unlock their own link. I would have preferred a quality over quantity approach here because most of the NPCs are boring to talk to. This system can mostly be ignored as well because The Caligula Effect has many mechanics and systems in place that absolutely can be ignored or just plain don’t work well together. There’s a Character Episode for the main party members that lets you learn more about their past that is actually decently done. One feature that deserves highlighting is the WIRE messenger. This is available in the menu and I wish more games had something like this. You can send a few scripted messages and basically get reminded of what you need to do or where you have to go. It is useful if you are jumping back into Caligula after a while and feel lost.

Aesthetics are very important in a crowded genre like this and the best way to describe them here is inconsistent. Character portraits look good but the models feel too stiff. While the game is voiced only in Japanese, there’s no lip movement for character models which makes it feel even more dated. Environments also look a generation behind, but there are some effects like reflections that make the floor look like a basketball court given the sheen which is hilarious. The highlight of The Caligula Effect is definitely the soundtrack. While it does get grating listening to the same tune for a long time, the songs themselves are really good. There’s even some music composed by OSTER Project who has done some of my favourite Hatsune Miku tunes. Voice acting is fully in Japanese and there’s no English dub available. The voice acting is good, but not really memorable like the soundtrack.

I can’t recommend this without a lot of caveats. There are far better experiences available on the Vita and you should only buy this if you’re craving something to play on the Vita and can tolerate poor performance and long load times, and have obviously played better games. It is a serviceable RPG that is too ambitious for its own budget and one that fails at integrating its own systems together.

The soundtrack is really good
Nice aesthetic and use of colours

The Caligula Effect is an average JRPG with a memorable soundtrack that has some ambitious ideas for mechanics, but fails in executing them in a constructive manner.

New trailer showcases some of the new features in The Caligula Effect: Overdose from NIS America

The Caligula Effect is now available in Europe

The Caligula Effect releases this May on PlayStation Vita