The Missing: J.J Macfield and the Island of Memories review 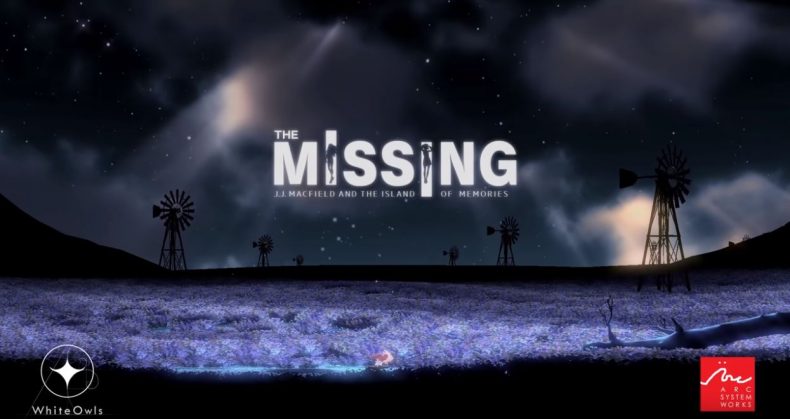 Sometimes an elevator pitch just cannot do justice to an idea.

I mean, don’t get me wrong: had someone said to me that The Missing was a side-scrolling horror-adventure game about an unkillable girl who repeatedly commits gruesome suicide in order to solve the mystery of her best friend’s disappearance, I’d still have downloaded it straight away. Add the name SWERY to the mix (that’s Hidetaka Suehiro, for those not In the know, who happened to be the mind behind the legendary Deadly Premonition) and I’d download it twice.

But, and this is the bit that continued to surprise me the more I played, The Missing is so much more than its core conceit. Given his track record, you’d likely expect SWERY to be the last person in the world to head up something as, well, progressive, as The Missing, but here it is. Before I get fully into it, though, a small caveat: without spoiling too much, The Missing goes to some places I have very little knowledge of, to the point that I genuinely can’t fully comment on some of its deeper themes, and to do so would be borderline insulting. As a human being in general though, I can say that behind all the self-mutilation, nightmarish monsters, and gruesome puzzles, The Missing is an incredibly human story.

It begins with protagonist J.J and her best friend Emily taking a camping trip to a beautiful picturesque island off the coast of Maine. After sharing an intimate yet awkward moment, the story takes a dark turn when Emily goes missing and J.J is left to brave a raging storm alone. The first brutal shock comes soon after when J.J witnesses a hideous beast mutilating what appears to be another version of herself – but the real game begins when J.J is struck by lightning and burns to death, only to rise again. Now this being a SWERY game, she doesn’t do anything so mundane as simply get back up. Instead she is administered to by a bunch of glowing woodland animals like something from a very bleak Disney movie, led, I should add, by a white-coated doctor with a deer’s head. From this point, it takes an awfully long time to die from physical wounds, and J.J must use her newfound powers to progress. For example, she might use her own severed limbs as a counterweight or to throw at and dislodge boxes and collectibles; or get smashed into a broken mess by a wrecking ball which, for some reason, reverses the verticality of a given area and allows J.J to walk on the ceiling. She can even set herself on fire to clear debris or illuminate darkened areas.

Every self-mutilation and regeneration is brutal, delivered with a chorus of sickening sound effects and macabre imagery as bones re-set and skin regrows. Aside being able to pick up rocks and fruit to throw, the only other mechanic J.J can employ is the ability to crawl either on all fours or on her belly to get under obstacles. Movement in general can occasionally be a little frustrating. J.J isn’t the quickest cat, and there are several intense sequences that require you to move as fast possible to avoid a savage and permanent end, which are exacerbated by things like sluggish jumping controls and ponderous crank-turning or box-dragging. These moments are more common during the back half of the five-hour campaign, though, and while annoying aren’t enough to hamstring the game’s momentum. As you explore you’ll find a total of 271 iced donuts floating around the locales, which when collected allow J.J to review text message conversations with Emily, her school friends, her mother, her professor and, oddly, her recently cremated plushy toy. It’s these text messages that weave the often surprising backstory together, and it soon becomes clear that all is not what it seems. It’s very difficult to say anything without spoiling things, but as an allegory to teenage angst and the struggles with identity and acceptance that are all too prevalent in modern society, The Missing is surprisingly tactile and sometimes shockingly accurate. Believe me when I say there are people out there with whom certain elements of this game will resonate to an almost painful degree, and that makes it more than just a throwaway horror story. To many, this game will be important.

The final twist is well-executed, and if you’ve collected everything you’ll unlock new costumes for subsequent runs, but without the minimal-yet-compelling story surprising you and drawing you on, replays have rapidly diminishing returns. But you might just want to play it again for some of the environments. One particular standout comes early on as you run J.J through a field of lilac flowers beneath a huge full moon. It’s like something from Bloodborne as lightning pierces the clouds, setting windmills alight and smearing flames across the distant fields. While the gameplay is equal parts Limbo, Inside, and Oxenfree, some of the background art is utterly unique and distractingly beautiful. The Missing tells a brave, very personal story through the unlikely medium of torn limbs, shredded body parts and immolated teenage girls, and it does so confidently and subtly, using text messages and snippets of memory to highlight key moments in the past that make little sense out of context but come together to create a genuinely unique narrative.

Sadly, the voice acting often leaves a lot to be desired, and the controls are not always your friend, but The Missing is a game that deserves to be played. Clever, surprising, beautiful, and brutal, it might not quite match Deadly Premonition’s deliberately disturbing pedigree, but this is certainly SWERY’s most mature title to date.

The Missing is a compelling, interesting and unique horror-adventure

You may also like
Arc System Worksarc system works americaReviews