previous
The Missing: J.J Macfield and the Island of Memories review
random
next
Call of Duty: Black Ops 4 review
0 likes 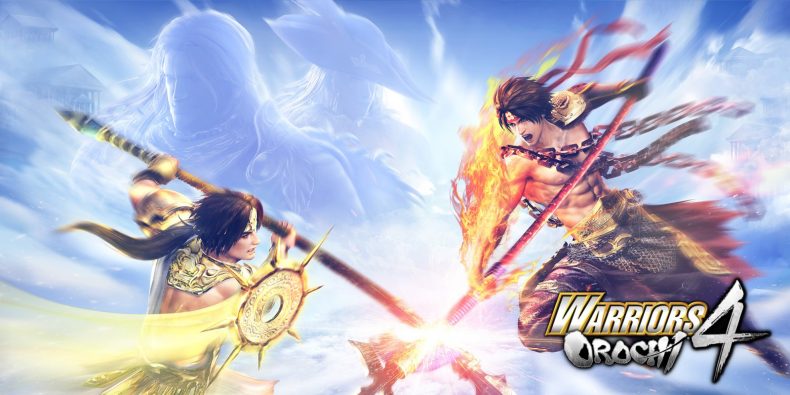 One hundred and seventy. It’s a pretty big number. It’s more than the number of Pokemon in any generation, and it dwarfs the current upcoming roster for Super Smash Bros. Ultimate, but 170 is precisely the number of playable characters you can unlock in Warriors Orochi 4. With the game following the franchise tradition of increasing its playable character count with every iteration, this latest release has landed at a number that would make even the most expansive fighting titles blush. And if you think that amount sounds over the top, you’d be completely right.

But over the top is what the Warrior franchises know and love, with the main premise of you against thousands of enemies being the perfect example. The quick normal attack and the slower, but more powerful charge attack are back as is their combo potential. Also seeing a return is the inclusion of Musou attacks, a very powerful special attack that depletes the Musou gauge, which refills over time. All of this feels familiar, as you cut your way through groups of enemies and get into a rhythm. What is new to this instalment is the inclusion of magic, a separate meter that is utilised by holding a trigger button and then either the normal, charge or Musou attack button. This mechanic adds character-specific powerful attacks that can be strung together like normal attacks, meaning there is even more scope to try out different combos as you’re slaying the endless swarms. However, the inclusion of magic is just one of the ways this game is broken. The magic attacks are incredibly powerful, often dealing with regular swarms with ease with a couple of uses, depending on your chosen character. And the magic meter refills faster than a docker’s swear jar, meaning that you’re very unlikely to run out, unless you’re constantly spamming it. And in the unlikely event you do run low, you can either resort to normal attacks for a bit whilst it quickly recharges, or make use of the special glowing anchors around the level which if you hold the trigger button near will have your meter from empty to full in a couple of seconds.

These design decisions add up to a new mechanic that takes gameplay that was already fairly laid-back and simplistic and makes it incredibly passive and lacking challenge. It’s difficult to look past using magic in almost all situations, rendering most combo options useless because magic spamming is so effective at assisting progress. And in those rare moments when you’re out of magic and not near an anchor, you’ll just drop a Musou attack in the interim, or if you’ve found the item required in the level, unleash your character’s Rage mode for some added oomph to your attacks. With such a powerful array of attacking options, the challenge becomes trivial, and it’s hard to shift the emerging apathy you’ll feel for what’s happening on-screen. And this is made worse by that ridiculous character count. Starting with just three characters in Story mode, you unlock anywhere between three and eight more at the end of each battle, meaning that your character roster will quickly grow to a size that’s difficult to manage or care about. And not only is that due to the speed with which new fighters are added, but because most of them feel very familiar. Sure every now and then you’ll come across a jolly fat man who might join your party, or a more wizened, older warrior may agree to fight for your cause, but often it’s either young handsome male who’s skilled with a weapon, or young female with impractical clothing and heavy in the frontal bounce department. And it means most or your characters seemingly merge into one apart from a few stand out personalities.

And so in the midst of battle when generic fighter A is chatting with generic fighter B, not only do I not pay attention because I’m too busy spamming magic to read the English subtitles of the conversation on-screen, but even if the speech was in English I doubt I’d care because it’s hard to feel enamoured about the feelings of so many different faces, when they’re essentially all on the same side, fighting for the same outcome. But Warriors Orochi 4 seems unaware of this and doubles down on certain RPG elements which further compound the problem. All of your characters gain experience when they are used in your party of three, but given that you recruit more than three additional characters after each battle, your team quickly consists of a large amount of level one characters, whereas the recommended character level increases with the story, meaning they’ll rarely get touched. To try to get around this issue, I would stick with one main character, and bring along two newbies to build their experience, but then all I ended up doing was sticking to my one main character, making the need for such a large roster even more unnecessary. Added to this is additional RPG elements such as different weapons for characters that have different stats and abilities, and level up as you use them, affinity levels between characters, upgrades you can unlock for characters the more you use them, and before long it becomes an unwieldy mess of trying to micromanage so many different characters to optimise everything. Before long you’ll give up on trying to, and to be honest you don’t need to bother anyway, given the level of difficulty on offer.

I understand that up until now, I appear to be criticising Warriors Orochi 4, for being itself. The series has always been over the top and big on characters and options. However there are other issues that it can’t shy away from. There’s performance issues by way of frame-rate drops when the action gets too much, and whilst the PS4 version is nowhere near as bad as the Switch in this department, it does still happen enough in battles to notice and frustrate. Also in the brief periods between enemies and you’re travelling around on foot or horseback, you’ll really notice the average looking surroundings that wouldn’t look wholly out-of-place on a PS3. I’ll admit that during the hectic combat, you don’t notice as much, but it doesn’t really excuse the bland textures and lack of detail in the environments. Overall it feels like Warriors Orochi 4 has plumped for quantity over quality. By choosing to add more and more characters and features to the game, it surpasses the critical point where those add any incremental value. Instead they at best become background noise, at worst become frustrating hurdles to overcome. Now of course, there will be those of the school of thought that there’s plenty on offer here for your money. A plethora of characters, 70 missions to complete, and a whole host of RPG elements to sink your teeth into learning about and optimising. For those die-hard fans willing to commit the time and dedication required, this will seem like an ultimate package. And that package may be enough to overlook the shortcomings in character differentiation, slight frame-rate issues and outdated textures. But for many, and especially new players, there will be too much on offer here that doesn’t add to the experience, and feels like unnecessary padding. And by adding the magic mechanic in, it all becomes too simple, and whilst there are more combo opportunities than ever, you’ll find it’s just quicker and easier to spam your most powerful attacks, especially when in range of a mini-boss character.

Whilst not perfect examples of the genre, there’s a reason why crossovers like Hyrule Warriors work better the Warriors Orochi 4, because their roster at 34 is just a fifth of the characters to manage, and all feel different enough for their place to be justified. With a tighter, more purposeful headcount, the RPG elements don’t overwhelm as much because you’re dealing with a manageable amount to begin with. The story and interactions also matter more because you can recall every individual and their story better, and appreciate nuances in conversation, or their involvement in a particular battle, and that makes each stage feel more interactive and important. By steamrolling you with sheer content by numbers, Warriors Orochi 4 undoes all of its potential and charm, and coupled with some performance and visual letdowns, makes it hard to recommend.

Too many characters, making it hard to follow or care about their stories
Overpowered, fast-charging Magic ruins the challenge
So much to micromanage between battles
Environments don't look great

There's too much packed into Warriors Orochi 4 making it an over-complicated mess. It's fun at first, but you'll lose interest as the challenge wanes and you get burdened with micromanagement.