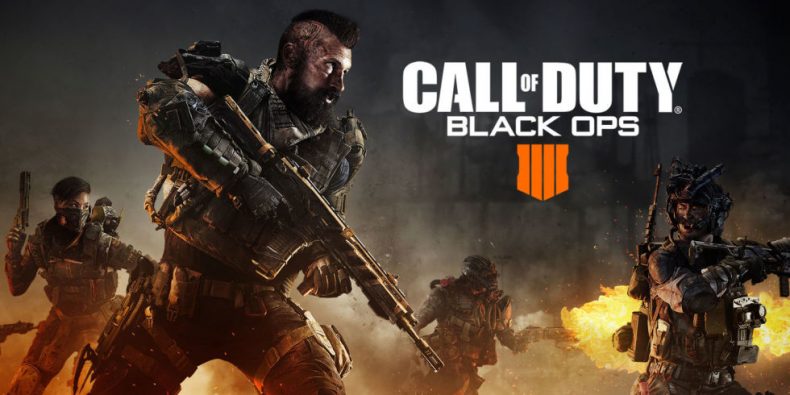 When Treyarch announced that the fourth iteration of the highly successful Black Ops storyline would not include a single player campaign, there was a collective intake of breath that this could be a mistake for Call of Duty. However, on release it seems that removing resources and focus away from crafting what are often daft but enjoyable campaigns full of bombast and spectacle and instead pouring all that energy into a suite of multiplayer modes may well have been the best decision for the team to make. That is, of course, if you are one of the millions of players who pump hours upon hours into the addictive loop that has been the core of Call of Duty online since Modern Warfare. For those players, and for new alike, this is the slickest, most balanced multiplayer experience COD has offered up for quite some time.

It’s not all online though. The Black Ops narrative is still in the game, but has been flattened and condensed somewhat into a tutorial come loose story in the single player portion of sorts – the Specialists HQ. These are little introductions into each specialist and their abilities, followed up by a bot-filled match to test them out on. You are no longer an unnamed grunt on the battlefield, now you have cool call-signs like Torque, Battery, or Nomad. Each of these specialists have their own equipment and special ability that will take a while to charge up in match. Ruin, for example has a grapple gun equipped to what in the past would be your grenade. This allows him to grapple and move much faster around the map adding some verticality to his play, and his special ability is the Grav Slam, which is a powerful and lethal kinetic device that he slams into the ground killing any enemy within its blast radius. Tonally the tutorial missions are a bit off, with an overly macho drill instructor in the form of Frank Woods, a regular character in the Black Ops series. There has always been an element of tongue-in-cheek machismo in Black Ops, but it is more cringe inducing than amusing in the HQ. There is only so many times I can stomach being called “a fucking artist” after I blow the legs off an unsuspecting grunt before I start to grimace a little. There’s more story and cut-scenes to unlock in HQ for those players up for a little challenge: things like getting a certain number of kills without dying and completing the missions on Veteran will award them, but making the attempt to inject some narrative into a purely multiplayer game falls a little flat. As for the multiplayer, Black Ops 4 features a wide range of modes to play. There is the familiar Team Deathmatch or Domination modes, but also new modes Control, which borrows from Battlefield’s Rush mode with two points to attack or defend, compounded by a limited number of respawns per team and new single life mode, and Heist where each team needs to capture and bring bag a bag of money to an extraction point. During the round, kills, revives etc. earn cash to be spent in the set-up phase to purchase new weapons, attachments or killstreaks. These are nice to have and switch up the gameplay a little, but by far the most significant talking point of the multiplayer suite is just how smooth it all runs. It seems that after a decade of developing online multiplayer, Treyarch has finally cracked it. Matches run like butter with nary a sense of lag, the work done to smooth out differences in player’s connection times all but invisible, to give a sense that finally – finally – you are playing on a level playing field. There are still issues with the spawn algorithm that far too often puts you back into the action too close to enemy combatants, but the Seraph specialist has a handy tac-deploy beacon that minimises or amplifies this issue depending on the ability of the player to read the battlefield.

The specialists are limited to one or two maximum per game which makes it a hero shooter of sorts, but not quite as there isn’t a sense that one specialist is better pitted against another. Instead matches feel a lot more like a collaborative effort: Torque can place down barriers to block off certain routes and funnel enemies down towards your team, whereas Crash can drop additional ammo packs and provide a much needed health boost to every member of the team alive when he uses it. It’s still very much every person for themselves in matches, but the specialists plus a generous EKIA system that rewards not only the player who gets the final kill shot on an enemy, but also the player that did damage makes even the least skilled player feel like they have been useful in a match. The horde mode Zombies is back as well, with a variety of new ways to play. There are new perks to play with as well as classes and elixirs to blend and an increasing amount of obtuse puzzles to solve, or not, in game. You can play in two different story timelines, Aether or Chaos. Aether is the more complicated of the two featuring a story that seems to tie up with the original four characters introduced in Zombies in World at War. The story is delivered through a sequence of tasks that need to be carried out during the waves of enemies and for new players or those that aren’t that familiar with Zombies this method of story telling can be a little confusing. There is, however, a fairly robust tutorial mission that outlines some of the basics and more advanced elements that make up Zombies, but most of it will need to be learned through an extensive process of experimentation in game.

There are three maps in the core title: the gladiatorial arena of IX which features shrines to four different Gods; the tight, claustrophobic corridors of the sinking Titanic in Voyage of Despair; and Blood of the Dead set in Alcatraz. Each map requires a different way to play resulting in an experience that feels suitably different depending on which you choose to play on. Furthermore, you can choose to play on standard Survival or the new arcade type mode Rush. Whereas in Survival you must kill Zombies to get points to spend on weapons and opening areas, in Rush weapons and ammo are free and instead you must kill Zombies while avoiding damage to build a multiplier. Survival still feels like the main mode, but Rush does offer a change of pace for switching things up. Elsewhere there are new power weapons to play around with for each character that can help turn the tide of a difficult engagement as well as elixirs you can mix up and equip that offer you limited use abilities on a cool down. Things like “Anywhere but here” which, once taken, can teleport you out of a tricky situation to a less populated area of the map, or “Head Scan” that will give you an increased chance of a headshot being an insta-kill that will last for two minutes. Up to four elixirs can be equipped before the match starts with each class starting with a different set-up.

I’m not a huge player of Zombies, but the games I have played feel like much of the mechanics from previous iterations have been streamlined here. The puzzling still feels unnecessarily obtuse, but the actual process of shooting and moving around the map trying to discover the secrets feels so good that even mindlessly playing has some satisfaction to it.

The biggest, and by far the most notable change to Call of Duty this year, has been the introduction of Blackout – the Battle Royale mode. For the longest time Call of Duty has been the biggest selling first person shooter franchise, continually topping best-selling charts and leading the pack in terms of innovation. It has been weird then watching it over the past few years chasing the cultural zeitgeist, mostly notable of which is the incorporation of Titanfall-esque movement with wall running and boost jumping and now with a Battle Royale mode hoping to challenge the supremacy of Fortnite and the more realistic PUBG. And, with Blackout it may just make a dent in the huge numbers playing those games. Blackout throws a large number of players, currently eighty-eight but with plans to increase that number, into an ever decreasing map. Resources such as guns, ammo, one time use perks, equipment, armour and health are scattered around the various structures and you will need to gather as much as you can carry. The game is won by being the last person or team standing at the end. It’s a familiar set-up and Blackout adds nothing particularly new, unless you want to consider the exceptional handling of the weapons and balancing of the equipment. In fact, underpinning everything that Black Ops 4 has to offer is the incredible feel of the guns. They have weight and there is a sense that you can feel every bullet hitting your opponent.

The map is a reasonable size with various locations that players familiar with the Black Ops series will recognise from Asylum, to Turbine, Firing Range and the ever popular Nuketown. There’s plenty of secrets and Easter eggs to find as well for those inquisitive players, but more importantly there is a sense that the pacing just right. The map is big enough to provide some moments of solace, but small enough that engagements can come frequently so you never feel too far from the action.

Black Ops 4 is an excellent entry into the series. Visually it feels a little out dated and on a standard PS4 even looks a little rough at times. The over-saturated palette does do a little to make it look a bit more appealing, but graphically it isn’t the strongest. Where it does shine though is in the balancing and weapon feel. Without any sense of hyperbole this is the tightest gun play a Call of Duty game has delivered in a long, long time – perhaps ever. Although some people may mourn the loss of the single player campaign, it would seem that driving focus purely into the delivery of the multiplayer elements that has seen Call of Duty top the charts time and time again has been just the right sort of gamble.

Black Ops 4 is an excellent entry into the series. Some may mourn the loss of the single player campaign, but this is the tightest most balanced multiplayer the franchise has seen in a long while.